Android Auto for Phone Screens Officially Comes to an End 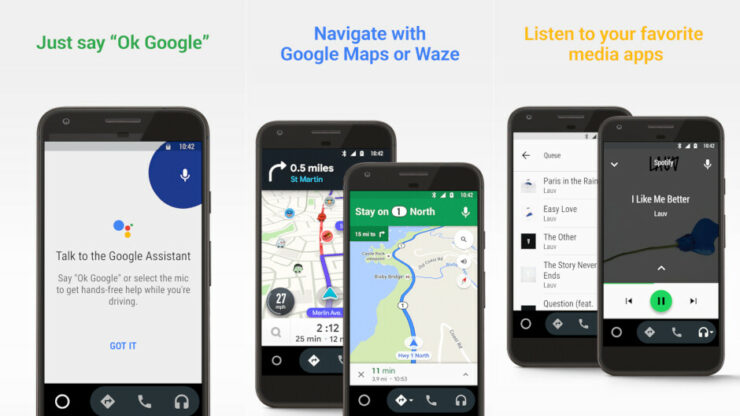 Android Auto was first introduced back in 2015 and it was a way to use maps, navigation, and music playback on Android smartphones without any distractions. Users got access to larger UI elements that would allow for a better viewing experience. However, the company is now shutting down the Android app that they made for phone screens.

The Android Auto for phone screen is being shut down and you will not be able to use it anymore. The original Android App is now limited to in-car infotainment systems. This should not come as a surprise as it has been a few years since Google stopped offering a car-optimized UI in the app. Plus, the Android Auto for phone screens was already incompatible with Android 12, and a few days ago, the app started displaying a message that it will stop working soon. The change has gone official and the app has stopped working entirely even on the phones running older Android versions.

However, Google is not going to leave you out of options. As a replacement, people are encouraged to use Google Assistant's Driving Mode on their smartphone screens. The mode offers a similar UI with large elements. However, it still is not a complete replacement.

You see, unlike Android Auto, Google Assistant Driving Mode is not as easy to launch since there is no dedicated icon in the app drawer. You will have to issue a command like "Hey Google, launch Driving Mode." Another downside here is that the app cannot be used in landscape mode, which is going to be a disadvantage for most people. It does support most music services, but the UI does not offer the full experience.

Samsung is the one company that used to deliver a car-optimized UI but even that was discontinued after the launch of Android Auto.

How do you feel about Android Auto being discontinued? Let us know in the comments below.

The post Android Auto for Phone Screens Officially Comes to an End by Furqan Shahid appeared first on Wccftech.