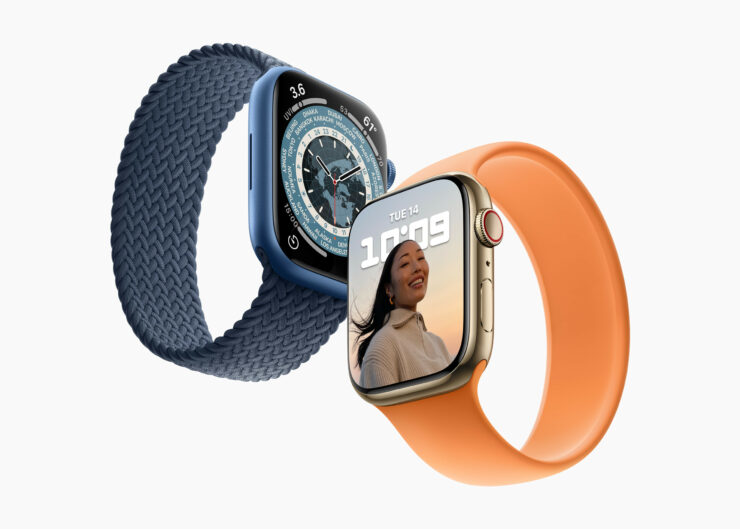 The Apple Watch Series 8 may not bring a slew of upgrades that earlier rumors prattled about, but it could have one health feature allowing users to measure their body temperatures. However, it all depends if the upcoming flagship wearable passes the internal tests.

On his Power On newsletter, Mark Gurman talks about past information related to the Apple Watch Series 8, including one where he painfully reminds readers that the smartwatch will arrive with the same SoC present on the Apple Watch Series 7 and Apple Watch Series 6. Fortunately, one change, according to him, is the addition of a body temperature sensor, but if you were hoping for accurate readings, you will be disappointed.

Instead, Gurman writes the following that the Apple Watch Series 8 may only inform the owner if it thinks that body temperature is moving away from normal readings. The wearable would then recommend the wearer to visit a doctor.

“You can expect some new health-tracking features in this year’s Apple Watch. In April, I reported that Apple has been aiming to add body-temperature detection to its Series 8 model, assuming the capability passes muster during internal testing. I now believe the feature is a go for both the standard Apple Watch Series 8 and a new rugged edition that’s aimed at extreme sports athletes. It’s unlikely to be available in the new version of the lower-end SE, which is also coming this year.

The body-temperature feature won’t give you a specific reading—like with a forehead or wrist thermometer—but it should be able to tell if it believes you have a fever. It could then recommend talking to your doctor or using a dedicated thermometer.

Other than the body-temperature reader, other hardware changes will probably be minor. As I mentioned earlier, the new models are likely to offer the same processing power as the Series 6. There’s also been internal chatter of updated displays in the new high-end models. I’m hoping they’re brighter.”

The Apple Watch Series 8 will reportedly arrive in three sizes, but there is no confirmation if this model will get a design change that includes flat edges like the iPhone 12 and iPhone 13 series. Aside from this, we may not get blood glucose monitoring, but enhanced activity tracking may still be on the cards. In total, we might see three variations of the Apple Watch Series 8, including the regular model, an affordable SE version, and a rugged edition, with all three expected to be announced alongside the iPhone 14 series.

Though the Apple Watch Series 8 is not reported to arrive with a design or chipset upgrade, seeing a potential health feature is welcoming, assuming those internal tests get passed.

The post Apple Watch Series 8 Will Feature Body Temperature Sensor to Detect Fevers, but Only if Internal Tests Are Passed by Omar Sohail appeared first on Wccftech.