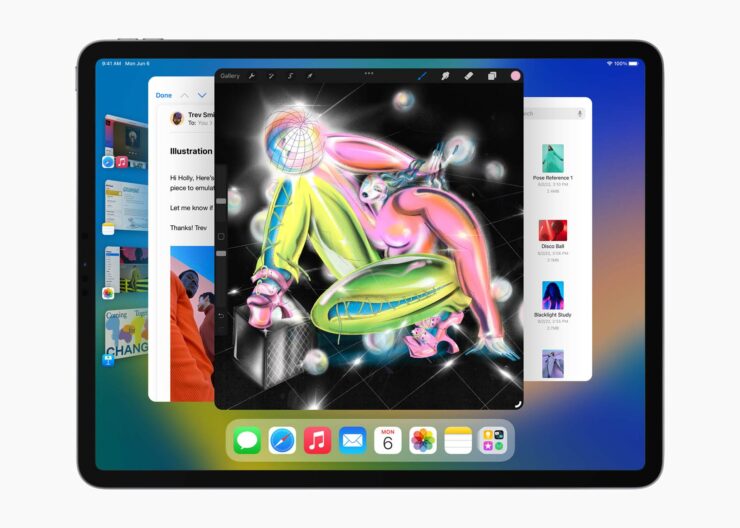 Apple has plans to introduce a larger 14.1-inch iPad in the near future, and according to a previous report, it would have been a ‘Pro’ model with a mini-LED ProMotion-supported screen. However, one analyst has corrected his earlier prediction, and it is disappointing to hear that it might not be a high-end version that we could be looking at in a few months time.

Thanks to an updated prediction from Ross Young through a tweet intended for this Super Followers, 9to5Mac reports a change in Apple’s supposed launch plans. Apparently, the new 14.1-inch iPad may not belong to the ‘Pro’ family at all, with new information claiming that the upcoming slate will not sport a mini-LED screen or support ProMotion technology.

For those that do not know, ProMotion technology is a marketing term that Apple uses for its products that have a high refresh rate display. Young states that the slate will have regular LED edge lighting, which may disappoint potential future buyers since it will lack mini-LED, but it could be Apple’s grand plan to target a larger audience.

“Surprisingly, we confirmed that 14.1″ iPad will not have miniLEDs after all, just regular LED edge lightning. It will also not likely be ProMotion either after talking with panel suppliers. So, it won’t likely be an iPad Pro, just an iPad. Q1’23 still looks likely thought.”

With ‘Pro’ features removed, the 14.1-inch iPad will likely be cheaper and target more customers thanks to its competitive pricing. The analyst also states that a Q1, 2023 launch looks likely. There is no word if this larger tablet will replace the low-cost 9.7-inch model, nor do we have any updates on what kind of design changes to expect.

If Apple does have plans to introduce an iPad Pro bearing the same display size, the regular version may share the same chassis, in which case it may also support Face ID, but all of this information was, unfortunately, not shared by Ross Young.

Hopefully, before the start of 2023, we will get to know about Apple’s plans, so stay tuned.