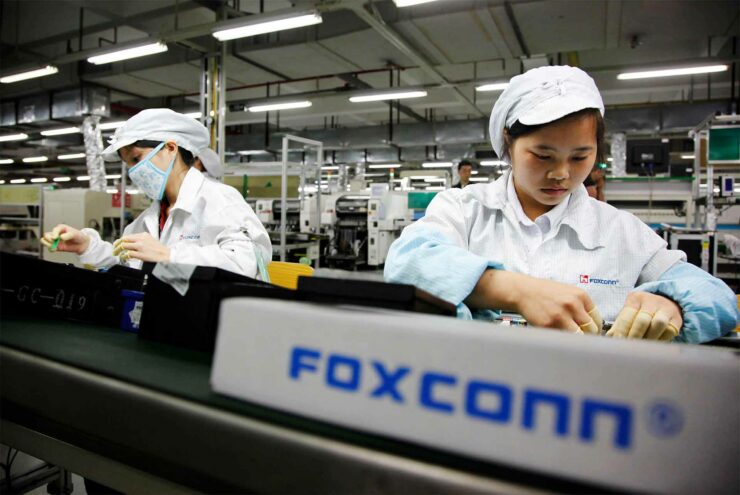 As Apple suppliers begin shipping iPhone 14 components, it will be up to Foxconn and its workers to piece it all together and start transporting those units weeks before those four models are officially announced. To keep up with all those shipments, Foxconn is said to attract workers by offering them attractive bonuses.

Foxconn Will Reportedly Pay New Workers Bonuses Equal to $1,345 per Person, With Certain Conditions in Place

Though we do not know how many iPhone 14 units Foxconn’s workers will be assembling, an earlier report claimed that Samsung would supply around 80 million OLED panels for Apple’s flagship series. The remaining number will be undertaken by LG and possibly BOE. In short, Foxconn will have an uphill battle if the assembling giant and its workers are to ship more than 80 million units in 2022, prior to Apple’s official announcement.

To keep up with this grueling goal, South China Morning Post reports that new workers at Foxconn’s Zhengzhou plant will be paid a bonus equal to $1,345 (9,000 Yuan) if they stay for more than four months. The previous sum was $1,193 (8,000 Yuan) during the same period a year earlier, but it jumped to $1,521 (10,200 Yuan) in August 2021, likely due to high demand, with Foxconn naturally requiring more workers to fulfill shipments.

Apple’s assembling partner could increase that $1,345 bonus figure if demand picks up. For returning staff, the company is offering $1,420 (9,500 Yuan) in bonus payments if they stay over four months, along with the same monthly compensation they were getting at Foxconn before they left. The Zhengzhou plant accounts for 80 percent of iPhones released worldwide, so it is imperative that more workers are assigned to that facility.

Foxconn could also have commenced its hiring spree in advance due to disruptions caused by COVID-19 lockdowns, so some extra helping hands can help sate demand during the iPhone 14’s official launch.