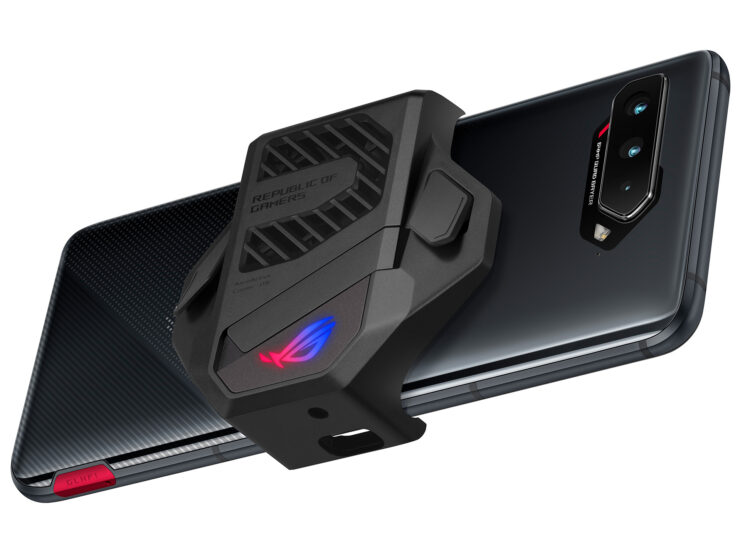 When you are talking about the best gaming smartphones in the market, Asus ROG phones lead by example as these phones pack a lot of power, shoulder keys on the edge of the device, and a laundry list of accessories. We do know that the company is preparing for the Asus ROG Phone 6, and today, we have some exciting news to share about the upcoming gaming phone.

The Asus ROG Phone 6 has passed through China's TENAA regulatory body, the filing has given us a look at the specs as well as the design of the phone. Surprisingly, the version we are seeing is the Tencent-branded version of the phone, which leads us to believe that the company might release more than one edition.

You can check out how the image looks below.

For anyone who has been expecting a departure as far as the design language is concerned, that seems to be not happening. The Asus ROG Phone 6 looks a lot like its predecessor and that is not a bad thing, to begin with. The white in particular looks really good and it does seem like we are going to get some RGB lighting as well.

As far as the specs are concerned, according to the TENAA listing, the Asus ROG Phone 6 brings a 6.78-inch OLED screen, a Snapdragon 8 Plus Gen 1, 18 gigs of RAM, 512 gigs of fixed storage, 50-megapixel main camera, and a 13-megapixel secondary camera on the back. We cannot be sure what the third rear lens is.

It is also worth mentioning that the specs in terms of memory will marry as the phone could be available with lesser storage as well as RAM capacity.