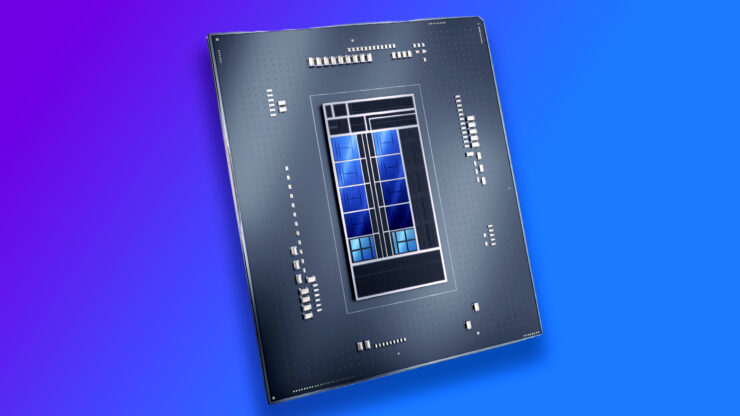 Intel's 12th Generation Non-K Desktop CPUs are amongst some of the best mainstream & budget tier chips that one can find on the market right now, giving the best overall performance at an eye-catching price point. Recently, there have been motherboard vendors such as MSI and ASRock who have revealed their new B660 series designs that rock external 'BCLK' clock generators that allow users to overclock their Non-K CPUs, but it looks like Intel isn't happy with these products & in fact, wants to make sure that no such products exist in the market.

Currently, there are only two products on the market that allow BCLK overclocking on Intel's 12th Gen Alder Lake Non-K CPUs. These include the MSI MAG B660M Mortar Max WiFi DDR4 & ASRock's B660M PG Riptide. These aren't fairly expensive motherboards and with both of them being DDR4 variants, they have the potential to attract a wider audience in the budget segment considering the DDR5 prices are still way too high. The other main attraction of these motherboards is the fact that they support BCLK overclocking on Non-K Alder Lake CPUs.

Starting with the motherboards first, the MSI MAG B660M Mortar Max WiFi DDR4 comes with a 14-phase VRM design that features an extended heatsink solution. The board is powered by dual 8-pin connectors and has a nice black and silver aesthetic going on. The main feature is obviously the OC Engine design which features an external BCLK generation, allowing overclock on the motherboard for Intel's 12th Gen Alder Lake CPUs. We recently showed you a 5.1 GHz Core i5-12400 OC demo on the same motherboard which you can see here. The motherboard is expected to launch in July and will be priced in the sub $200 US segment.

ASRock, on the other hand, has its 15-phase B660M PG Riptide which is powered by an 8 and 4-pin power connector configuration. The motherboard also comes with all the essentials that you would expect from a mainstream Riptide motherboard and has a nice dark black aesthetic with blue color and RGB add-ons. This motherboard is also expected to be available within this month.

Both B660M motherboards are very capable on their own with the MSI Mortar Max WiFI giving a slight edge to users in the power configuration thanks to its dual 8-pin connectors which can help sustain higher clocks on the top Non-K CPUs such as the Core i9-12900 or the Core i7-12700. For mainstream users, pairing something like a Core i3 or Core i5 'F' series Alder Lake CPUs and some DDR4 memory is going to be an insanely good value compared to competing AMD Ryzen CPUs as also showcased by Steve at HardwareUnboxed using the MSI MAG B660M Mortar Max WiFi DDR4 motherboard:

But the main thing I wanted to point out in this post is also one of the main reasons why these motherboards took so long to reach the consumer segment. Motherboard vendors have been really excited about the potential of Non-K CPU overclocking and their new designs for Alder Lake and future generation of CPUs but this same level of excitement isn't shared by Intel. In fact, Intel's opinion is simple, if you do any sort of overclocking on the Non-K CPU, you void the warranty.

Intel believes that the Non-K Alder Lake CPUs aren't designed to handle overclocking and can degrade the performance or even kill the CPUs after prolonged uses. MSI and ASRock may have gotten away with their Non-K OC designs for now but Intel may reinforce more strict parameters come 13th Gen 'Raptor Lake'. This has been the same case since Skylake's Non-K CPU lineup.

Intel should know that by keeping such designs open to public, the company can generate a lot of market share in the highly competitive mainstream and budget PC segment. Intel's concerns are valid as the non-K OC does produce higher temperatures along with pushing 'higher than spec' power into the chip but it's nothing as rampant that would lead to long-lasting damage to the chip. Hopefully, Intel will look into this, & instead of blocking Non-K designs, allow them in the future.