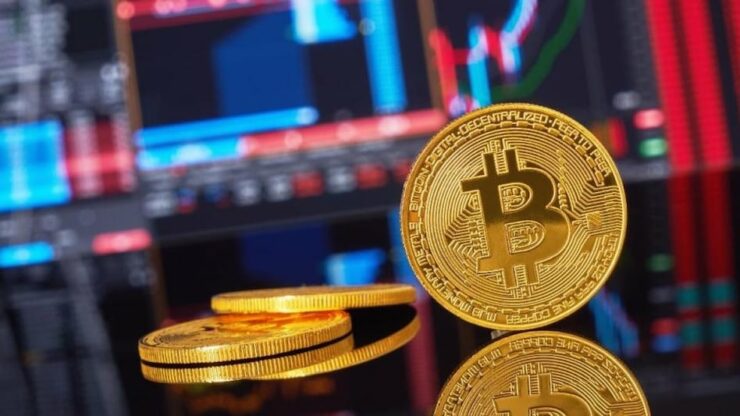 Some call it the deep breath before the final plunge; others label it a crucial consolidation process before the resumption of its long-term upward trend; either way, Bitcoin continues to vacillate around the $20,000 price level, building anxiety among the bulls and the bears alike.

Against this backdrop, the world’s premier cryptocurrency has now been bolstered by at least one particularly potent tailwind. To wit, the Celsius Network has managed to scrounge up sufficient financing to dramatically reduce the risk of default vis-à-vis its vulnerable pool of Wrapped Bitcoin on Ethereum (wBTC) held in a dedicated vault.

As we had explained in an earlier post, Celsius Network shot to prominence a few weeks back when two of its derivative holdings – stETH and wBTC – were caught in the brutal crypto meltdown melee. Lido-staked Ethereum (stETH) is a Decentralized Finance (DeFi) variant of Ethereum that is issued against staked Ethereum coins and which is redeemable for Ethereum on a 1:1 basis but only after the Ethereum 2 transition takes place following the merge event in late 2022 or early 2023. A few days back, stETH de-pegged from its theoretical parity with Ethereum, leading to chaos in the DeFi space owing to stETH’s status as a vital collateral to underwrite loans in the crypto sphere. As investors started selling large quantities of stETH for Ethereum, Celsius Network faced a liquidity crunch, especially as the market to purchase Ethereum coins using stETH was not nearly as large as the overall demand, prompting the crypto lending firm to halt all withdrawals.

Of course, Celsius Network also remains on the proverbial tenterhooks for wBTC, an ERC-20 token that is fully backed by Bitcoin and managed by the wBTC Decentralized Autonomous Organization (DAO), and which grants its holders access to the Ethereum ecosystem. To wit, the crypto lending firm holds around 23,962 wBTC in a dedicated vault. Critically, if the price of Bitcoin were to plummet to a pre-defined threshold, the vault’s contents would be liquidated in a margin call, leading to a windfall for a few actors. Bear in mind that individuals who flag positions vulnerable to a margin call usually stand to gain between 10 and 15 percent of the cut from any subsequent collateral sale. It is for this reason that some crypto whales were trying to pummel Bitcoin’s price a few days back in an effort to trigger the margin call on Celsius Network’s wBTC vault.

3/ Celsius froze withdrawals on June 12th in response to significant outflows. Its DeFi debt outstanding is $631 million but the magnitude of its non-DeFi exposure is unclear. pic.twitter.com/veQCqiIiv8

This brings us to the crux of the matter. Over the past few days, Celsius Network has been frantically posting additional collateral and repaying a portion of its loan to prevent a margin call on its wBTC holdings. As a result of these efforts, the margin call threshold has reduced dramatically.

As is evident from the snippet above, the liquidation price for Celsius Network’s wBTC holdings has now decreased substantially, virtually eliminating the threat of a margin call.

This development bodes well for Bitcoin, which has been suffering of late due to the souring of sentiment across the crypto sphere due to a cascade of liquidations and margin calls in the DeFi space, with Three Arrows Capital (3AC) emerging as the largest casualty so far.

1/ Bitcoin is trading below its 200 WMA and short-and long-term cost bases for only the fourth time in price history.

To wit, the Puell Multiple, a metric that compares Bitcoin’s daily miner revenue to a 3-year average, is now at a periodic low:

6/ Miners are facing significant pressure. As stakeholders with the most skin in the game, miner capitulation is a key bottom marker.

The Puell Multiple, a measurement that compares daily miner revenue to its yearly average, is at a 3-year low.

7/ Net realized losses in bitcoin recently reached a 2-year low, breaching 0.5% for only the fourth time since 2013. pic.twitter.com/2zBYS5bBIu

As we had explained in a dedicated post on the weekend, we expect Bitcoin to take a significant leg lower when a recession materializes in the US. Amid this uncertainty, Bitcoin bulls would be better off by giving up on the rest of 2022 and the first half of 2023 to concentrate on the second half of 2023, which is expected to benefit from the proximity to Bitcoin’s next halving event.

The post Bitcoin Catches at Least One Stabilizing Tailwind as the Celsius Network Goes All-out Against Short-sellers by Rohail Saleem appeared first on Wccftech.