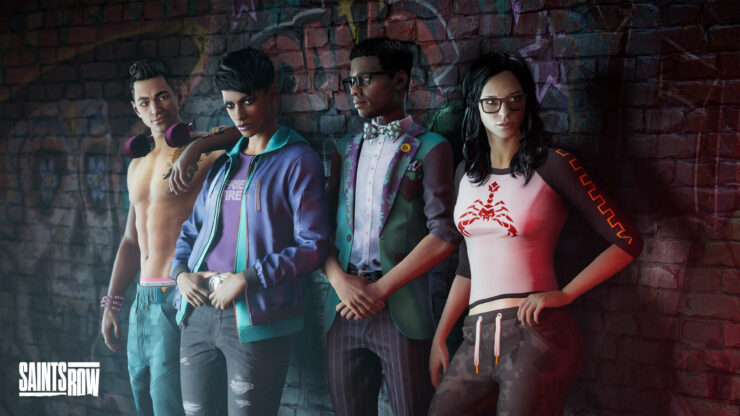 As you would expect, Boss Factory allows players to create the main character to be used in Saints Row ahead of the game's launch date (set for August 23rd on PC, PlayStation 4, PlayStation 5, Xbox One, and Xbox Series S|X). The options will be the same as in the actual game.

The report also says players will be able to share their characters with others via a special code that can be entered on any platform. As such, a character created on consoles can be shared to PC and vice-versa. That's just the tip of the iceberg, as the global Saints Row community will get to vote on character designs and follow their favorite designers.

The most upvoted content will be featured in sections such as the Creator's Corner and the Hall of Fame. Lastly, the Boss Factory tool will require the creation of an account on SaintsRow.com. Upon registering, users will receive a few starting items such as Marshall Defense Technologies Rocket Launcher and two DJ helmets.

Volition has boasted that Saints Row will feature the deepest customization ever in the franchise. Fans will get to customize the usual stuff (gender, hair, body, noses, eyes, mouths, chins, cheeks, eyebrows, eyewear, piercings, scars and blemishes, facial tattoos, makeup) and much more. There's asymmetrical customization, for instance, letting players change single sides of the character's face; there's skin customization, which includes the entire color spectrum and even options like metallic, glossy, matte, and material changes. Last but not least, there are eight voice options in Saints Row (four male and four female).

For much more about Saints Row, read our recap article.