Call of Duty: Modern Warfare 2 Gets Wet and Wild in 7 Minutes of Campaign Footage 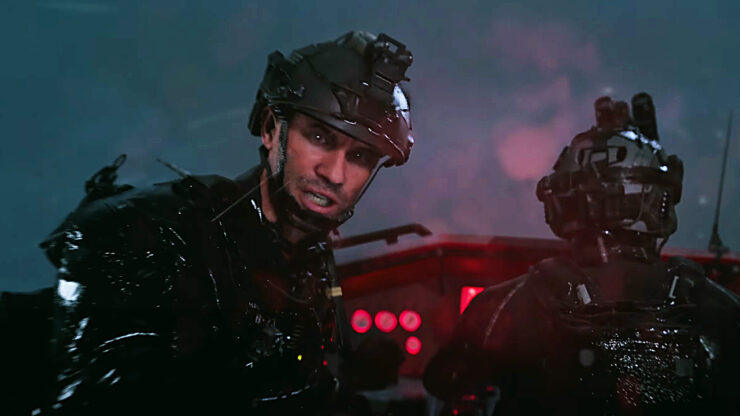 Yesterday, Activision revealed the first trailer for the Infinity-Ward-developed Call of Duty: Modern Warfare 2, which provided a brief taste of the game’s gritty, globe-trotting story, but not much in the way of gameplay or specific details. Well, today at the Summer Game Fest Kickoff Live show, Activision rolled out another Modern Warfare 2 trailer, which offered a look at a large chunk of a campaign mission.

We see Task Force 141 infiltrating what appears to be a drilling platform, in an attempt to stop a missile launch. The action proceeds to a cargo ship, where water physics causes shipping containers and other sources of cover to move around dynamically. It really looks like Infinity Ward is pushing themselves technically with this mission.  You can check it out for yourself, below.

Definitely some eye-catching lighting and water physics in play here. Is this the next-gen experience fans were hoping for? That's up to you, but Modern Warfare 2 does look like the most visually-impressive CoD to date. Need to know more? Here's the game's brief official description...

Call of Duty: Modern Warfare 2 drops players into an unprecedented global conflict that features the return of the iconic Operators of Task Force 141. Infinity Ward brings fans state-of-the-art gameplay, with all-new gun handling, advanced AI system, a new Gunsmith and a suite of other gameplay and graphical innovations that elevate the franchise to new heights. Modern Warfare 2 will launch with a globe-trotting single-player campaign, immersive Multiplayer combat and a narrative-driven, co-op Spec Ops experience.

Call of Duty: Modern Warfare 2 launches on PC, Xbox One, Xbox Series X/S, PS4, and PS5 on October 28. Pre-orders for the game are open now.

The post Call of Duty: Modern Warfare 2 Gets Wet and Wild in 7 Minutes of Campaign Footage by Nathan Birch appeared first on Wccftech.