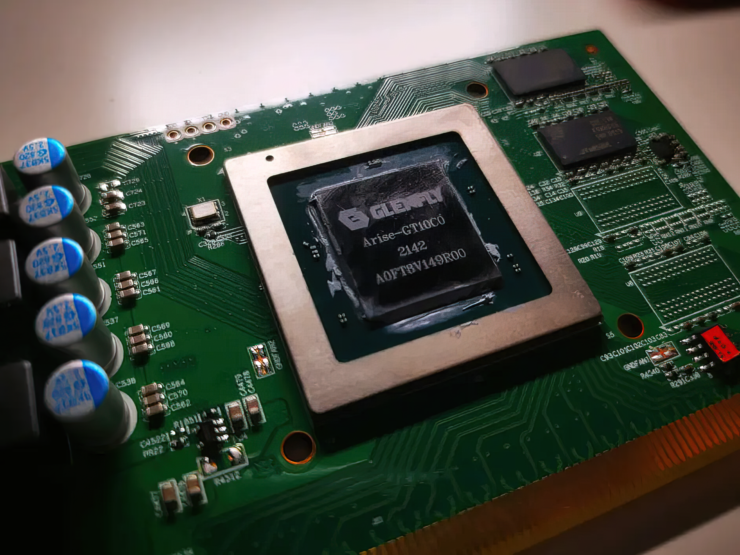 Pictured over at Bilibili, the Zhaoxin Glenfly Arise GT10C0 graphics card is produced for Chinese domestic consumers. The graphics card is a low-end design that is aimed at office use & that's mostly it. It features a green-colored PCB with a standard low-profile cooler that hosts a single-blade fan and an aluminum heatsink block that is situated beneath a black-colored shroud.

The PCB for the Zhaoxin Glenfly Arise GT10C0 features 2 GB of DDR3 memory running across a 64-bit bus interface. There are four additional spots that can host 512 MB modules for a total of 4 GB of memory but they aren't utilized. The GPU itself is the Arise-GT10C0 and hosts a single VGA and HDMI output for display. The GPU features 24 cores though the exact GPU architectural details are unknown at the moment. 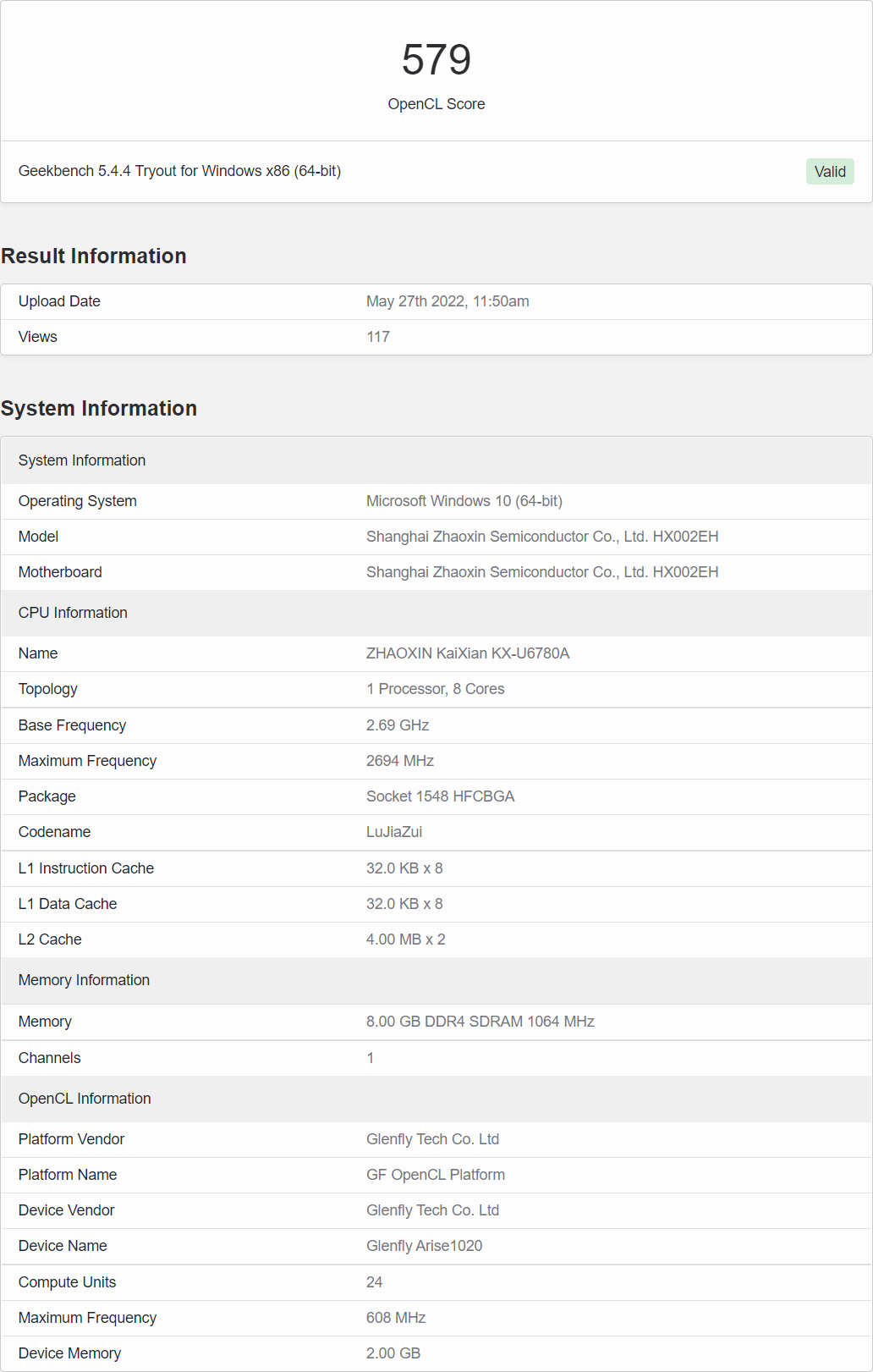 The user reports that currently, there are no graphics drivers available for the card but it can boot in Windows 10 without issues. Earlier, Tomshardware managed to grab a GPU benchmark run for the Zhaoxin Glenfly Arise GT10C0 that was running on a Zhaoxin KaiXian KX-U6780A CPU with 8 cores running at 2.7 GHz. In the Geekbench OpenCL benchmarks, the graphics card barely came close to decade-old GPUs such as AMD's integrated Radeon HD 6480 from 2011 or even the most ancient ARM Mali GPUs. Even the GT 510 from NVIDIA is faster than the Zhaoxin GPU. So we can't expect the performance to improve much even with proper drivers.

With that said, Chinese GPU makers are trying their best to reach parity with AMD & NVIDIA GPUs from 2016. Recently, Jing Jiawei and Innosilicon teased their plans to offer GTX 1080 and Vega class performance in the coming years.  Zhaoxin is also working on a range of x86 processors that may rival AMD's first-generation Ryzen CPUs while Loongson is targetting Zen 3 performance with its upcoming CPUs by 2023.