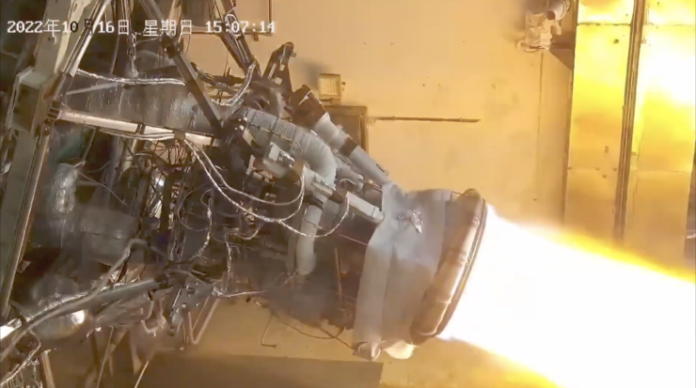 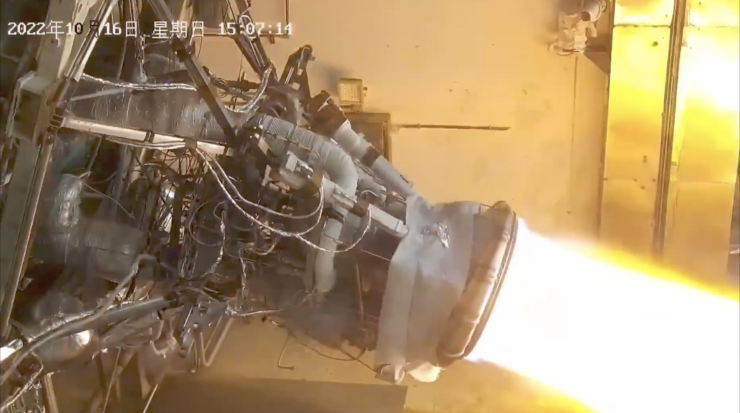 Chinese aerospace firm LandSpace has successfully tested its latest TQ-15A liquid oxygen-liquid methane rocket engine, which is the largest rocket engine developed by a private company in the country. The TQ-15A is the latest iteration of the TQ engine lineup, which is designed to power LandSpace's Zhuque-2 rocket. This engine will power the second stage of the rocket, and the test lasted for 20 seconds in a full duration firing. The Zhuque-2 rocket has faced repeated delays after being scheduled to be launched in 2020, and the company is currently in the final stage testing for the rocket as well.

The TQ-15A is from the same generation of rocket engines as the TQ-12, which will power the first stage of the Zhuque-2 (ZQ-2). These engines use liquid oxygen and methane for their oxidizer and fuel as well, and the TQ-12A, which is the latest iteration in the TQ-12 engine lineup had completed 6,900 seconds of hot fire tests by late August according to the company.

It is the largest second stage rocket engine in China, with a total thrust of 836 kiloNewtons, and is an upgrade over the 11 series engines that were originally planned to power the ZQ-2rocket. Since it began developing the rocket, LandSpace has made several upgrades to the second stage engine, and the TQ-15A increases the specific impulse, increases the throttling capability to range between 55% and 110%, and removes the vernier motors that were initially integrated within it for stability.

The removal of the vernier thrusters resulted in a 400 kilogram weight reduction for the engine, and vectoring will now be done with a thrust vector control (TVC) system that is capable of angling up to four degrees.

LandSpace's ZQ-2 rocket is designed to lift 6 tons into low Earth orbit (LEO), and it will be powered by four TQ-12A methalox engines. The company also plans to reuse its rocket but it is unclear about the range of recovering the components after launch.

Rocket engines have traditionally relied on either Kerosene or Hydrogen for their fuel, and most tend to use the former due to the difficulties of managing the latter. However, a recent shift towards Methane has started, with SpaceX choosing this fuel for its Raptor 2 engines for the Starship rocket.

The TQ-15A was tested without a nozzle, and according to LandScape, it will now continue to test its long range operations, reliability, the ability to quickly scale thrust up or down, cooling, multiple startups and inlet and outlet pressure. This test firing is the first of a series of runs that will last for 970 seconds, and it is part of a five test series that will include multiple startups during a single test run.

China's largest rocket engine is the YF-100 which uses Kerosene as its fuel and is capable of generating 1,200 kN of force at sea level. For comparison, SpaceX's Merlin 1D engine for the Falcon 9 rockets is capable of generating 981 kN of thrust, while America's largest rocket engine, the Aerojet Rocketdyne RS-68 generates a whopping 3,137 kN of thrust at sea level, and sets itself on fire during launch.

You can watch the full test of the TQ-15A down below: