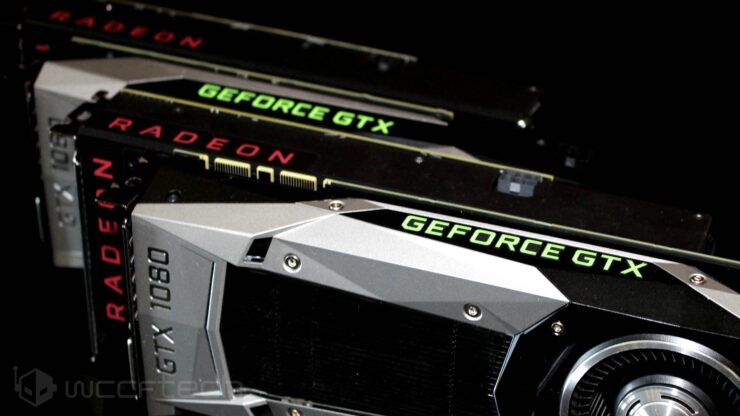 AMD & NVIDIA graphics card prices have dropped hard, and it's not just the used graphics cards that are flooding over from the crypto crash but also new graphics cards at various online shops that are currently available far below the MSRP.

According to reports coming in from China, the latest inventory of graphics cards from NVIDIA and AMD has just arrived in stores and the prices are way below their MSRPs as they should be by now. Graphics card prices have been on a decline mainly due to two reasons, first being the GPU market course correction which saw two years of inflated prices due to supply and logistics issues, and the other being the crypto crash which has resulted in several used graphics cards to flood the market at super-cheap prices.

This has resulted in retailers around the globe correcting the prices on graphics cards from NVIDIA & AMD but most buyers and even shopkeepers are using eBay as a reference for where the prices are heading. The graphics cards being sold on eBay are used and not brand new. There's also no way of telling whether the card was used for mining operations or not. This is where this Chinese price listing comes in which shows brand new graphics card prices at up to 33% below MSRP.

The list includes the previous and new graphics card prices from today (11th July 2022) and also compares them to the MSRP. So coming to the juicy bits, all-new graphics cards from NVIDIA and AMD are now being sold way below MSRP. The only cards that are in the single-digit range below MSRP are the AMD Radeon RX 6950 XT at -6.4% and the NVIDIA GeForce RTX 3060 Ti at -4.1%. One is a fairly new graphics card positioned at the top and the other is one of the most popular GPU in the mainstream segment. Despite that, these graphics cards can now be bought for prices that are lower than the MSRPs in new condition.

The graphics cards with the most aggressive price cuts are also the fastest by each respective company. The NVIDIA GeForce RTX 3090 Ti is being sold at -38% below MSRP while the AMD Radeon RX 6900 XT is being sold for -37.5% below MSRP. The GeForce RTX 3080 Ti and the RTX 3090 have also seen a fairly big price drop of -29% and -33%, respectively. One thing I should be pointing out is that the official MSRP for these graphics cards is slightly higher in China due to added VAT. So now these graphics cards are not only below their MSRPs but also below the international MSRP (minus the VAT).

Based on where the pricing is going, in a few months, we might be able to get an RTX 3090 at or under $1000 US and the same with the AMD GPU lineup. Both AMD and NVIDIA are clearing up their GPU inventory to make room for next-gen graphics cards which are expected to launch this fall. So expect more aggressive price cuts and deals in the coming months.