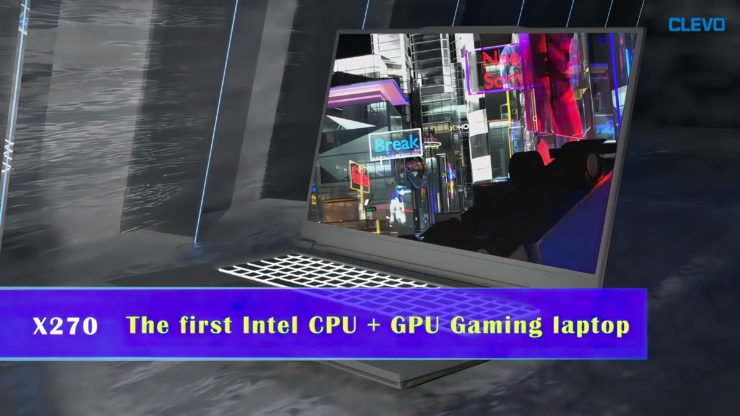 CLEVO posted a short teaser video that showcases the X270 Enthusiast Gaming laptop. We don't know how CLEVO came to the conclusion that this is the first Intel CPU and Intel GPU-powered gaming laptop since there are several laptops on the market now that offer such configurations. The most logical explanation is that CLEVO meant the first laptop with an Intel CPU and a high-end Arc GPU but still, the laptop hasn't yet launched so other vendors may come out with their high-end Arc-powered solutions first.

Well, in any case, the CLEVO X270 is definitely the first 'announced' laptop solution that features the Intel Arc A770M discrete graphics chip. This is the flagship Arc GPU for the mobility segment & has some decent specifications. 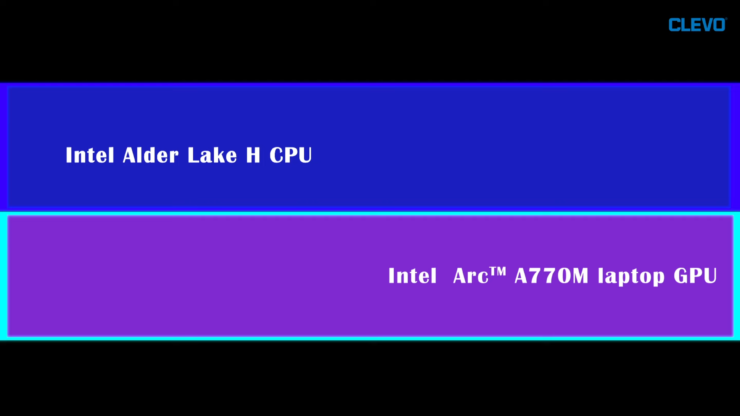 Other than that, the laptop will also rock a high-end Intel Alder Lake-H CPU. CLEVO doesn't seem to be utilizing the higher-end Alder Lake-HX CPUs but that could be done due to power constraints. We have already seen laptops going over 250W with Intel's Alder Lake-HX CPUs and RTX 3080 Ti GPU configurations. So for Alder Lake-H, we can expect up to 14 cores at max versus the 16-cores that the 'HX' lineup offers.

In terms of design, the laptop utilizes a 17.3" Mini LED display panel with a 99Wh battery. The internal cooling includes a 7-Heatpipe cooling solution with dual-fans and CLEVO also seems to be using Liquid Metal TIM (Thermal Interface Material), providing a 10C drop in temps vs a standard heatsink paste solution. I/O includes dual 2-in-1 audio jacks, dual USB 3.2 Gen 2 ports, a pair of Thunderbolt 4 ports, an Ethernet LAN port, Mini-DP plus HDMI display outputs on the back along with a DC-in power plug. There's no word on pricing or availability but one can expect the X270 laptop with Intel's Arc A770M graphics chip to launch by the end of 2022 considering the latest delays.