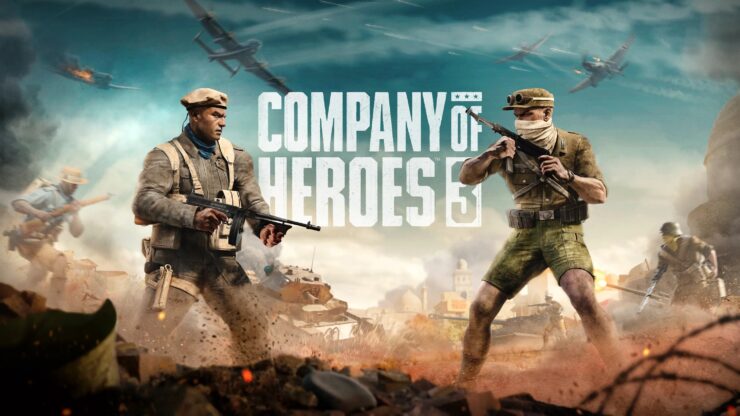 Company of Heroes 3 is expected to debut on November 17th via Steam. Pre-orders are now open at $59.99 with the following benefits:

There's also a Digital Premium Edition, which for a price of $79.99 also includes the game's first expansion (coming next year) and other perks listed below.

At launch, Company of Heroes 3 will feature four playable factions and two single player experiences, the Italian Dynamic Campaign and the North African Operation. The first one offers a branching and open-ended experience, while the latter is narrative-led and structurally more classic.

A wealth of new mechanics has drastically changed the battlefield in North Africa, where tank-riding enables coordinated rapid-strike assaults that overwhelm the enemy. Powerful Italian units can be called upon in Mission Alpha, such as the Guastatori combat engineers and the L6/40 Light Tank. Players can also enjoy new core gameplay innovations like side armour, enemy vehicle recovery and vehicle-towing, which lets you reposition your hard-hitting artillery like the German Flak 36 and British 17-Pounder.

If you're really eager to take charge of your platoon, the developers of Company of Heroes 3 also confirmed that a free-to-play Mission Alpha will be available on Steam from today to July 19th. To play this mission, head over to the official website and sign up for Relic's community feedback program. Players that have installed any of the previous two Pre-Alpha builds won't have to do anything. The Mission Alpha will just appear in their Steam Library.

The post Company of Heroes 3 Launches on November 17th by Alessio Palumbo appeared first on Wccftech.