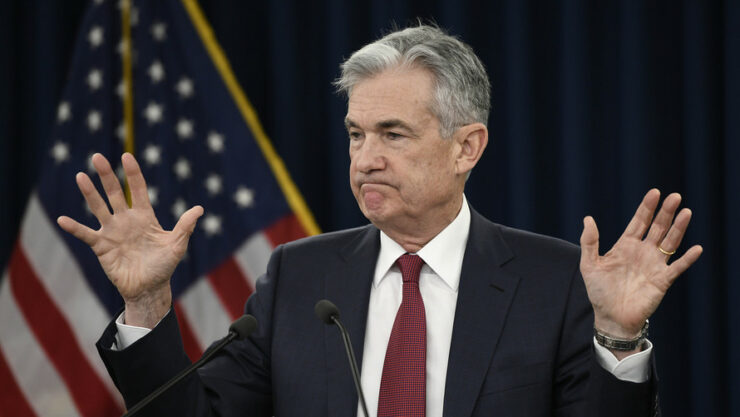 Akin to a calm before the proverbial storm, the benchmark S&P 500 index is in the positive territory at the time of writing ahead of the US Federal Reserve’s momentous FOMC meeting later today, where the apex monetary institution is expected to unleash another barrage of interest rate hikes to try to tame the ongoing inflationary impulse, thereby setting the stage for abnormal volatility. In this uncertain environment, the 2x Long VIX Futures ETF (UVIX) might be the perfect refuge for battered investors.

As a refresher, UVIX aims to provide investors with 2x the daily percentage changes in near-term VIX futures. For the uninitiated, VIX futures are the derivative instruments of the CBOE Volatility Index, colloquially known as the VIX and which acts as the market’s “fear index”. Since UVIX aims to provide double the return generated by VIX futures, it is a levered product, and investors should tread with care in accordance with their respective risk tolerance.

Coming back, as markets crash and volatility increases, VIX futures also increase. Consequently, in an uncertain environment, UVIX can act as a near-perfect refuge for battered investors. On the flip side, due to its levered nature, the instrument can also result in outsized losses relatively quickly. 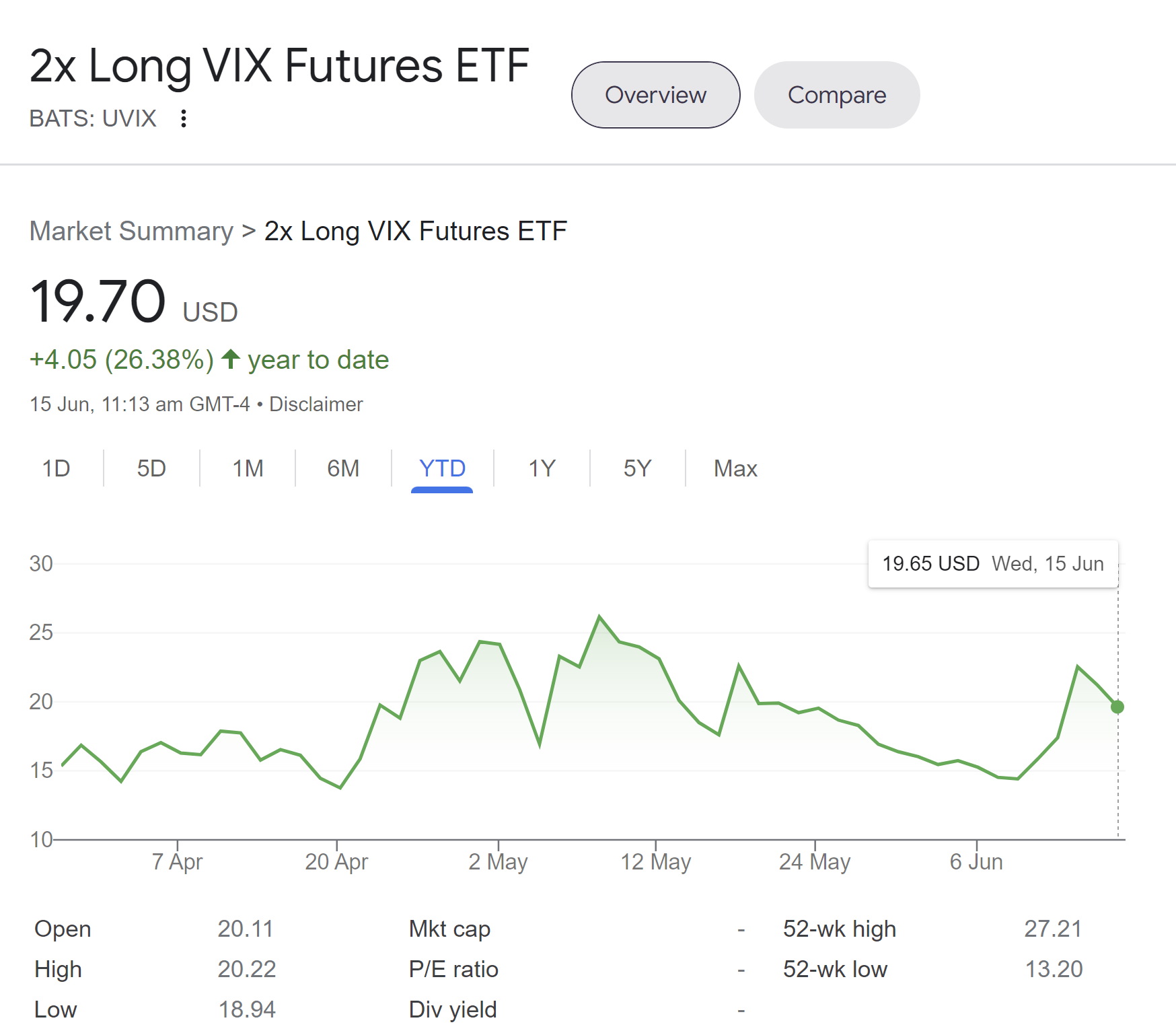 So, why do we think investors should consider hiding behind UVIX today? Well, for starters, UVIX has been one of the best performing instruments so far this year, having recorded gains of over 26 percent since the start of 2022. For comparison, the benchmark S&P 500 index is down over 21 percent during the same period. 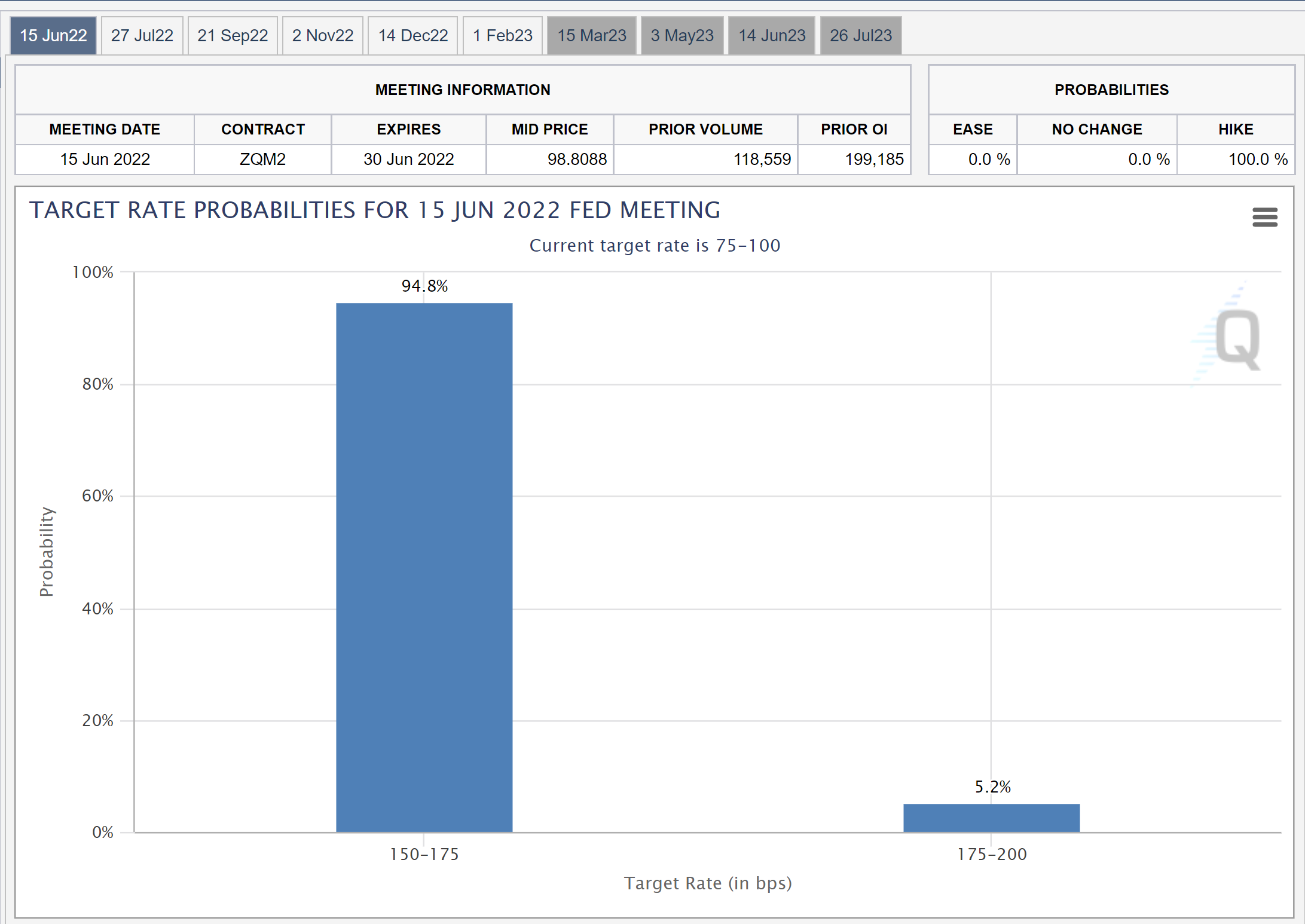 Moreover, as stated earlier, the Federal Reserve is widely expected to raise the Fed Funds rate by a sizable quantum. The snippet above lays down the probability of interest rate hikes that can be expected today. As is evident, the market has virtually locked in a 50 bp (0.5 percent) increase in the Fed Funds rate, with a 75 bp increase also in play. Moreover, speculation has been growing over the past few days that the Fed might go full scorch-earth and hike rates by 100 bp or a full percentage. Even if we get a 75 bp increase today, it would still mark the fastest pace of interest rate hikes since the 1990s. All of this uncertainty plays into UVIX’s strengths.

Bear in mind that a rising interest rate environment, particularly when paired with near-term growth concerns, is an anathema for risk assets in general. It is for this reason that equities have had one of the worst starts to the year in a very long time. Nonetheless, there is a section of analysts and high-profile investors who view a potential 100 bp hike by the Fed in a positive light, postulating that the sooner the Fed achieves its terminal interest rate target, the faster markets can calm down. Therefore, there remains a material probability that a market-wide rally might result in the aftermath of the FOMC’s decision, hammering UVIX in the process.

Any rally, if it does materialize, would be short-lived, in our opinion, for the simple matter that the overarching goal of the Fed’s hawkish stance is to curb the ongoing inflationary impulse. And curbing the wealth effect pervading the US economy by hammering risk assets is an integral part of this strategy. Consequently, as long as inflation remains near multi-decadal highs, any relief rally is likely to be met with a much more hawkish commentary from the Fed, thereby strengthening UVIX’s investment thesis for the time being.

It is hardly surprising, therefore, that retail investors are paying attention to UVIX in this uncertain environment. As an illustration, UVIX was mentioned 373 times in comments on the WallStreetBets forum over the past 7 days. For comparison, the QQQ ETF was mentioned 160 times during the same period.

Disclaimer: This is not an investment advice.

The post Consider Hiding Behind the 2x Long VIX Futures ETF (UVIX) As the Federal Reserve Gears up to Hike Rates by Most Since the 1990s by Rohail Saleem appeared first on Wccftech.