Could AMD’s ‘Greater Than 15% Single-Threaded Performance’ For Ryzen 7000 CPUs Be Another Jebait Attempt? 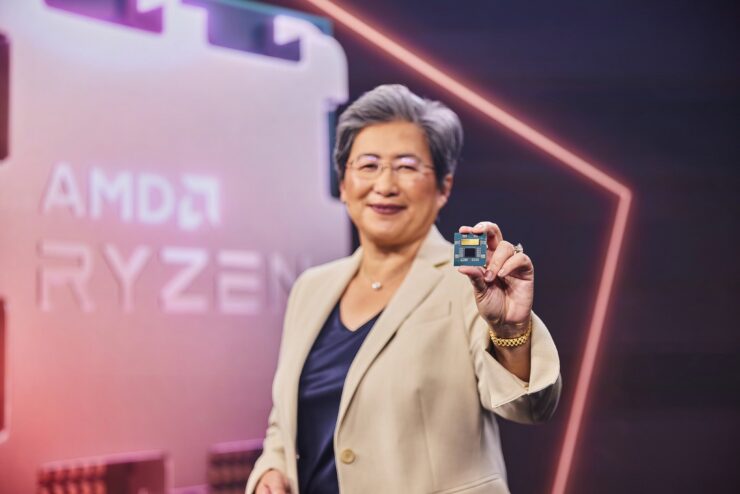 Earlier today, AMD announced its Ryzen 7000 Desktop CPUs based on the 5nm Zen 4 architecture. The new processors deliver a rather decent 'greater than 15% performance improvement over its predecessors but many AMD fans find that to be not as impressive based on all the rumors & leaks regarding the chips. So how much fast is Ryzen 7000 expected to be & could the red team yet again jebait us with much higher performance than what's currently been demonstrated?

AMD Ryzen 7000 CPU Performance Should Not Be Considered Lackluster, Greater Than 15% Uplift Was Achieved With Pre-Production Samples

AMD showcased three performance aspects of its next-gen Ryzen 7000 Desktop CPU. We saw the clocks, we saw performance versus Intel's fastest Alder Lake CPU, we got some info regarding the single-threaded performance figures and all of these figures were from a pre-production 16-core chip. We don't have a name for this chip yet but it's going to succeed the Ryzen 9 5950X 'Zen 3' & offer higher clocks.

First of all, according to Ian Cutress of TechTechPotato, the TDP (Thermal Dissipation Power) figures for AMD Ryzen 7000 CPUs are going to be 125W while the PPT (Package Power Tracking) is going to be 170W. AMD provided this information in a reply to whether the 170W figure was an actual TDP for the upcoming chips or an upper-bound limit for the package. Despite AMD confirming during its Q/A session that the 170W figure was the PPT that the AM5 (LGA 1718 socket) can sustain, they still showed 170W as a 'TDP' figure. This might be due to miscommunication between AMD marketing & technical teams.

Moving on, the TDP figures were the most important and generally, AMD used to be very proud of showcasing them during live demos. This time, however, AMD decided to keep them hidden which is weird but since we are talking pre-production samples, AMD might have decided to keep them under wraps till the final silicon is produced. That's where the clocks come in too!

AMD showcased some insanely fast frequencies with the same Ryzen 7000 CPU sample hitting up to 5.52 GHz but we did see some variation in the clock speeds which started at 5.1 GHz and went up to the max 5.52 GHz speed which everyone is talking about. Once again, we weren't told if the chip was running at stock clocks or if some new PBO or XFR technology was pushing the chip this hard. We all remember the infamous chiller demo of Intel's Skylake-X that was used to demo its impressive frequencies for the time. Now I am not saying that AMD was using a chiller and they could've used the same ASETEK 280mm radiator that's been used throughout the pre-production chip tests but still, a word on temperatures or cooling would've been nice too.

These are small details that make up a bigger part. So coming to the next part, we have to talk about the Blender demo. Blender is one application where AMD has a strong foothold. AMD's Ryzen 9 5950X is about 15-20% faster in the same benchmark versus the Intel Core i9-12900K. During the demo, AMD stated that the Ryzen 7000 Desktop CPU was 31% faster than 12900K. What's not told is that in the footnotes, the difference is larger with AMD finishing the render in a total of 204 seconds while the Alder Lake CPU finishes the demo in 297 seconds. In reality, the Ryzen 7000 CPU took 31% less time or offered 45% faster performance than the competing chip. 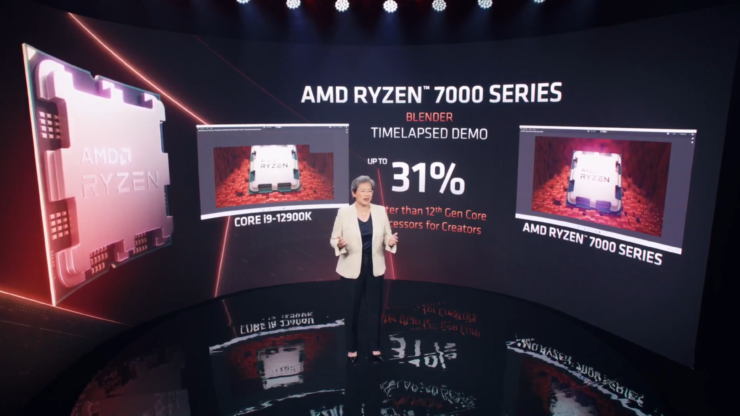 The marketing team could've really used the 45% number against the Intel Core i9-12900K but it looks like AMD is still sandbagging its own CPUs for some reason unknown. Then we have the 15% performance uplift gain. This gain isn't IPC, but it's in fact a combination of both the IPC and clock speeds that gives us the greater than 15% single-threaded performance number, as Robert Hallock has stated. This means that the IPC in general isn't as big as expected and could end up being in the single-digit range (9-10%). The clocks and the rehauling of the architecture are what are going to provide the major performance uplifts.

AMD does use the word 'Greater' here but it shouldn't be over 20% as AMD could have used that instead of the 15% claim instead to make it sound better. However, the actual number could lay between 15-19% and 19% would be the best possible scenario so expect 16-17% to be a more realistic number.

Even if 15% was a concrete number then this would be better than anything that Intel used to cook up back in the days when it was stuck with its 14nm process node but this isn't the same ground for competing anymore. Intel's offerings have been just as disruptive as AMD's starting Alder Lake and Raptor Lake is a big threat for Zen 4 now more than ever so the red team is going to be very considerate about revealing the full potential of their chips to their adversary who will also have their own next-gen chips available at the same time. 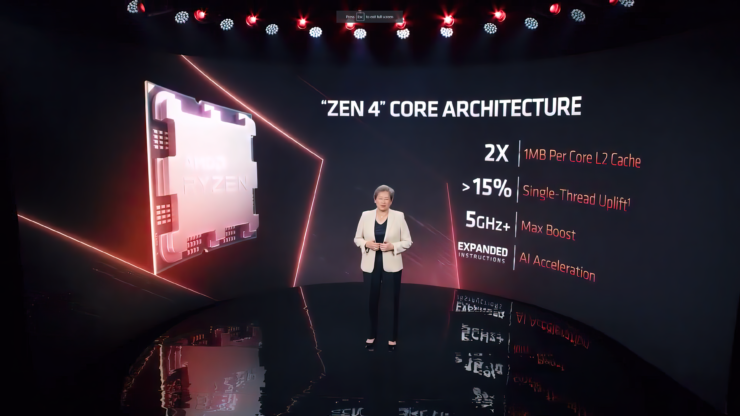 But again, this number can change and AMD has moved its performance projections up in the past too. We are talking about a Fall 2022 launch which means September at the earliest for the Ryzen 7000 CPUs. That's still 5-6 months worth of wait and lots of time for improvements & optimizations. All of these performance numbers are just claims for now and AMD can only go up from here. We are almost sure that AMD will go silent for a while now and come back a few months later with a few surprises in its pockets.

One surprise could be jebaiting the whole tech world with a far better show-case of its Ryzen 7000 Desktop CPUs than what was delivered today. We will keep our hopes up and would ask everyone to wait for the final CPUs to be announced. With that said, we would like to hear what you thought about the performance claims and clock numbers AMD showcased during its Computex 2022 keynote in the comments below!

The post Could AMD’s ‘Greater Than 15% Single-Threaded Performance’ For Ryzen 7000 CPUs Be Another Jebait Attempt? by Hassan Mujtaba appeared first on Wccftech.