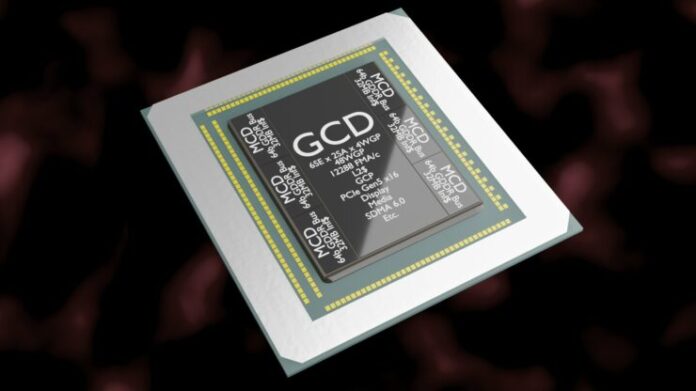 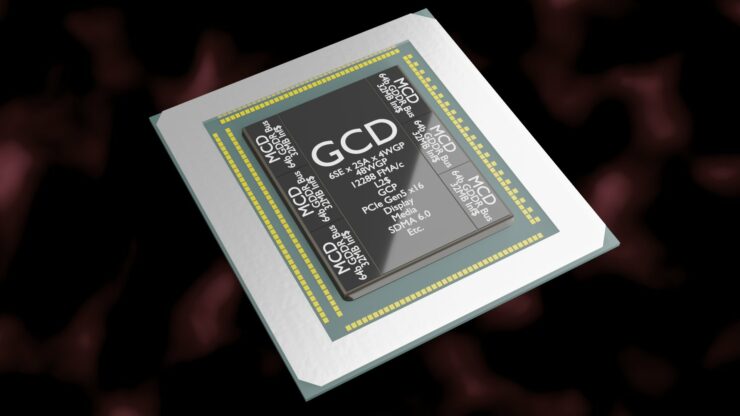 On the AMD Reddit yesterday, user FortCrypto discovered a post on the Eternal Gaming-Age Forums website (EGAF) where a new user offered a theory of the potential bandwidth speeds in AMD's latest RDNA 3 architecture for their Navi 31 GPUs.

Based on the data, the AMD Radeon RX 7900 XT graphics cards could offer a bandwidth surpassing as much as seven terabytes per second. While the discussion is listed as speculation or theory, in this case, it still offers some fantastic insight into what we may see coming soon to AMD's graphics cards this year.

"Bright Iron" appeared last Tuesday on EGAF's forums to discuss the theory they calculated using information the user found about the AMD RDNA 3 Navi 31 flagship GPU that may offer six MCDs with up to 384 MB Infinity Cache with 3D V-Cache packaging.

The user mentions prior information to set up their claim, such as that the AMD Radeon RX 6950 XT which is the company's top performer in its current GPU lineup, offering 16GB of GDDR6 memory that is clocked at 18 Gbps with the assistance of the cards 256-bit bus. This combination of technology results in bandwidth speeds of 576 GB/s. Bright Iron continues to discuss that the bandwidth is dwarfed by NVIDIA's GeForce RTX 3090 GPU, which offers 936 GB/s of bandwidth, and the company's RTX 3090 Ti's bandwidth of 1,008 GB/s. However, in several benchmarks, the AMD Radeon RX 6950 XT fights for close dominance with rival NVIDIA's powerful GPUs.

The user produces the following examples below, taken from recent benchmarks created by the YouTube channel Hardware Unboxed:

The AMD Infinity Cache can offer as high as 128 MB memory capacity with 2 TB/s of memory bandwidth. The AMD Radeon RX 6850 XT offers a standard bandwidth of 512 GB/s until you add the 128MBs of Infinity Cache, boosting the bandwidth another 1,281 GB/s, giving users a total of 1,793 GB/s of bandwidth, which is much higher than NVIDIA can produce currently.

Newer RDNA 3 architecture will allow the Infinity Cache to reach capacities of 384 MB, which is three times higher than the previous RDNA 2 architecture. The chip can produce 192 MB through the standard Cache while utilizing another 192 MB of 3D V-Cache packaging to achieve 384 MB of the entire Infinity Cache.

"Bright Iron" begins with the calculations (and speculative theory) of what will be offered from the RDNA 3 architecture through AMD's Infinity Cache technology.

However, there's a possibility that it will run even faster, so 6 TB/s may be the minimum; and once again, that excludes the additional bandwidth of the main memory, which will purportedly be 24GB of GDDR6 with a 384-bit bus (don't confuse this figure with the 384MBs of Infinity Cache). Hence, the following:

It will be interesting as we get closer to release and AMD fully divulges all the specifications, details, and testing to show what we will receive from the new architecture and graphics technology. With AMD banking on Infinity Cache and 3D V-Cache packaging for their future GPUs, it may be hard for NVIDIA and Intel to match the same output.\

But, right now, this is all speculation. We will need to wait for more details from AMD in the coming months.

The post Could AMD’s RDNA 3 Navi 31 GPU For Radeon RX 7900 XT Offer An Effective Bandwidth of Over 6 TB/s? by Jason R. Wilson appeared first on Wccftech.