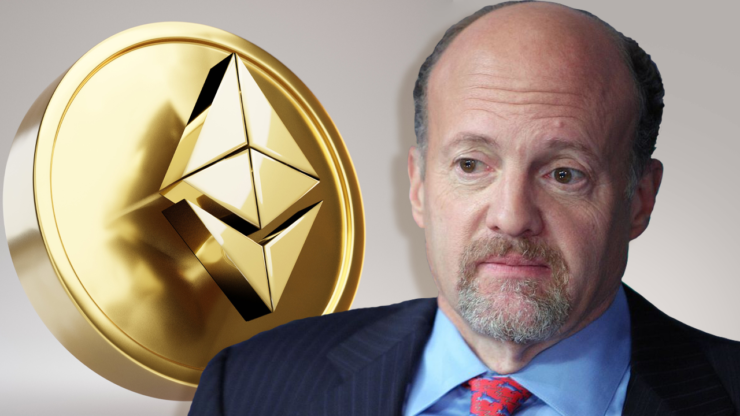 Jim Cramer, the CNBC anchor whose recommendations have become famous recently for consistently generating alpha provided that investors take a diametrically opposite trade to the one recommended by Cramer himself, had heralded red days ahead for the broader crypto sphere by issuing a “buy” recommendation for Ethereum and Bitcoin on the 08th of June. Well, just five days later, the crypto world has been engulfed in the proverbial fire and brimstone.

The ongoing carnage in Ethereum and the rest of the crypto sphere has two main stimulants behind it: the macroeconomic headwinds and the DeFi space turmoil spurred by stETH’s de-pegging. Let’s go over these factors in detail.

Airfares expanded at the highest pace since 1980. Food at home recorded the largest increase since 1979. https://t.co/nPvjOevQZU pic.twitter.com/ddO5Csknw5

On the 10th of June, the much-anticipated US CPI report for the month of May was published, ushering in turmoil in the risk asset universe. To wit, the headline inflation for May rose 8.6 percent on a year-on-year basis to the highest level since 1980. Core inflation – a metric that excludes the more volatile food and energy items – also came in hotter than anticipated. This development firmed up the Federal Reserve’s interest rate increase trajectory by removing the so-called interest rate hike pause that the market had started to price in for the month of September. As we’ve previously explained, rising interest rates spell trouble for growth-heavy, high beta stocks as they reduce the present value of future cash flows (by increasing the discount rate for such cash flows), thereby reducing the appeal for holding such equities.

US Treasury curve is now pricing in ten Fed rate hikes of 25 bp by year end. There are five Fed meetings before year end (starting with this week). The bloodless verdict of the market is a 50 bp hike every meeting unless JP puts bigger individual hikes “on the table” before that.

Regardless of Cramer’s so-called crypto death knell and the Federal Reserve’s relentless efforts to hammer risk assets in order to subdue the wealth effect pervading the US economy, Ethereum’s latest bout of weakness is at least partially a result of the crypto sector’s endogenous factors.

As a refresher, Lido-staked Ethereum (stETH) is a Decentralized Finance (DeFi) variant of Ethereum that is issued against staked Ethereum coins. stETH can be redeemed for Ethereum on a 1:1 basis but only after the Ethereum 2 transition takes place following the merge event. Therefore, stETH behaves like a stablecoin that is fully backed by Ethereum but without any direct price stabilization mechanism between the two coins. Still, stETH is widely used as collateral in the DeFi space to borrow Ethereum.

This brings us to the crux of the matter. stETH started de-pegging from its theoretical 1:1 ratio with Ethereum on Thursday when Alameda Capital dumped stETH worth around $1.5 billion, reducing its stETH holdings to zero in the process.

Since then, the theoretical peg between stETH and Ethereum could not be restored, with ETH currently trading at $1,228 while stETH is trading at 1,161 right now.

Only one thing happens next. pic.twitter.com/KO3aG14AS1

Of course, as stETH’s de-pegging deepens, it can lead to a liquidation of positions that have used stETH as collateral on various DeFi platforms, causing an even more painful de-pegging. While this liquidation has no direct impact on Ethereum, it is severely impacting the sentiment around the world’s second-largest cryptocurrency, resulting in synchronous losses with stETH. In fact, Ethereum has now tumbled to its 2018 highs.

The following Thread explains these dynamics in detail.

stETH is depegged, trading at .95

Liq is drying up & smart money is pulling capital. Coupled w/ the rumoured risk of Celsius' functional insolvency, there could be significant selling

Me & @Riley_gmi & have been researching this for the past week

Here is what we found pic.twitter.com/wtgFA779Np

Compounding the situation, the crypto lending and staking platform, Celsius, has now halted all user withdrawals, citing “extreme market conditions”. Nonetheless, there are reports that Nexo might purchase some of Celsius’ distressed assets.

JUST IN: Nexo is planning to offer Celsius a buyout on certain assets.

Amid this turmoil, the global market capitalization of the crypto sphere has tumbled to below $1 trillion.

Based on Ethereum’s current price, around 47 percent of its total addresses are still in profit. However, with over 44 percent of the total addresses now sitting on losses, the chances of a disorderly liquidation are ramping up significantly.