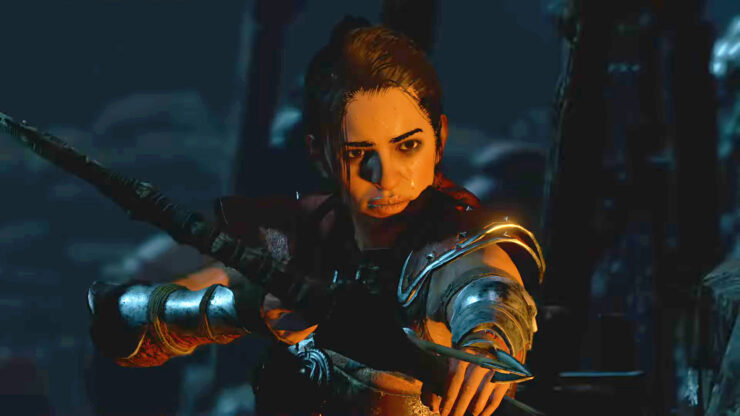 It’s widely rumored and expected that Blizzard will reveal the release date, pre-order details, and other information regarding Diablo IV tonight at The Game Awards, but The Washington Post have been them to the punch when it comes to the launch date – according to the paper, the game arrives June 6, 2023. Blizzard probably isn’t happy about that leak, but they’ll be even less enthused about the rest of WaPo’s article, which is a lengthy expose of Diablo IV’s development. According to 15 current and former Blizzard employees interviewed, the studio is gearing up to crunch to hit its release date.

Per The Washington Post’s sources, Diablo IV development has been rocky, with numerous changes in direction resulting in discarded work. Of course, original project leads Luis Barriga and Jesse McCree were fired following the lawsuits and revelations about workplace harassment and mismanagement at Blizzard that surfaced in 2021. Additionally, an early script by The Witcher 3 creative director Sebastian Stepień that incorporated rape and other controversial subjects was canned. The turmoil on the Diablo team reportedly led to high turnover, with some teams losing half their members.

According to current employees, Blizzard isn’t outright mandating crunch to meet their June deadline, but have told employees they should expect to work extra hours. Other initiatives, like rewarding those who work for more than 10 hours with DoorDash certificates, seem designed to encourage long shifts. Blizzard is doubling bonuses for those who stick with the Diablo team, but those bonuses are being paid out in stock, which would be negatively affected if Diablo IV doesn’t review well. This is seen as a way to encourage employees to push for perfectionism without directly tying bonuses to review scores. One current employee summed up the mentality of the Diablo IV team as devs decide how much they’re willing to punish themselves to measure up to expectations…

“We’re at the point where they’re not willing to delay the game anymore. So, we all just have to go along and figure out how much we’re willing to hurt ourselves to make sure the game gets released in a good enough state.”

“Production on [Diablo IV] is going extremely well. Overtime is voluntary and limited to specific teams. We regularly survey the team on their professional well-being, and the latest results are the most positive they’ve been in years.”

Unless Blizzard decides to throw us a curveball tonight, Diablo IV launces on PC, Xbox One, Xbox Series X/S, PS4, and PS5 on June 6, 2023.