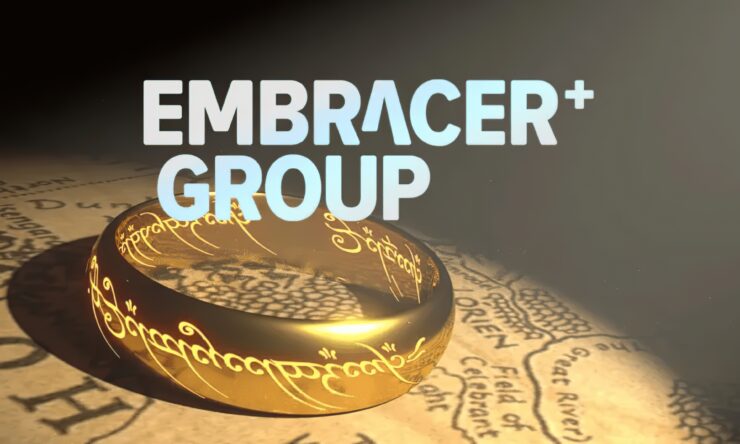 The Embracer Group did it again. The Swedish video game and media holding company founded by Lars Wingefors eleven years ago (though it was still called THQ Nordic before the 2019 rebranding) has embarked on a veritable acquisition spree in the last few years, gathering prized IPs and respected game developers such as 4A Games, Flying Wild Hog, Gearbox, and 3D Realms to name a few.

More recently, the Embracer Group entered into an agreement with Square Enix to acquire their Western studios (Eidos Montréal, Square Enix Montréal, and Crystal Dynamics) alongside popular IPs like Tomb Raider, Deux Ex, Thief, and Legacy of Kain for a mere $300 million, leading Saber Interactive CEO Matthew Karch to say it was the steal of the century.

The Swedish company may have outdone itself with the latest round of acquisitions, though. Earlier this year, Variety first reported that the Saul Zaentz Company had decided to sell off its Middle-earth Enterprises (formerly Tolkien Enterprises) division, which owns catalog and worldwide rights to motion pictures, video games, board games, merchandising, theme parks, and stage productions related to J.R.R. Tolkien's The Lord of the Rings and The Hobbit literary works, as well as yet-to-be-explored matching rights in other Middle-earth-related literary works authorized by the Tolkien Estate and HarperCollins.

The Saul Zaentz Company entrusted the sale process to ACF Investment Bank, expecting to get at least $2 billion from some Hollywood buyers, according to Variety's report. However, this week the Embracer Group announced it had reached an agreement with the Saul Zaentz Company to acquire Middle-earth Enterprises, and it did so for a much cheaper amount of money.

While specific details of the sale were not disclosed, the Group did reveal how much it'll have to pay for the whole round of acquisitions: SEK 8.2 billion, or $770 million. That includes Middle-earth Enterprises as well as Limited Run Games (a retail publisher of digital-only games), Singtrix (vocal processing effects technology for karaoke, gaming, and entertainment), Tuxedo Labs (the developer of voxel-based destruction PC game Teardown), Tripwire Interactive (the studio behind hits like Killing Floor, Rising Storm, and Maneater), and an unannounced company.

While Middle-earth Enterprises is likely to have required the lion's share of the investment, the Embracer Group might have spent around a quarter of the $2 billion that The Lord of the Rings and The Hobbit rights were originally believed to fetch.

The Group already underlined the importance of this acquisition in light of the upcoming launch of Amazon's Rings of Power TV series (the first two episodes are due to air on September 2nd on Prime Video) as well as other works such as the animated movie The Lord of the Rings: The War of the Rohirrim by Warner Bros, the mobile game The Lord of the Rings: Heroes of Middle-earth by Electronic Arts, and much more. For example, just a few days ago, we learned of a new game in development at Wētā Workshop that was licensed through Middle-earth Enterprises.

In the press release, the Embracer Group suggested additional movies based on central The Lord of the Rings characters like Gandalf, Aragorn, Gollum, Galadriel, and Eowyn could be considered, and of course, the possibilities of new licensed games developed by some of the dozen internal Embracer Group studios are endless.

The post Embracer Group Scooped Up The Lord of the Rings for a Relative Pittance by Alessio Palumbo appeared first on Wccftech.