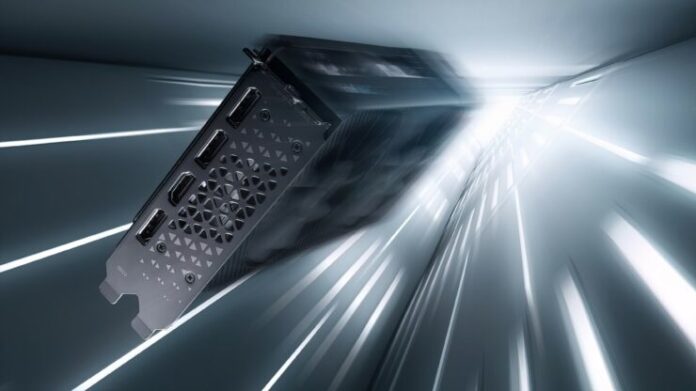 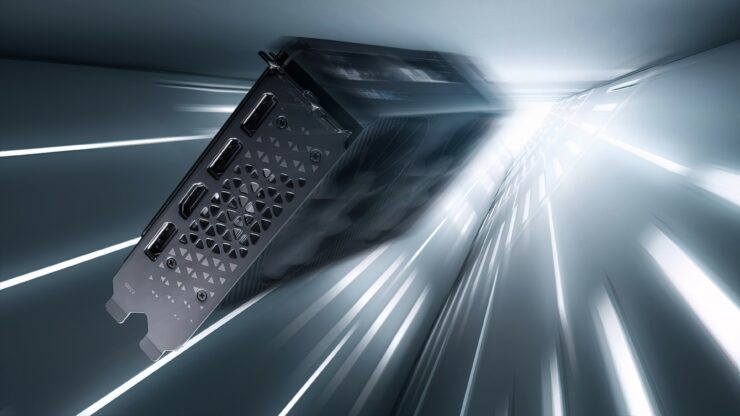 We recently leaked the official benchmarks of Intel's first ever desktop graphics card, the A380, and now we have some encore for our readers. We were able to get our hands on the complete official lineup (that is planned for release in the near future) of the Arc A-Series Desktop GPUs. This includes the price and performance positioning, TDP and memory configurations.

Now keep in mind, unlike the official benchmarks everything mentioned in this article is subject to change and improvement. That said, this is a document that Intel has already shared with their major Taiwanese partners so it is definitely accurate as of right now and has a very high likelihood of staying accurate (as information shared with partners in this segment of the supply chain is usually final or close to final). Without any further ado, here it is: 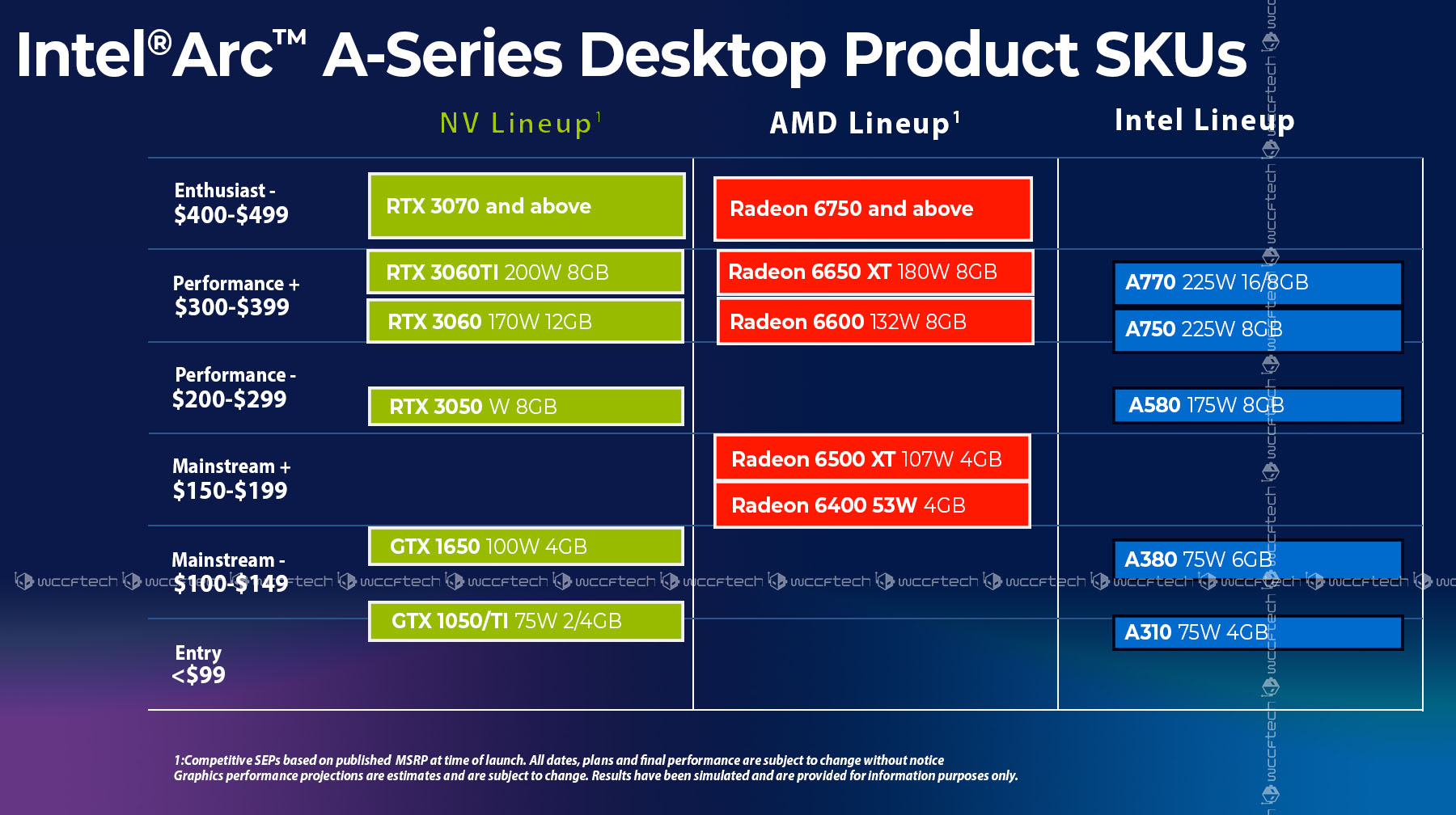 The flagship of Intel's planned Arc A-Series GPU lineup is the Arc A770 graphics card. It will consume 225W and should trade blows with the RTX 3060 Ti and Radeon 6650 XT while beating the RTX 3060 and Radeon 6600. Based on the slide that we obtained, it is set to debut at or under $399 USD. Considering how Intel drivers will only go up in performance from here, this is a pretty great price point - assuming Intel can enforce it. The A750 is likely going to be the cut down variant of the same chip and will consume 225W but trade blows with the RTX 3060 and RX 6600. The A770 is going to come in 16 and 8 GB variants while the A750 is only going to ship with 8 GB of vRAM.

Up next, you have the A580, which is part of Intel's performance lineup and will be the bread and butter of bog-standard gaming for 1080p desktops. It will compete with the RTX 3050 and consume 175W of power. It will also be mated to a very respectable 8 GB of memory. Finally you have the A380 and A310 GPUs which are entry level although Intel refers to the A380 as Mainstream "-". The A380 is positioned against the GTX 1650 and consumes 75W of power while being mated to a 6GB vRAM. The A310, which is Intel's smallest part, is mated to a 4GB vRAM, consuming 75W and will be pit against the GTX 1050/Ti.

While we don't know the exact pricing of these parts, we can guess the brackets using the slide given above. Just like the A380 which has an MSRP of $135 and competing with the NVIDIA GTX 1650 with an MSRP of $190 (even the NVIDIA 1630 has an MSRP of $169), Intel's entire Arc lineup seems to be priced to undercut the competition. While NVIDIA is unlikely to budge, they might find that AMD will give them a tougher time by matching any price cuts and offering equal value (if not more). That said, this is an excellent lineup from Intel for their first ever desktop discrete GPU series and a huge congratulations to the GPU boss Raja Koduri and the entire graphics team is very much due. If Intel can play its cards right and actually enforce these price points, things could get interesting very fast.

Do you think Intel will be able to enforce/deliver on these price points?