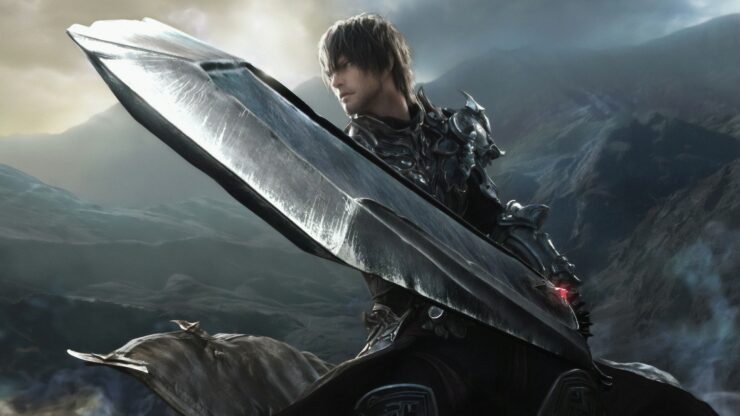 Speaking to IGN, he confirmed that the game won't feature a seamless open world, even though Final Fantasy XVI does take inspiration from open world games in some ways.

We’ve found in our extensive user research that many of the younger generation of gamers have never played a Final Fantasy or don’t have any interest in the series. To create a game that might excite and resonate not only with our core fans, but also with that new generation, we played a lot of games ourselves, and so yes, in Final Fantasy XVI you’ll find inspiration from recent triple-A open world RPGs. However, to bring a story that feels like it spans an entire globe and beyond, we decided to avoid an open world design that limits us to a single open world space, and instead focus on an independent area-based game design that can give players a better feel of a truly 'global' scale.

Also, as part of his interview with IGN, Yoshida-san revealed that party members will accompany Final Fantasy XVI protagonist Clive Rosfield. However, unlike Final Fantasy XV, it won't be possible to command them directly.

We didn't want to overwhelm users in our newest trailer, so we focused solely on Clive's battles. That said, for most of his journey, Clive will be accompanied by one or more companions. These companions will participate in battle, as well as trade banter with Clive. That said, the party members will be AI-driven so as to allow players to focus solely on controlling Clive.

On the other hand, speaking to German publication GamePro, the Final Fantasy XVI producer said Clive Rosfield will be able to command a so-called buddy.

You can give this buddy commands manually during battle, such as "Attack this enemy" or "Heal me please." For players who don't want to deal with them, the commands can also be automated.

Naoki Yoshida also talked about the uniqueness of Eikon battles. Each one will be wildly different, even from a mechanics standpoint, as he told Game Informer.

The overall game design for these Eikon versus Eikon battles, however, is meant to be unique and in fact, we don’t actually use the same exact system twice. Each battle is completely unique in its playstyle and so we’re doing something that’s kind of crazy.

Lastly, Yoshida-san explained to the PlayStation Blog that Final Fantasy XVI is playable from start to finish. However, voiceover in the various languages is still being completed and the developers are also taking the time to fine-tune the combat difficulty.

Right now, the game is fully playable from start to finish, but we have a lot of voiceover in several languages that still need to be recorded. Final Fantasy XVI is a very action-oriented game, so we’re also doing a lot of playtesting to fine-tune the difficulty levels, as well as putting the final touches on the cutscenes, and going through a full-scale debugging process. A year is a short time in game development, so we’re all straining at the bit to get it over the line.

Final Fantasy XVI was recently confirmed to be targeting a Summer 2023 launch window. Platforms other than PlayStation 5 haven't been announced yet.