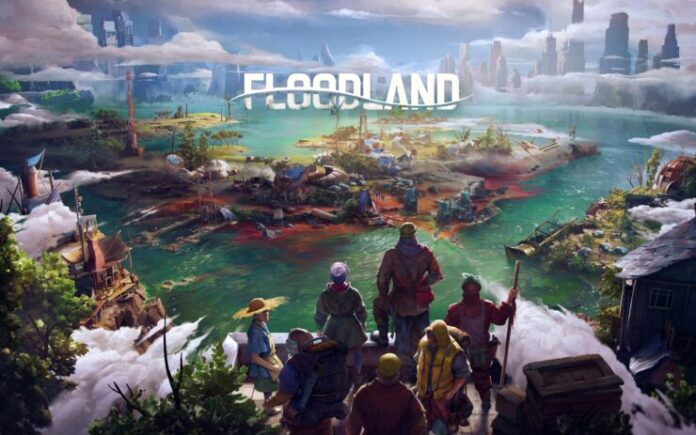 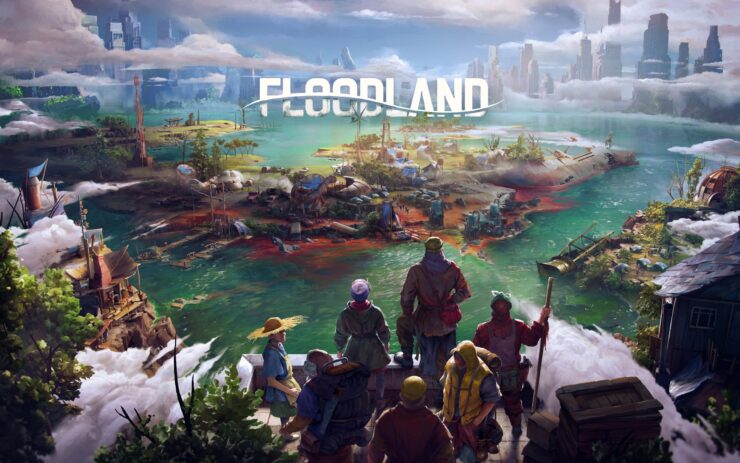 City-Builders have always been one of my go-to game types, with them often scratching both my strategy and simulation itches. My history in covering them is no big secret. I've reviewed several Anno titles (2205, 1800, and the History Collection), Tropico 6, Aven Colony, and smaller indie titles like Dawn of Man. Add to this many city builders I haven't reviewed but have played simply for my fondness of the genre. I'm not looking to spoil, but Floodland is one I want to see a lot more.

Let's start with the introduction. Floodland is set in a somewhat exaggerated future Earth, the current climate crisis has gone into overdrive, and the water levels have risen exponentially. The land mass has shrunk, society as we know it has been eradicated, and your role is to lead your clan - and others - to develop, grow, explore and help rebuild society.

During Gamescom, I could have a hands-on session with Floodland, play some of the opening tutorial and section of the game and see elements of what's to come. I started by picking the Fire Brigade clan - I know it was because I preferred the sound of their perks, though I can't remember them entirely - and getting started. With ten people, you'll convert your makeshift structure into a storage depot, allowing you to send the workers assigned to your storage on searches.

Performed at the simple click of a button, your workers will collect any resource within a circular area and take it back to the storage if space is available. In addition, this option can be used to further open up the map by breaking through the fog of war. You will be limited to where you can search based on range and other factors. Still, it all feels like an intuitive system directed by the game's missions, which are built around a narrative path that offers alternate endings based on your decisions and actions.

Looking at the resources, you'll have a reasonable amount to balance. Starting by collecting edible food from bushes, which can only sustain a small group of people for so long. You'll move into fishing, but the only problem is that Fish aren't suitable unless cooked, making your people ill. You need to unlock a building using research points and have somebody working in that building to make this food edible.

Of course, the building takes its resources, with garbage, wood, and rubble all contributing as you progress. I've already mentioned research points, which are gained through completing missions but also through research. Research in a set building allows workers to use old-world relics you've found and convert them into research points. The next level of this building lets you use a different type of old work relic to generate a chunk of experience points for your faction.

I could go into more, but I want to leave something for the eventual review, so let's talk research. Research points will allow you to progress and unlock aspects down four tech trees, giving you more to do, resources to utilise, and more. As you move through the research, you'll also be able to repair and use specific old-world buildings, with a radio tower allowing you to contact other survivors and expand even further.

As you bring in more people and find more clans, you'll have to balance the needs of these clans and their expectations of what society becomes. This area of Floodland comes beyond what I was able to explore hands-on in my time with the game, but I have been given a glimpse of it, and it's certainly interesting.

From the multiple factions and their beliefs, you'll have to balance as you rebuild society. This rebuilding occurs through community dilemmas, giving you various choices with varying consequences, and eventually through selecting and implementing laws for the new world. You'll not be able to please everybody, but as you implement laws ranging from same-sex marriage to the creation of a Militia and implementing "interrogations", maybe even full-blown censorship.

All of this will inevitably build into the narrative path and multiple endings of this narrative. Still, it will also help keep the game interesting across multiple playthroughs on the procedurally generated maps for each new game. Combined with the city-building gameplay and the exploration, all look to make Floodland a very intriguing game and one I'm looking forward to playing more.

One last thing I want to mention is more than gameplay, but another factor that sets Floodland apart. Aesthetically, it looks gorgeous and makes the most of the setting. From the use of vibrant colours, the design of the structures you create, the dilapidated and ruinous world around you, and the gorgeous water that has overtaken the world, there's a lot to like. Furthermore, from what I heard, the soundtrack is very easy to listen to, calming, and befitting the game's pace.

I'm certainly interested in seeing, hearing, and playing more. Coming to the PC on the 15th of November, developed by Vile Monarch and published by Ravenscourt (part of the Embracer family), we don't have long to wait.