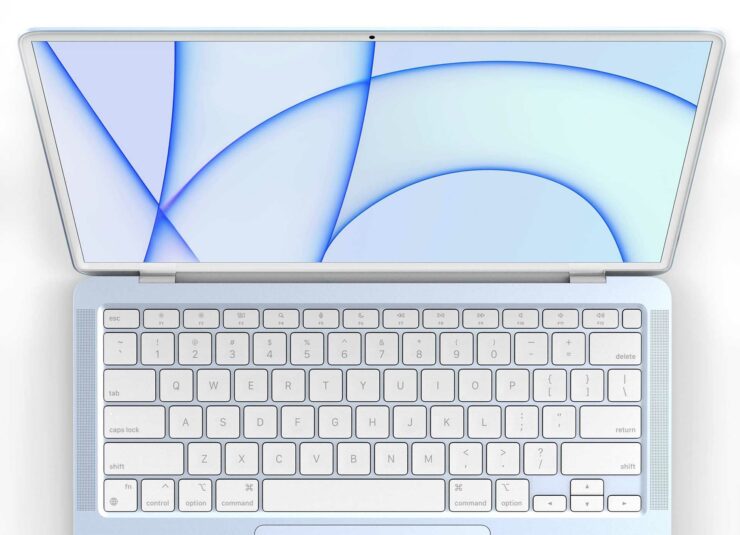 Apple’s redesigned 2022 MacBook Air could get an announcement at the upcoming WWDC keynote, but before that, a talented concept artist provides a closer look at the cosmetic changes customers are expecting, not to mention the portable Mac showcased in a multitude of attractive colors.

Four images were published by Darvik Patel which he presumes is an accurate representation of Apple’s upcoming redesigned 2022 MacBook Air. At a first glance, it looks like he has done a phenomenal job because not only does the upcoming machine differ significantly compared to Apple’s current-generation MacBook Air, there are also several changes to the ports, as well as the inclusion of seven different colors, so audiences that wanted a new finish from a notebook like this can go out and purchase one.

The biggest visible changes have to be a notch at the top, followed by the white bezels at the edges, and the keyboard, which goes against the traditional black-colored layout of previous-generation models. It is unclear if Apple will use the white color for each of these changes, but previous rumors talked about a notch, and the 2022 MacBook Air arriving in various colors.

Unfortunately, do not expect the redesigned MacBook Air to get Face ID, as the high-end MacBook Pro models were also excluded. The display size could increase from 13.3 inches to 13.6 inches, with the possibility of a 14.2-inch version added to the lineup. If you look at the renders carefully, you will notice the inclusion of a MagSafe connector, which is similar to the one added to the new MacBook Pro range. Additionally, there is a USB-C port right next to it, along with a 3.5mm audio jack.

While the latest 2022 MacBook Air renders do not provide this information, an earlier report claimed that the USB-C port would support Thunderbolt, giving future users extreme versatility when connecting different monitors, external storage, hubs, or peripherals to that single port. Last, but certainly not least, the new MacBook Air will likely be fueled by the M2 chipset, which should provide a small performance bump over its predecessor, the M1.

If you appreciate the effort made that went into making these renders, you can check out more of Patel’s work by clicking on the link below.