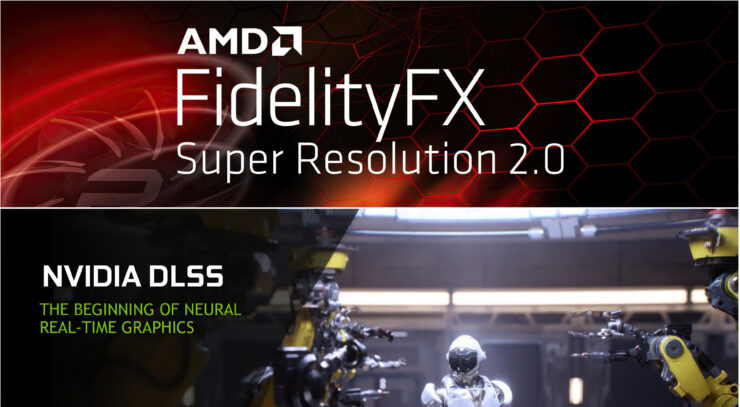 Not long after AMD released the open source code of FSR 2.0, modder PotatoOfDoom surprised everyone with his NVIDIA DLSS to FSR 2.0 conversion mod made for Cyberpunk 2077. While not as good as a native implementation according to the creator, it provided a substantial improvement over the official FSR 1.0 implementation currently available in the game.

Moreover, it sparked hopes that other such mods would soon flourish to allow gamers to enjoy unofficial FSR 2.0 implementations in DLSS supported games. That's exactly what happened: we've since got a Dying Light 2 mod that is now being used as the base for modding FSR 2.0 in many other games, including Red Dead Redemption 2, Metro Exodus: Enhanced Edition, Marvel's Guardians of the Galaxy, Death Stranding, and Control (although we couldn't find any proof for the latter game despite some people mentioning it works).

Place the nvngx.dll in the Metro main folder where nvngx_dlss.dll is also present. Running the EnableSignatureOverride.reg is also required.

Marvel's Guardians of the Galaxy

Place the nvngx.dll in the bin folder where nvngx_dlss.dll is also present. Running the EnableSignatureOverride.reg is also required.

Place the nvngx.dll in the folder where nvngx_dlss.dll is also present. Running the EnableSignatureOverride.reg is also required.

AMD recently said FSR 2.0 was enjoying twice as fast adoption than NVIDIA DLSS, though they were referring to official implementations made by game developers. At this rate, there could be workarounds and mods for most DLSS games within weeks at the most, which is great news for non-RTX users as DLSS is now supported in over 180 games.

That said, there are some caveats. These DLSS to FSR 2.0 mods are far from perfect, suffering from inherent issues such as ghosting. Additionally, these mods cannot be used in online games without risking a ban.

Even so, they offer a significant image quality improvement over native FSR 1.0 implementations. Stay tuned for more reports on DLSS to FSR 2.0 mods.