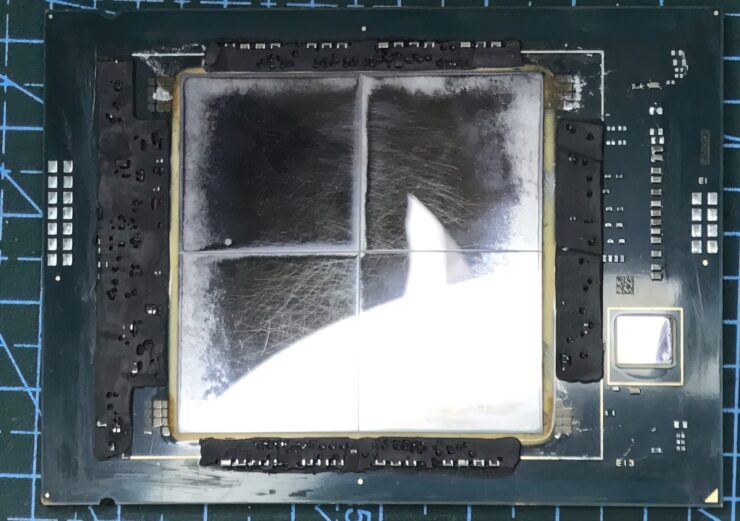 The full specifications of Intel's Sapphire Rapids-SP Xeon CPU lineup for the Eagle Stream platform have been leaked. The latest information regarding the SKUs comes from YuuKi_AnS & is based on the latest data provided to OEMs.

For Sapphire Rapids-SP, Intel is using a quad multi-tile chiplet design which will come in HBM and non-HBM flavors. While each tile is its own unit, the chip itself acts as one singular SOC and each thread has full access to all resources on all tiles, consistently providing low-latency & high cross-section bandwidth across the entire SOC.

We have already taken an in-depth look at the P-Core over here but some of the key changes that will be offered to the data center platform will include AMX, AiA, FP16, and CLDEMOTE capabilities. The Accelerator Engines will increase the effectiveness of each core by offloading common-mode tasks to these dedicated accelerator engines which will increase performance & decrease the time taken to achieve the necessary task.

In terms of I/O advancements, Sapphire Rapids-SP Xeon CPUs will introduce CXL 1.1 for accelerator and memory expansion in the data center segment. There's also an improved multi-socket scaling via Intel UPI, delivering up to 4 x24 UPI links at 16 GT/s and a new 8S-4UPI performance-optimized topology. The new tile architecture design also boosts the cache beyond 100 MB along with Optane Persistent Memory 300 series support. The lineup will also come in HBM flavors which will be using a different packaging design:

The Sapphire Rapids lineup will make use of 8-channel DDR5 memory with speeds of up to 4800 Mbps & support PCIe Gen 5.0 on the Eagle Stream platform (C740 chipset).

The Eagle Stream platform will also introduce the LGA 4677 socket which will be replacing the LGA 4189 socket for Intel's upcoming Cedar Island & Whitley platform which would house Cooper Lake-SP and Ice Lake-SP processors, respectively. The Intel Sapphire Rapids-SP Xeon CPUs will also come with CXL 1.1 interconnect that will mark a huge milestone for the blue team in the server segment.

Coming to the configurations, the top part is started to feature 60 cores with a TDP of 350W. What is interesting about this configuration is that it is listed as a low-bin split variant which means that it will be using a tile or MCM design. The Sapphire Rapids-SP Xeon CPU will be composed of a 4-tile layout with each tile featuring 14 cores.

Now based on the specifications provided by YuuKi_AnS, the Intel Sapphire Rapids-SP Xeon CPUs will come in four tiers:

The TDPs listed here are at PL1 rating so the PL2 rating, as seen earlier, is going to be very high in the 400W+ range and the BIOS limit is expected to hover at around 700W+. Compared to the last listing where most of the SKUs were still in the ES1/ES2 state, the new specs are based on final chips which will be hitting retail.

Furthermore, there are nine segments within the lineup itself that indicate the workload they are aimed at. These are listed as follows:

Intel will offer various SKUs with the same but different bins, affecting their clocks/TDPs. For example, there are four 44 core parts with 82.5 MB cache listed but clock speeds should vary across each SKU. There's also one Sapphire Rapids-SP HBM 'Gold' CPU in its A0 revision which has 48 cores, 96 threads, and 90 MB of cache with a TDP of 350W.

It looks like AMD will still hold the upper hand in the number of cores & threads offered per CPU with their Genoa chips pushing for up to 96 cores and Bergamo going up to 128 cores whereas Intel Xeon chips would max out at 60 cores if they don't plan on making SKUs with a higher number of tiles. Intel will have a wider and more expandable platform that can support up to 8 CPUs at once so unless Genoa offers more than 2P (dual-socket) configurations, Intel will have the lead in the most number of cores per rack with an 8S rack packing up to 480 cores and 960 threads. The Xeon Sapphire Rapids-SP family is expected to begin volume ramp in early 2023 while AMD will be shipping its Genoa EPYC 9000 line in Q4 2022.