HomeFinanceGameStop Earned Just Around 0.20% Of Its Average Daily Revenue by Selling...
FeaturedFinancegamestopNewsNFTStickyTechnology

GameStop Earned Just Around 0.20% Of Its Average Daily Revenue by Selling NFTs Over the Past 24 Hours, Equating to About 12% Of OpenSea’s 24-Hour Intake 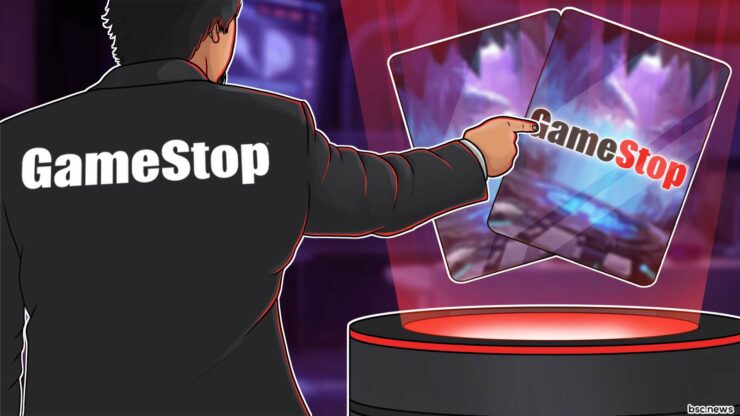 The past few hours have proven to be a critical reality-check window for the relentless hype that had encapsulated GameStop's NFT-related push since the start of this year. Of course, had the company actually tapped the NFT hype that was running rampant in the market as late as March, the story might have been a bit different.

As a refresher, GameStop officially launched its NFT marketplace on Monday. The platform is built on Loopring's technology and harnesses the ability of Immutable X – an Ethereum Layer 2 (L2) solution – to allow for the minting and trading of NFTs in a "carbon-neutral" and zero-fee environment. In order to attract NFT creators, GameStop has created a $100 million fund that is denominated in Immutable X's IMX tokens. Eventually, GameStop aims to host billions of low-cost, in-game digital assets and NFTs, including digital real estate and in-game skins, thereby creating a sizable new source for revenue generation.

Before delving further, let's go over the method that I used to compute GameStop's 24-hour NFT-related revenue. The company's stats page lists the 24-hour sales volume of the top 25 NFT collections on the platform. I added the dollar volume of the listed collections and then applied the 2.25 percent fee that GameStop collects on these NFT sales. Bear in mind that this method understates the platform's total volume by ignoring the rest of the proverbial pie and focusing on just the top 25 popular NFT collections by volume. The only other alternative is to go to each collection's webpage and manually add up the total volume that is listed for each such collection. However, this approach would then quickly lose its broad-based utility as it's cumulative in nature and does not allow for the bifurcation of NFT sales volume according to calendar days and months.

Coming back, as per the method described above, the NFT marketplace generated a volume of $1.474 million over the past 24 hours, equating to GameStop's cut of $33,174. Bear in mind that GameStop earned an average of around $16.5 million per day in 2021. Consequently, the company's NFT marketplace is currently generating just around 0.20% of this metric, barely anything to write home about.

Of course, there is a saving grace yet for GameStop. With the general NFT market firmly lodged in the proverbial shitter, the videogame retailer is banking on Web3-based in-game assets – these are not yet available but are expected to go live soon. After all, GameStop has often touted its special relationship with game developers as a strategic asset in its NFT push.

The post GameStop Earned Just Around 0.20% Of Its Average Daily Revenue by Selling NFTs Over the Past 24 Hours, Equating to About 12% Of OpenSea’s 24-Hour Intake by Rohail Saleem appeared first on Wccftech.