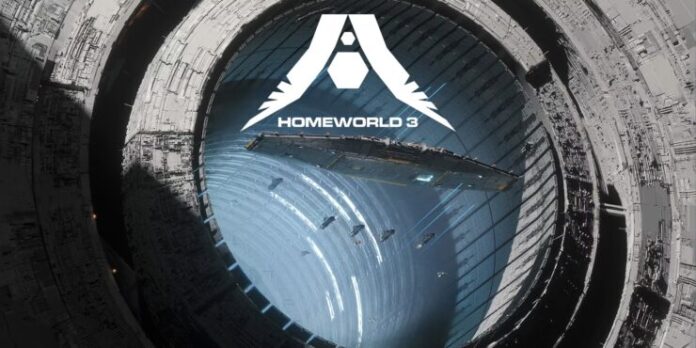 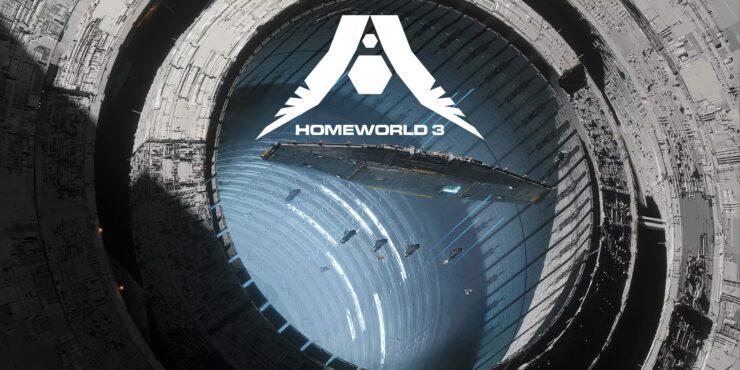 Welcome back to Homeworld; that's the gist of Homeworld 3. Developed by Blackbird Interactive, you have to imagine the game is in good hands - the studio was started by Relic and Homeworld veterans Rob Cunningham and Jon Aaron Kambeitz. Taking the reigns of this new entry after their initial release of Homeworld: Deserts of Kharak, it shouldn't be too big of a shock that they're looking to move beyond the originals while still staying faithful to the series that fans love.

One question is how you make space fun, mainly how you make it tactically enjoyable. Blackbird Interactive have looked to answer this by making one of the sparsest battlegrounds ever a tactical playground. If there's one thing you should know going in, it's that new entrants need not worry; while this is linked narratively to the rest of the series, it will be more than capable of standing alone, giving you a story of its own.

During my hands-on with Homeworld 3, I got to play what will be the second and third levels of the campaign. The second mission is essentially a tutorial on how the mothership works and aspects like movement, probes for detection, and the smaller classes of ships you'll have under your control. This mission has you recovering a production facility module for your mothership, which will be essential in your future travels, as you will be far out of range of any support.

Here, you move into position with your mothership. Of course, nothing can ever go right. The Kalan Pirates are here and will try and take what they can. While slowly getting the module from the facility, you'll have swarms of pirates trying to stop you and take what you need. Here you'll be looking at all angles, using the 3D space found within space. It will make for an excellent tutorial to fully introduce new players to the massive freedom Homeworld offers, far more than general strategy players have experienced before.

Once the production facility is aboard your mothership, you can produce interceptors. You'll have already been collecting resources, so now it's time to build up some units and take the fight to the main pirate ship. Eventually, knowing they had lost the day, they jumped into hyperspace and fled. That was the end of Facility 315. Now it was time for the third mission of the campaign, and it was time for Homeworld 3 to show me its most significant new feature so far; cover.

I know, cover. It sounds so simple, but one must remember that space isn't the most populated of environments. If I were to make a comparison, the cover here feels as revolutionary as the cover system was in Company of Heroes. The next mission, Kesura Oasis, is where this is highlighted, and Homeworld 3 starts to shine. It's also where you realise you're most certainly in a Homeworld game. The aim is for you to get a waypoint working again, and you'll do this by getting the power running around some utterly massive structures and shipwrecks.

Skip forward a little, and the enemy will make its appearance. You'll find enemy missile ships, and they are launching at you. Fortunately, there are some large space rocks and wreckage from the ships around them, letting you take cover and eventually flank them. Once you've done this, you'll also find enemy ships flanking you, using giant trenches in the capital ship. That's when you can do the same or move through the engine exhausts, taking you through to the mid-point of the map.

This masterful implementation of cover genuinely feels revolutionary and makes the scenery within these maps important, rather than just the magnificent-looking things they are. Thanks to the fact that weapons use the new "real ballistics" system, everything is simulated. The missiles fired will move towards their target, giving you a chance to evade or put something between you. The cover adds to the rock, paper, scissors style that Homeworld - and practically every RTS - has worked with in the past, giving a weaker force a chance to beat the stronger one through tactical nouse.

Everything played during my time in Homeworld 3 was enhanced by an excellent atmosphere, pushed forward by more than enjoyable audio and visuals that were downright spectacular. You'll find the game features the usual cutscenes that show off the scenery, such as background stars sending what can be astonishing-looking light through wrecks and asteroids. Still, most important is the control over the camera that can give you the same view.

There aren't many games I come out of a preview thinking that the finished result could be one of the best games of the year, but Homeworld 3 and Blackbird Interactive have certainly done this. With a story that will take you on a quest to find out the source of "the anomaly", darkness swallowing gates, outposts, planets and more, threatening the galaxy. I'm looking forward to discovering this and experiencing the more extensive, more intense missions to be found within the game when it launches within the first half of next year.

The post Homeworld 3 Hands-on Preview – Space-Combat at its Finest by Chris Wray appeared first on Wccftech.