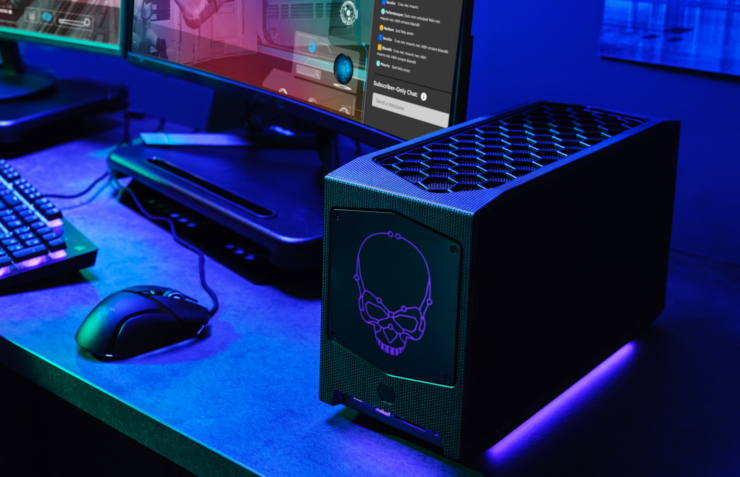 Intel is already planning to launch its next-gen NUC lineup which will include the Raptor Canyon 'NUC Extreme' PC with 13th Gen Raptor Lake CPUs.

Intel will be releasing its 13th Gen Raptor Lake Desktop CPUs later this year and it looks like the company also plans to launch its next-gen NUC 13 Extreme Mini PC alongside the platform. The leaked documents and roadmap come from Intel's NUC subreddit (via @Harukaze5719) which shows what we will be getting in the next generation of NUCs.

Starting with the details, Intel's next-gen NUC 13 system will be called Raptor Canyon which is named after the chips 'Raptor Lake' that will be featured within it. The NUC 13 Extreme 'Raptor Canyon' will feature 13th Gen 'K' unlocked SKUs such as the Intel Core i9-13900K, Core i7-13700K, and the Core i5-13600K. The NUC will also feature support for a full-length PCIe x16 graphics card (Gen 5 standard) and will come in a 13.9 Liter chassis. Intel will definitely be marketing its own Arc discrete graphics cards with the NUC 13 Extreme systems since those will be available by then but users will also have the choice to go with either AMD or NVIDIA graphics cards too.

Within the NUC 13 Extreme 'Raptor Canyon' Mini PC will be the latest NUC 13 Extreme Compute Element codenamed Shrike Bay. Once again, the latest compute element will support all Raptor Lake Unlocked 'K' and 'KF' series chips. It will be interesting to see if the previous-gen Eden Bay Compute Element which houses the 12th Gen Alder Lake CPUs will be backward compatible with the newer Raptor Lake chips considering they utilize the same socket and the desktop CPUs are confirmed to be inter-compatible.

The Intel NUC 13 Extreme Mini PCs are expected to launch in the fourth quarter of 2022 which means that Raptor Lake is definitely going to ship prior to that so expect a 13th Gen Desktop CPU launch in early Q4 followed by the NUC 13 systems in late Q3 '22.