Intel's latest Management Engine Interface drivers have confirmed that 14th Gen Meteor Lake CPUs will indeed be coming to desktop platforms when they launch next year.

Recently, there were some rumors and speculation going on that Intel's 14th Gen Meteor Lake CPUs might only be limited to mobility platforms and end up in a similar fashion as Broadwell, Cannonlake, and Tiger Lake chips which either saw zero or limited action on the desktop platform. But the latest MEI (Management Engine Interface) drivers say otherwise and it looks like these chips will indeed be headed to the consumer desktop PC segment.

The Intel Meteor Lake CPUs will be the first fully tiled chip design for consumers, offering up to 4 Tiles on the same package connected through EMIB and Foveros technologies. The chip will host a range of CPU, GPU, I/O & cache dies, all connected together similarly as chiplets and offering a leap in performance and efficiency. Now Intel has indeed shown Meteor Lake prototypes & early units in mobility flavors first but that just means they are holding off the desktop chips till the launch.

What remains to be seen is whether Meteor Lake will feature support on the same LGA 1700/1800 socket platform or end up using a different socket considering the tiled-chip has a very different design vs the hybrid Alder Lake & Raptor Lake CPUs we are getting today. 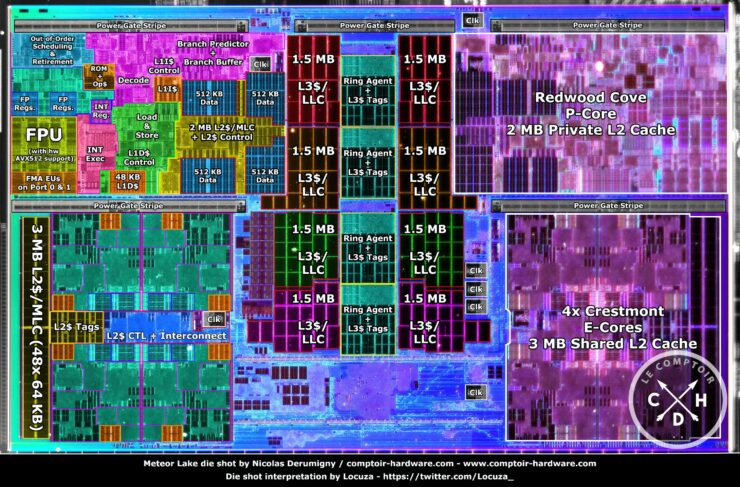 The Intel 14th Gen Meteor Lake's Compute Tile was one of the first sections of the chip to tape out and achieve Power-On. Since then, the entire chip has achieved Power-On and is on schedule for a 2023 release.

The 14th Gen Meteor Lake CPUs are going to be a gamer changer in the sense that they will adopt a brand new tiled architecture approach. Based on the 'Intel 4' process node, the new CPUs will be offering a 20% improvement in performance per watt through EUV technology and are set to tape out by 2H 2022 (manufacturing-ready). The first Meteor Lake CPUs are scheduled to ship out by 1H 2023 and availability is expected later the same year.

According to Intel, the 14th Gen Meteor Lake CPUs will feature a brand new tiled architecture and what this basically means is that the company has decided to go full-on chiplet. There are 3 main tiles on the Meteor Lake CPUs. There's the IO Tile, the SOC Tile, & the Compute Tile. The Compute Tile comprises the CPU Tile and GFX Tile. The CPU Tile will be making use of a new hybrid core design consisting of Redwood Cove P-Cores and Crestmont E-Cores, delivering higher-performance throughput at lower power while the graphics tile will be unlike anything we have seen before. The CPUs will scale from 5 to 125W which is from ultra-low TDP mobile to high-end desktop PCs. 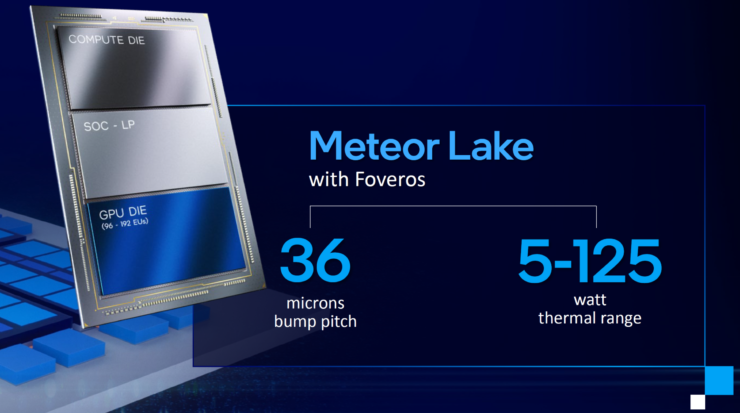