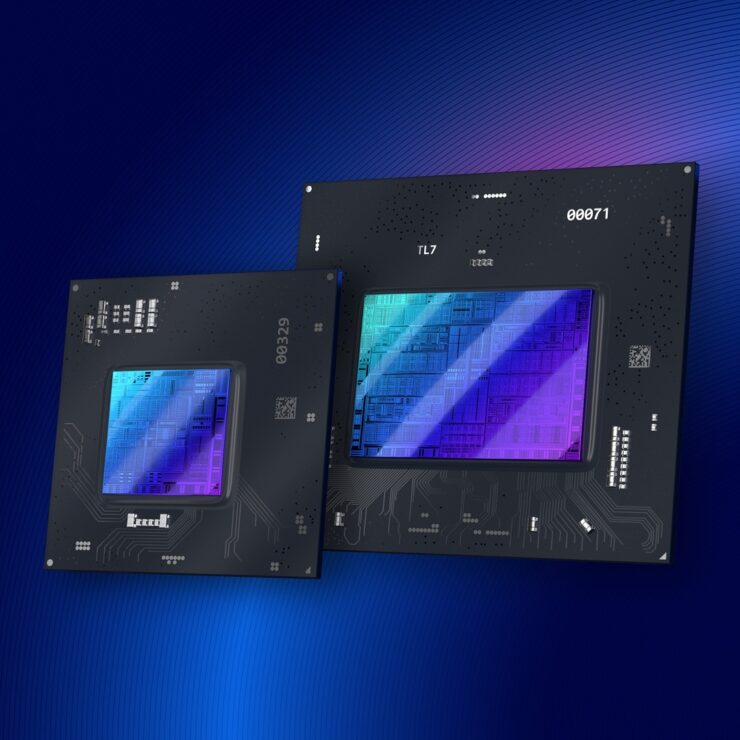 Intel's high-end Arc A7 and A5 Mobility GPUs which include the A770M & A550M have been tested in 3DMark benchmarks, showcasing their synthetic performance capabilities.

We have already seen various benchmarks of the Arc A730M GPU here and here so now it's time to take a look at the first unofficial benchmarks of the A770M and A550M Mobility GPUs. The benches were leaked by @_rogame and although they are not the same 3DMark benchmarks, these results can be compared against existing mobility chips from AMD and NVIDIA. The Intel Arc A770M config was part of a CLEVO laptop with an Intel Core i7-12700H while the Arc A550M was tested on a Intel reference laptop. This could very possibly be one of the new NUC X15 'Alder Country' designs that were revealed a few days ago and feature the same Core i7-12700H CPU with up to an Arc A730M GPU.

The Intel Arc 7 lineup is going to utilize the flagship ACM-G10 GPU and will feature two variants, the Arc A770M and the Arc A730M. The top-end variant for mobility platforms, the Arc A770M, will be equipped with the full ACM-G10 configuration, utilizing 32 Xe-Cores for 4096 ALUs, 32 ray tracing units, a graphics clock of 1650 MHz, up to 16 GB GDDR6 memory that operates across a 256-bit wide bus interface and a TDP target of 120-150W. This is comparable to the GeForce RTX 3070 Ti Max-Q variant.

The second part is the Intel Arc A730M which will also be equipped with an ACM-G10 GPU but house 24 Xe Cores (3072 ALUs), 24 ray tracing units, a graphics clock of 1100 MHz, 12 GB GDDR6 memory running across a 192-bit bus interface and a TDP target of 80-120W. This GPU will aim for the GeForce RTX 3060 series mobility options. Intel has already published its official performance figures for the A770M & A730M GPUs which you can see here.

Coming to the performance benchmarks, the Intel Arc A730M scored 13,244 points in the 3DMark Fire Strike Extreme Graphics test. The driver used was a test version (version 9999) and the overall performance seems to be the same as the NVIDIA GeForce RTX 3070M (Non-Max-Q). The A550M on the other hand delivered an overall score of 6017 points in the 3DMark Time Spy graphics bench & while running on an older (v1726) driver (the latest driver is v1734). The Arc A550M was running the Intel APO (Advanced Performance Optimization) feature which increases synthetic benchmark GPU performance by up to 15% so this is not a real-world test case. It is not mentioned if the A770M was also run in the benchmarks with APO enabled or not.

As for the graphics performance of the Intel Arc A550M Mobility GPU, it ended up 40% slower than the Arc A730M GPU which means that the performance should actually end up around NVIDIA RTX 3060's Max-Q level. Once again, these are only synthetic benchmarks that may be run with APO enabled, showcasing the best-case scenario for Intel's Arc lineup.