Intel Arc Truck With Arc GPU-Powered Gaming PCs Is Coming To LANFest In Colorado But Will The Driver Be Fast Enough? 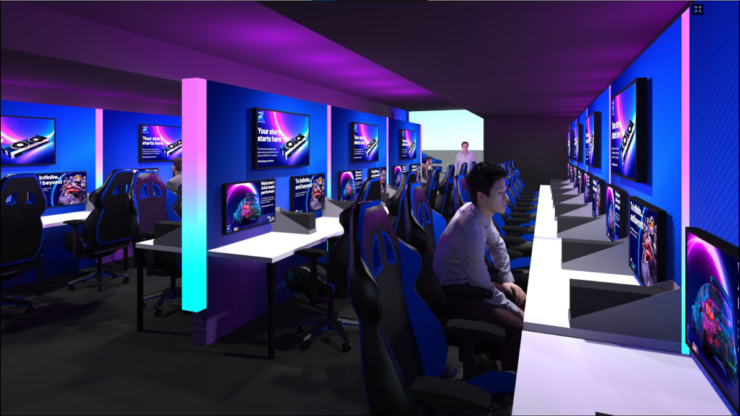 Intel will be sending a truck, fully equipped with gaming PCs powered by its upcoming Arc GPUs, to LANFest in Colorado, US, in September.

Intel's Arc Truck Rolling Out To LANFest In Colorado, In September - Comes With Several Gaming PCs Equipped With Arc GPUs

Intel has dedicated a truck full of Arc GPU-powered gaming PCs for this year's LANFest In Colorado which will be held in late September. Pictures tweeted by Evan Stenger reveal the Trick is fitted with at least 30 Gaming PCs which will allow gamers to show off their skills and also get a first taste of the Intel Arc desktop discrete graphics cards which are scheduled for launch in Q3 2022. The truck is definitely part of Intel's Arc marketing campaign and we will be getting more information on it soon.

Looks like @IntelGraphics will be taking ARC on the road in a mobile gaming café.

As for what the Intel Arc Truck has to offer, the PCs will be Intel's own NUC 12 'Dragon Canyon' systems featuring 12th Gen Alder Lake CPUs and the aforementioned Intel Arc Discrete GPUs for desktop PCs. The NUC 12 Extreme comes with a singular x16 (Gen 5) slot so it is quite easy to tell that desktop graphics cards will be used instead of the mobility parts which are rolling out in the market not.

The blue team has also partnered up with AOC, SteelSeries, and BackForce who will provide the additional equipment such as Peripherals, Gaming Chairs, and Monitors. The company also used brand new marketing banners including a first look at what could be an entirely new Arc graphics card design that we haven't seen before.

The Intel Arc Limited Edition graphics card used an all-black color theme while the one pictured in the banners is a dual-color tone design with a design that's reminiscent of XFX's older Double Dissipation cards. It's still a dual-slot design with at least two power connectors and two fans but that's all that we can tell from the picture. September also seems to be prime time for Intel to get its Arc GPU drivers ready since NVIDIA and AMD will both have their next-gen lineup almost ready by then. Hopefully, both the Intel Arc truck and Arc GPUs will have working drivers by Q3 2022.

The post Intel Arc Truck With Arc GPU-Powered Gaming PCs Is Coming To LANFest In Colorado But Will The Driver Be Fast Enough? by Hassan Mujtaba appeared first on Wccftech.