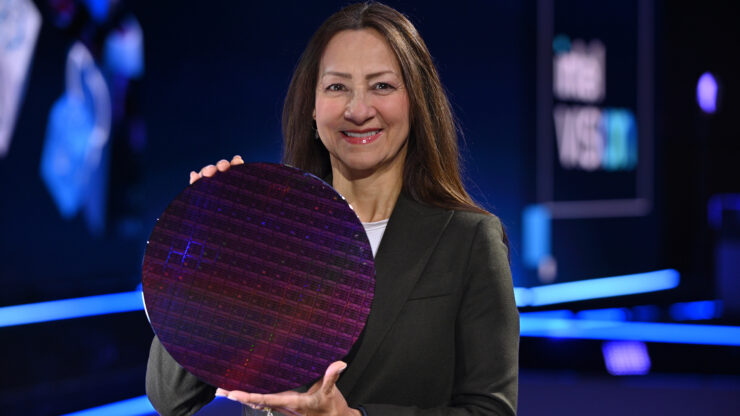 Intel's Data Center Group (DCG) seems to have made a habit of delaying products over and over again as their latest Sapphire Rapids Xeon CPUs have been confirmed to be pushed back and the volume ramp is now expected later than originally forecasted.

The confirmation regarding the delay of Sapphire Rapids Xeon CPUs comes from Sandra Rivera, Intel's executive vice president, and general manager of the Datacenter and AI Group. A statement provided to Computerbase confirms that Intel is still working on building more platform & product validation time which has led to the ramp being later in the year than they had planned. Following is the full statement:

At this point we are building in more platform and product validation time, so we see Sapphire, you know the ramp being later in the year than what we had originally forecasted, but the demand is still very high.

So the process is healthy, the capacity picture is good, but you know we’ve got some of these other issues that we’re dealing with and customers on that match that issue still working through that.

"We would have liked more of that gap, more of that leadership window for our customers in terms of when we originally forecasted the product to be out and ramping in high volume, but because of the additional platform validation that we're doing, that window is a bit shorter. So it will be leadership — it depends on where the competition lands," she said.

At the same time, Intel also states that despite the delay, the demand for Sapphire Rapids Xeon CPUs remains high. Recently, NVIDIA revealed during the same BofA Securities Global Technology Conference that they have tapped Intel's Sapphire Rapids CPUs to power their next-gen DGX H100 AI systems. The system was originally meant to launch in the third quarter of 2022 but given that the volume ramp of the chips that will power the system is now expected in late 2022, we may see a limited production in Q3 followed by a more stable availability in Q4 2022 and so on. The delay seemed very obvious given that Intel has been showcasing internal performance demos against its rivals for a while now but never truly revealed the actual specifications of its Sapphire Rapids Xeon chips. The Aurora supercomputer is also one major product that has been moved back from a 2018 release to late 2022 due to delays with Sapphire Rapids and Ponte Vecchio GPU production. The system was meant to be the world's first exascale machine but that title has now been claimed by the all-AMD powered Frontier supercomputer.

Also, while Intel may show Xeon Sapphire Rapids CPUs to outperform AMD's EPYC Milan-X chips, by the time the new Xeon CPUs launch, AMD will already have Genoa in the market which brings even more cores, and on the new Zen 4 core architecture with a 5nm process node whereas Intel's Sapphire Rapids is based on a 10nm 'Intel 7' node. An interesting roadmap shared by AdoredTV shows the messy Xeon roadmap which had Sapphire Rapids HBM pitted around Q3 2022 but that doesn't ship until 1H of 2023 now. 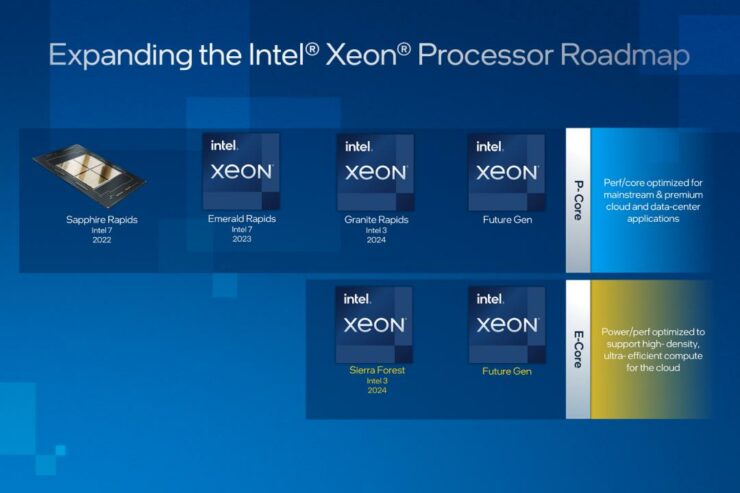 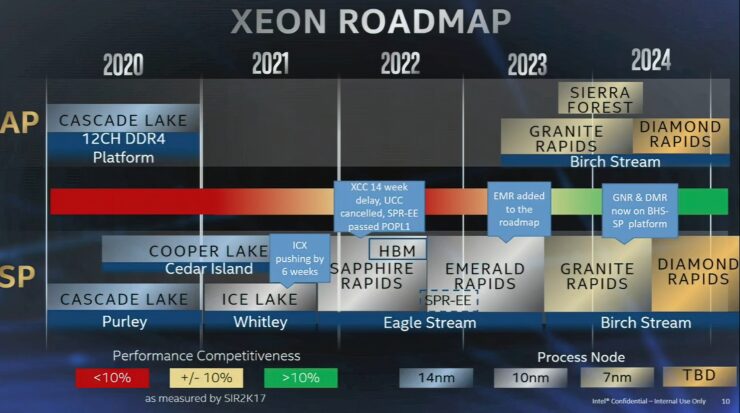 This delay could also affect future Xeon products such as the Emerald Rapids and Granite Rapids chips which have a mighty task ahead of them to secure back Intel's position in the server space. Sure Intel has the market share for now but since EPYC's launch, it has been dwindling and with EPYC now sitting at a double-digit share and meeting launch deadlines while delivering industry-leading performance, efficiency, and features, things aren't looking that great for Intel in the coming years.

The post Intel Confirms Sapphire Rapids Xeon CPUs Have Been Delayed Once Again, Volume Ramp Pushed Back To Late 2022 by Hassan Mujtaba appeared first on Wccftech.