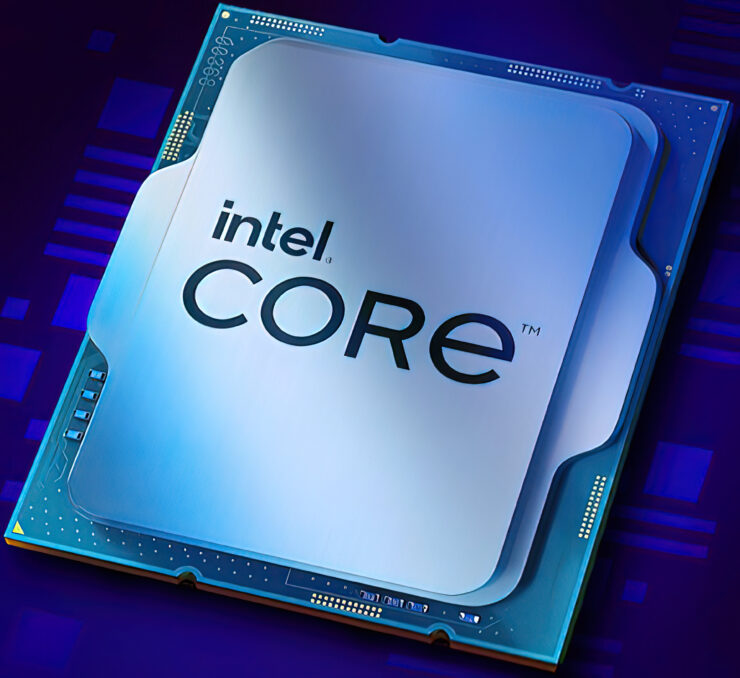 Intel's Core i9-13900K Raptor Lake CPU benchmarks just keep pouring in a whole two months prior to its expected launch. The latest benchmarks come from OneRaichu who shows the max potential of the chip with an "Unlimited Power" setting and a default boost frequency of 5.8 GHz.

The Intel Core i9-13900K Raptor Lake CPU sample tested here seems to be a retail chip that features 24 cores and 32 threads in an 8 P-Core and 16 E-Core configuration. The CPU carries a total of 68 MB of cache and we can tell that this is just a better "Retail-Ready" sample based on its clock speed alone. The chip retains a maximum boost clock of 5.8 GHz across 2 cores & 5.5 GHz frequency across all 8 P-Cores.

The exact test configuration wasn't revealed but OneRaichu tested the chips with two profiles, one with the standard "Limited Power" and the other with the "Unlimited Power" setting. Using the first setting, the chip achieved a single-core score of 2290 points and a multi-core score of 35,693 points with a maximum power draw of 253W. The "Unlimited Power" setting removes all shackles & offers the full potential of the CPU. With the new profile, the Intel Core i9-13900K Raptor Lake CPU posted a single-core score of 2288 points which is the same as the first setting but it's the multi-thread CPU score that saw a huge boost. The Cinebench R23 multi-thread score jumped to 40,616 points, that's a 14% boost over the standard power profile.

At the same time, the CPU's power consumption also saw a dramatic increase from 253W to 345W which is something that we mentioned exclusively a few days ago. That's a 36% increase in power for a 14% performance gain so definitely not the best performance efficiency gain here but those who don't care about their power bills would definitely end up using the "Unlimited Power" profile for the best performance.

Now to make this benchmark a bit more interesting, we know that the AMD Ryzen 7000 CPUs are expected to offer a 35% multi-threaded performance increase in Cinebench over the Zen 3 parts. Here, we see a power-limited Core i9-13900K offering a 48% performance boost over the Ryzen 9 5950X at 253W and we know that Ryzen 7000 CPUs have a maximum PPT of 230W. So that's a 20 Watt difference while the multi-threading performance of the flagship 13900K might end up a bit higher (double-digit gain) over Ryzen 7000 flagship (for an 8% wattage difference).

Overall this looks to be some mighty good multi-core performance for the upcoming Raptor Lake chips. We still want to wait for some detailed power and temperature figures but one thing is for sure, in MT-tasks, Raptor Lake might give AMD's Raphael a hard time. The Intel 13th Gen Raptor Lake Desktop CPUs including the flagship Core i9-13900K is expected to launch in October on the Z790 platform. The CPUs will be going up against AMD's Ryzen 7000 CPU lineup which also launches in Fall 2022.