Intel Is Now Targeting a $16 Billion Valuation for Mobileye, Just Marginally Higher Than the $15.3 Billion Purchase Price Back in 2017 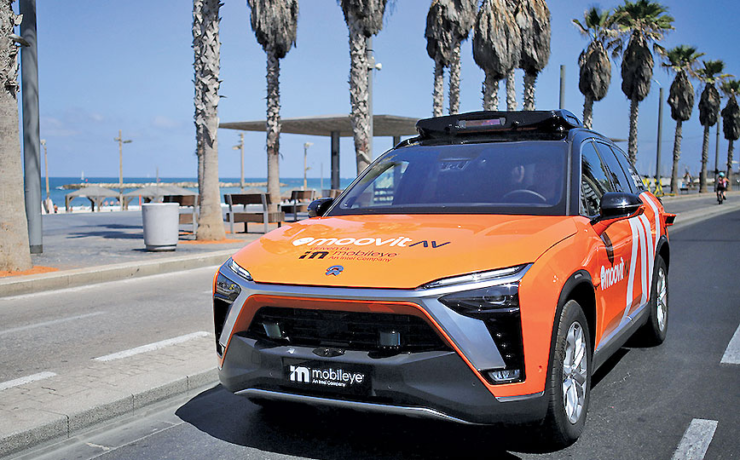 Intel (NASDAQ:INTC) is moving ahead at a fairly clip pace to list the shares of its autonomous driving unit, Mobileye (MBLY), on the stock exchange. However, given the timing of this move and the realities of the current bear market sentiment, Intel is looking to price Mobileye shares at a substantial discount to the unit’s nosebleed valuation just a few years back.

To wit, Intel has now indicated in a fresh filing with the SEC that it is looking to publicly float 41 million Class A common shares of Mobileye, with each share priced between $18 and $20. Consequently, Intel will be able to raise $820 million via this IPO, assuming that the deal is priced at $20 per share. Such a price will also value Mobileye at $16 billion.

Intel has further elaborated that the deal underwriters will have the option to purchase an additional 6.15 million shares, allowing Intel to raise another $123 million (assuming that the deal is priced at $20/share).

Readers should note that Intel purchased Mobileye back in 2017 for around $15.3 billion. Consequently, a $16 billion valuation now provides just around a 4 percent upside to the semiconductor giant at the top end of Mobileye’s IPO price range.

As far as the use-case of proceeds is concerned, Mobileye has elaborated:

“We intend to use the net proceeds that we receive from this offering and the concurrent private placement as follows: (i) to retain for working capital and general corporate purposes a portion of the net proceeds in such amount as is necessary so that our parent company Intel Corporation, a Delaware corporation (Nasdaq: INTC) (together with its subsidiaries other than us, “Intel”), ensures that, immediately after completion of this offering, we have $1.0 billion in cash, cash equivalents or marketable securities in accordance with the terms of the Master Transaction Agreement (as defined below); and (ii) to use the remainder to repay a portion of the indebtedness owed to Intel under the Dividend Note (as defined below). Intel informed us that it intends to contribute to Mobileye Global Inc. any remaining portion of the Dividend Note in excess of such repayment in connection with this offering and the concurrent private placement, so that no amounts under the Dividend Note would remain owed by us to Intel after the completion of the transactions contemplated by this offering.”

As a refresher, Mobileye is a leading competitor in the field of autonomous driving. The Mobileye Supervision is a pure camera-based ADAS that leverages 7 long-range and 4 short-range cameras. The system is powered by 2 EyeQ5H chips. Mobileye also plans to offer enhanced ADAS capabilities under its TRUE REDUNDANCY

solution – an integrated system that leverages data streams from 360-surround view cameras, LiDAR, and radar in order to deliver enhanced safety for level 4 autonomous driving. While Mobileye currently sources the LiDAR sensors from Luminar (NASDAQ:LAZR), it plans to switch to an in-house solution by 2025. Intel’s autonomous driving unit currently has partnerships with over 25 OEMs.

Of course, Mobileye’s IPO is part of Intel’s strategy to become leaner in order to better compete with AMD and NVIDIA. The company is also increasingly focusing on expanding its foundry business.

The post Intel Is Now Targeting a $16 Billion Valuation for Mobileye, Just Marginally Higher Than the $15.3 Billion Purchase Price Back in 2017 by Rohail Saleem appeared first on Wccftech.