HomeArchitectureIntel Tejas and Jayhawk: The Story of the abandoned Intel 7 GHz...
ArchitecturebufferedchipClockCompanyCoreDevelopmentFeaturedfischerGeneralGhzHardwareIntelissuejayhawkmicroarchitectureNewsPentiumPowerprescottProcessorProjectReportStickyteamTechnologytejas 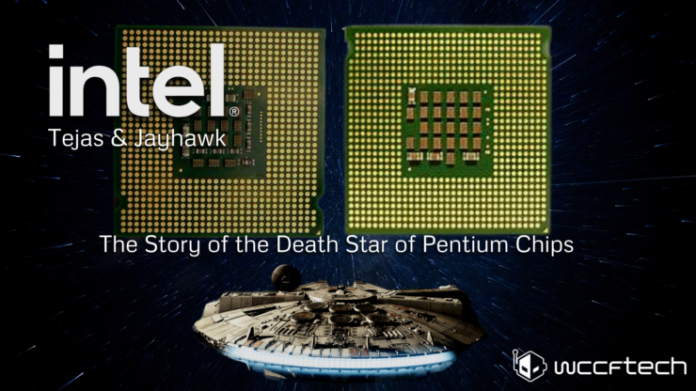 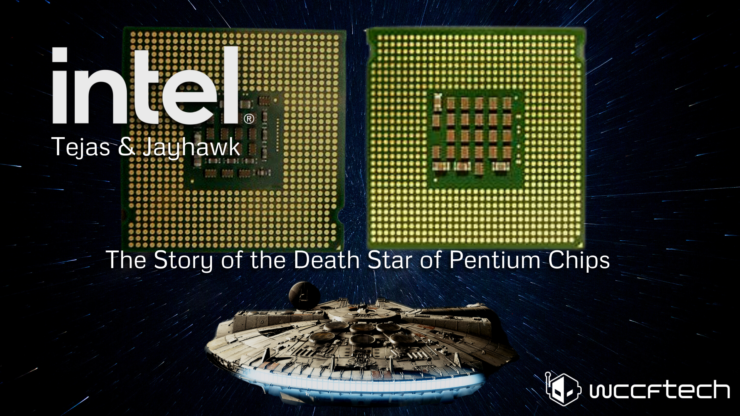 YouTube channel Fully Buffered published a video yesterday discussing the history of the abandoned Tejas Project by Intel. This project would have seen two Pentium 5 chips hit the market offering significantly higher clock speeds on a single core — between 7-10 GHz depending on the chip. The project was shelved due to power consumption and overheating issues, and Intel changed the company's focus to multi-core processors.

After 18 years, we find more information about Intel's infamous failure — the Pentium 5 processors

First, let's look a little closer into the two chips themselves. Tejas was the codename given to the microprocessor to be the successor to the Pentium 4 processor. Jayhawk was the Xeon variant of the abandoned Pentium 5 series.

In 2003, Intel began work on the Tejas series, with a release date the following year. However, due to issues with the designs of the chips, Intel was forced to change the date to 2005. Unfortunately, the company could not achieve its goal with the Tejas Project and ended the development on May 7, 2004. Outside of heat and high power consumption causing issues with the product, there was also the issue of sacrificing the processors' performance per clock.

Issues similar to this were seen with the Prescott performance and its minor gain above Northwood. Prescott could obtain clock speeds over 5 GHz but suffered increased power and higher temperatures, albeit mildly. Intel's Tejas was to achieve higher clock speeds than Prescott. The company attempted to achieve clock speeds reaching a fantastic 10 GHz within ten years (2000 to 2011). However, as the YouTuber points out, Prescott was a disaster.

The Tejas and Jayhawk chips were to enhance and improve NetBurst, with Tejas being built with a 90nm process. Eventually, the chip had to reduce from a 90 nm process to a 65 nm process. At the time, the series was to offer a single megabyte of L2 cache. The 65 nm processor doubled the cache size of the 90 nm chip, offering 2 MB of L2 cache. A rumored dual-core processor called Cedar Mill by Intel was also to be developed but never saw the light of day.

Regarding specifications of the Tejas processor, Various outlets reported that early samples sent to board partners showed that the clock reached 2.8 GHz with a TDP of 150W. The unreleased CPU would have fit into the LGA 775 socket with a die size of 213 mm² — double that of the Prescott chipset. The only sample reported before the video from Fully Buffered was from Anandtech, who obtained a model that turned out to be the Prescott BO ES and not the Tejas series. The only speculated samples that would have been floating around in enthusiast circles would have possibly thermal examples of the Tejas line.

Fully Buffered obtained the Tejas and Jayhawk processors from John Culver of CPU Shack (eBay) for an undisclosed amount. The YouTuber said the Tejas chip fit into an LGA 771 socket, not the reported LGA 775 socket. Intel labeled them with the name "j-holes." The date listed on the chips and verified by the RoHS documentation is in the middle of April 2004, which is assumed only to be a few weeks before the company entirely scrapped the line.

Steve Fischer, one of the Intel engineers who worked on the Tejas and Jayhawk processors, gave some insight into some of the development histories and is not currently reported anywhere but on Fully Buffered's channel.

The first question focused on Fischer's involvement with the project and some insights into the project.

Tejas was primarily led and developed by an engineering team based in Austin, and the Folsom processor development team playing a large existing role. Folsom had more is and designed for manufacturability expertise based on earlier P6 and P4 derivative product developments, while the Austin team was newer to intel but with some different microarchitecture expertise brought in from the outside like former Power PC engineers. I came into this project late having spent a couple of years doing something completely different at one of intel's acquisitions during the .com boom [...] after returning to intel I focused on microcode development. With these efforts are first being applied on Prescott and then later on Tejas the latest and greatest P4 product. The thing had a pipeline depth of around 50 stages and an expected clock target at one point north of 7 GHz.

I call the thing "the Death Star of processors" and half-jokingly reasoned that consumer acceptance of liquid-cooled chassis would not be a big deal.

By mid-2004, I believe I'd moved on to lead the microarchitecture activities [at Intel.]...

The fastest Pentium 4 processor at the time offered 3.8 GHz at 115W TDP, so the Tejas would have provided at the 7 GHz level around 250W TDP or higher, which at that time would have required liquid-cooling to keep heat levels low.

Fischer was then asked about the project within intel, especially when the microarchitecture was the gateway to the beginning of the Core architecture.

This "multiple team approach" is quite common at intel. It is healthier and encourages a more competitive product. Development at the time, as also on many other products, there was a lot of debate between which architecture direction was best. Even within the teams, there's been a lot of debate. Tejas, in a way, was taking the P4 microarchitecture to an even further extreme while many believed that this was a dead end due to its extreme use of pipelining and the power implications that came with it while the more recent trend towards mobility and lower power implied the mirror on direction to be the better choice.

After Merom team was showing very favorable results, and given these doubts, it was decided at a corporate level to kill Tejas and double-down on the mirror microarchitecture.

Fully Buffered asked if Fischer could comment on the legitimacy of the two processors purchased from Culver off eBay, to which the former Intel engineer stated:

...2004 is the year in which the project was cancelled. After having some early silicon results, and I believe these are probably actual silicon. The A4 stepping designation makes that implication as it would be highly unlikely to have that many revisions for a thermal or mechanical sample.

On the origin of the names of the two processors, Fischer had this to say about their history:

I think it is named after a park or river in Texas. Not sure about Jayhawk...

One shouldn't put too much weight on such project names as often it may be simply based on the whims of a more influential manager that also passes the approval of the legal department.

During the interview, Fischer was asked if he believed the processor would be capable of working, to which he stated that he was unsure but would lean strongly towards the processor not working. Fully Buffered attempted an older and newer Intel board and failed to activate the processor.

Halting an entire project is a multi-million dollar loss regarding a business's expenses. With Intel, canceling Tejas and Jayhawk had quite a dramatic effect as their first attempt at a dual-core processor for the company's Itanium processor that was marketed for enterprise servers and high-performance computing systems. Also, AMD was developing and releasing the company's Athlon 64 processors, which were a giant step for the Intel rival.

The company immediately switched its focus to the Pentium M microarchitecture, which used some of the same building blocks as the P6 architecture used in their Centrino notebooks. The microarchitecture was a more considerable step for Intel in that it not only outperformed several NetBurst-based designs but, in turn, ushered in the Core processors, leading to the Core 2 architectures that are used to this day. But even to this day, the GHz race is more alive than ever with both AMD and Intel pushing their latest chips past the 5.5 GHz barrier and closer to the 6.0 GHz clock limit.

The post Intel Tejas and Jayhawk: The Story of the abandoned Intel 7 GHz Pentium 5 chips by Jason R. Wilson appeared first on Wccftech.

Share
Facebook
Twitter
Pinterest
WhatsApp
Previous articleSoulstice Hands-On Preview #2 – Closing the Tear, a Drop of Blood at the Time
Next articleGalaxy Z Fold 4 Marketing Material and Other Tech Specs Leak in Full Ahead of Launch