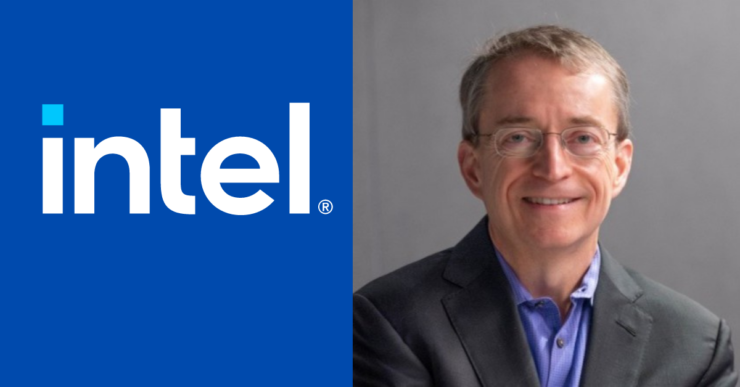 Just a few hours ago, we reported that Intel's 4 process node which will feature 14th Gen Meteor Lake as the flagship product, is scheduled for mass production in the second half of 2022. Now, it has been reported by DigiTimes in a follow-up post that Intel's CEO, Pat Gelsinger, might make a visit to Taiwan's TSMC to revise the plans for their 3nm production plans. The TSMC 3nm process node is expected to be utilized for the fabrication of the tiled-GPU that will be one of the four on-package chiplets for Meteor Lake. Following is a short summary of the report as posted by Twitter fellow, Retired Engineer:

The report states that Intel CEO, Pat Gelsinger, will be visiting TSMC, which is based in Taiwan, next month for an 'emergency correction' of its own process production capacity plan for the next year. This will be Intel CEO's third visit to TSMC and the renegotiations mostly have to do with TSMC's 3nm process node which Intel had tapped for use on their Meteor Lake CPU's tiled-GPU. The tGPU is the codename for the tiled-graphics architecture which will be a separate chiplet from the main compute tile that is being fabricated on Intel's own 'Intel 4' or 7nm EUV process node.

Intel's 14th Gen Meteor Lake CPUs are said to be originally planned for launch in the first half of 2023 but that has allegedly been delayed to the second half of 2023 or even late 2023. So if Intel Meteor Lake chips suffer a delay, the company will have to pay a hefty price as the company had already signed an agreement with TSMC for the production outsourcing plans and was elevated to a 'heavenly king' status. Even more so, the company is allegedly being forced to continue not only with its 3nm Tiled-GPU design at TSMC but also shift the compute tiled to TSMC's 5nm or even 3nm process node which would mean that certain chips can end up being produced entirely at TSMC to save its own face and also save costs which it would otherwise have to incur from the delay.

The post Intel’s CEO Rumored To Visit TSMC Next Month As 14th Gen Meteor Lake Allegedly Pushed Back to End of 2023 by Hassan Mujtaba appeared first on Wccftech.