iPhone 14 Orders Have Picked up as Apple Braces for Increased Demand, but Competitors Continue to Face Sluggish Sales 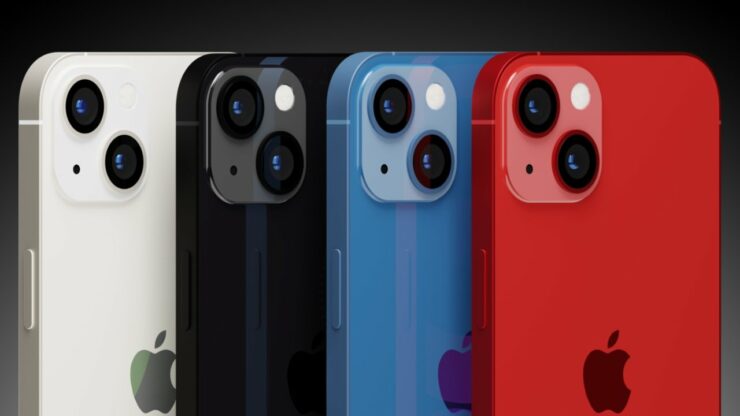 Apple has asked its suppliers to pick up component orders for the iPhone 14 series, suggesting that the company expects a wave of massive orders when the four models are officially announced later this year. Unfortunately, Android smartphone vendors cannot replicate the same success due to multiple factors.

With the iPhone 14 mini No Longer a Part of the Lineup, Demand Will Automatically Pick up for the Bigger Display Variants

Ahead of the iPhone 14 launch, DigiTimes has published a paywalled report stating Apple’s plans for its future launch. The entirety of the report was seen by MacRumors, claiming that despite a slowdown in the economy, Apple expects its upcoming range of handsets to sell well. Sadly, Android smartphone shipments have not seen an increase in their shipments, which could be due to the financial challenges consumers are facing in several markets.

Also, premium Android smartphone prices have matched Apple’s iPhone offerings for several years. In multiple cases, those prices exceed the $1,000 and $1,200 range, making it difficult to justify such purchases. Consumers may also feel that if they purchase a handset that will remain their daily driver for several years, it might as well be an iPhone since software and long-term support is the longest when picking up one of these compared to competing smartphones.

However, it does not mean that iPhone sales slow down in any quarter, as the July-August period is where the decrease in shipments starts, but that is due to customers waiting for the newer models, which in this case, is the iPhone 14 lineup. Samsung is reportedly supplying Apple with 80 million OLED panels for various iPhone 14 models, while the remaining orders will be completed by LG and BOE.

The aforementioned figure suggests Apple and its suppliers will have their hands full attempting to meet demand. Apple’s chief assembling partner, Foxconn is also increasing bonuses for workers to meet Apple’s hectic iPhone 14 shipments goal, indicating just how big the last quarter of 2022 could be for the California-based giant.

The post iPhone 14 Orders Have Picked up as Apple Braces for Increased Demand, but Competitors Continue to Face Sluggish Sales by Omar Sohail appeared first on Wccftech.