Jagged Alliance 3 Impressions – Returning to the Past 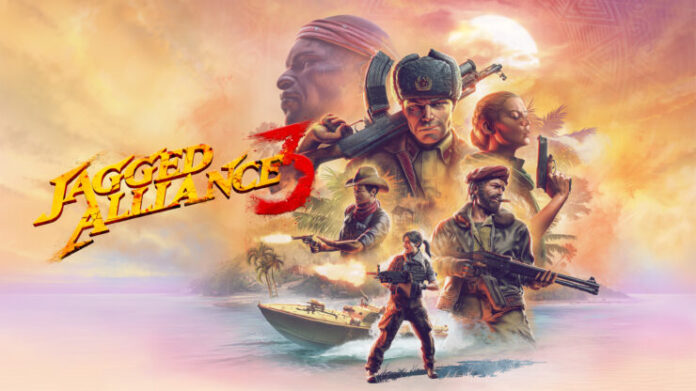 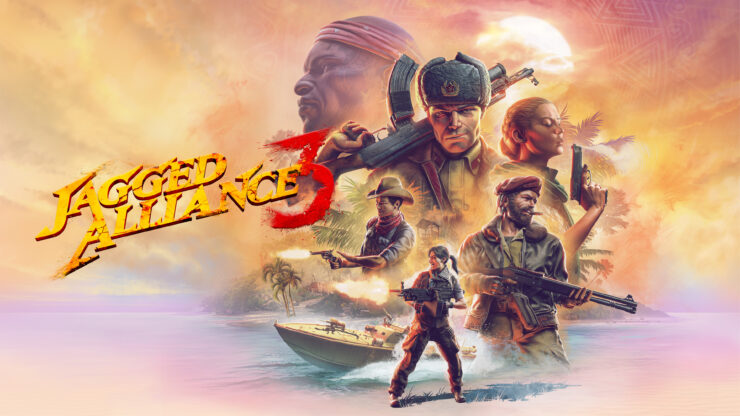 There's little doubt that Jagged Alliance as a series has faltered, or more accurately, it never really managed to follow the high of Jagged Alliance 2, released in 1999. Having gone through many publishers and developers, THQ Nordic has been the owner of the IP since 2015, then publishing (under the Handy Games label) Jagged Alliance: Rage! Last year, they finally announced Jagged Alliance 3.

If there's one thing worth saying, developers Haemimont Games are the most experienced team to have worked on the franchise, having created titles like Tropico 4 & 5, Omerta - City of Gangsters, Victor Vran and Surviving Mars. While I couldn't get hands-on with Jagged Alliance 3 at Gamescom, I was shown a presentation and asked a few questions while at it. The inevitable question is what I thought about this first look at Jagged Alliance 3.

In a first for the series, Jagged Alliance 3 is moving to the real world. This doesn't mean the series hasn't gone for a level of realism before, but it's the setting this time. Still a fictional state, Grand Chien, you'll be finding yourself leading your mercenaries in Africa. The army has kidnapped the president, and his daughter has hired you to rescue him. I should also mention it's in the early 2000s, so we've got some old tech on the go.

With this setting, you get the variety of biomes and conditions that come with it. The jungle could bring you monstrously heavy rain, limiting your and your enemies' range of visibility and reducing how far sound travels, offering stealthy opportunities for your mercs. In the desert and a sandstorm, your weapon will likely jam. These features should make for a more tactical outing than the previous Jagged Alliance and bring the series even more modern and advanced sensibilities.

What the setting also brings is an influence on how the game works. Much like some real-life states, Grand Chien is prominent in the blood diamond trade, so earning money to pay your increasing group of mercenaries will see you capturing diamond mines. In addition, maps and structures show signs of their colonial past. It all adds to the sense that this is an actual wartorn African state that has only just elected a democratic leader, and the vested interests of those before have led to the current conflict.

Aesthetically, Jagged Alliance 3 looks good from the presentation. There are lovely throwbacks to earlier entrants in the series, which include the design of your laptop (going full retro) and the equipment you'll be using. After all, this is set only a few years after Jagged Alliance 2. Even the overall strategic map had a nice bit of flair to it. The tactical maps have the most attention to detail, with a brighter colour palette and seemingly high-quality models helping them stand out.

As mentioned, you'll find yourself with both a strategic and tactical map, leading mercenaries through both. Those familiar with the series won't find anything odd, but there are a few elements to try and help Jagged Alliance 3 stand out. First, the mercenaries - forty in total - will all be fully voiced, with voice actors hired from all over the world to add to the authenticity. Several mercs will return from previous titles, but all of them will interact. Those with linked backstories can result in unexpected consequences depending on what happens in the game. For example, there's a married couple; if one dies, the other may leave forever.

The main strategic map is split into around sixty sectors, standard for the series, with other water-only areas adding to the flavour and offering strategic locations. Once you've captured areas, such as outposts, you can hire militia to protect the site in addition to the squads of mercenaries you can hire - six mercenaries to a team. What happens to be the clear new feature is when you move into the tactical battles rather than the overall strategic map.

Chance. Chance has always been a deciding factor in how you even act within a turn-based tactics title. Haemimont Games have decided to remove chance, or at least remove the visible aspect of chance. When you select an enemy to target, you will not get shown anything along the lines of "a 90% chance to hit".

Tests by Haemimont have shown that showing this not only has the inevitable comparisons with games like XCOM, but it also means players keep playing the same way. Haemimont wants to bring back the unexpected and the surprise of Jagged Alliance. Fighting between mercenaries and the army should be messy, dangerous, and exciting.

The question will be if Haemimont manages this. We won't honestly know until some unrevealed time in the future. THQ Nordic isn't pressuring Haemimont, letting them get the game right. I can't say if this will be a true Jagged Alliance; it was a thirty-minute presentation. My first impressions are that Jagged Alliance 3 is on the right track, but only time will tell.

The post Jagged Alliance 3 Impressions – Returning to the Past by Chris Wray appeared first on Wccftech.