HomeFinanceJim Cramer Takes the Credit for the GameStop Digital Wallet as the...
FeaturedFinancegamestopNewsStickyTechnology 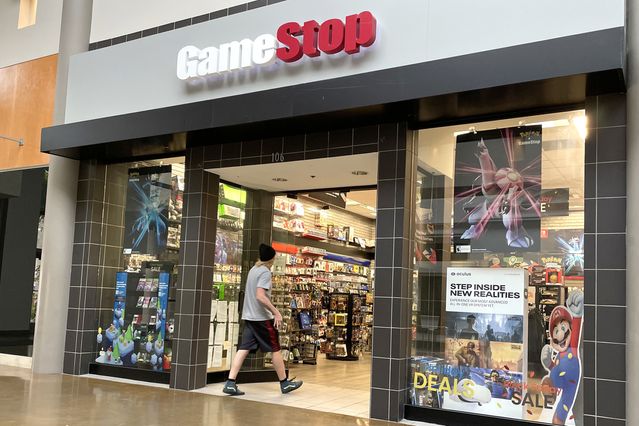 GameStop shares are currently up a healthy 28 percent over the past five trading days, with the sentiment around the stock benefitting from the much-hyped launch of the GameStop digital wallet earlier this week.

On the 23rd of May, GameStop launched the beta version of an Ethereum-based and browser-supported digital wallet that would allow users to send, receive, and store cryptocurrencies (ERC 20 tokens and Ethereum) as well as NFTs conveniently. Crucially, this digital wallet offering is meant to complement GameStop’s upcoming NFT marketplace, allowing the retailer of video games to become a full-fledged Web3 platform that seamlessly connects gamers with content creators and video game publishers via the monetization of in-game digital assets through NFTs.

Against this backdrop, CNBC’s Jim Cramer, whose investing acumen is questionable at best and who provided the stimulus for the veritable alpha-generating machine that is the Inverse Cramer ETF, has now taken the credit for GameStop’s digital wallet idea:

Glad that Gamestop embraced my digital wallet idea and is basing it on ethereum; what we need is for Gamestop stores to become part physical bank for digital, not so much for brick and mortar presence but for education purposes

Of course, after regularly bashing GameStop and other meme stocks on air, this tweet by Cramer might be nothing more than an attempt to establish his questionable prescience when it comes to the investment world.

This was not the only major development around GameStop shares this week. Readers would remember that the meme stock mania, or at least the initial upthrust back in January 2021, had ended when the retail brokerage firm Robinhood suspended the ability to buy certain high-volatility stocks, including GameStop and AMC Entertainment. While much of the ensuing furor was concentrated on Robinhood and its primary market maker, Citadel, the brokerage firm TradeZero had also employed the same tactics.

“Respondent TradeZero shall, within fourteen days of the entry of this Order, pay a civil money penalty in the amount of $100,000.00 to the Securities and Exchange Commission for transfer to the general fund of the United States Treasury ….”

While any movement on this front is a welcome development, the SEC’s approach has left a lot of GameStop Apes fuming:

At the core of this resentment lies the fact that the SEC did not penalize TradeZero’s clearing broker, APEX Clearing Co., which was the primary entity that had forced TradeZero to halt the trading in GameStop and other high-volatility equities during the pertinent period. Also, the quantum of the penalty in this case is also a laughing matter, amounting to nothing more than a token fine.

The fact that the SEC did not penalize APEX even after accepting the sequence of events that point toward its culpability raises serious questions about the accountability of the so-called “big fish” in the financial pond.

The post Jim Cramer Takes the Credit for the GameStop Digital Wallet as the SEC’s Token Fine on TradeZero Supercharges the Apes by Rohail Saleem appeared first on Wccftech.