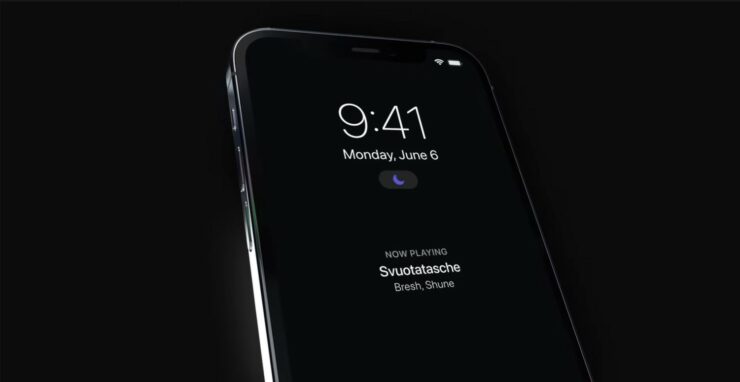 Apple is scheduled to host its WWDC 2022 event early next month. The company will announce a plethora of software updates for the iPhone, iPad, Mac, Apple Watch, and more. While details on iOS 16 are scarce, there is a boatload of features that we wish Apple included in its forthcoming iOS 16 software update. A new iOS 16 concept has been shared that aims to show some of the most highly anticipated features like Always-On display, interactive widgets, and new app icons.

The latest iOS 16 concept is shared by the YouTube channel Nicholas Ghigo. The concept creator shares several features which have been on our wishlist for years. While companies like Samsung and OnePlus have rocked an Always-On display for quite a while, Apple is far behind. The concept imagines Always-On functionality on the iPhone that shows notifications and additional information. It will allow users to check for important information at a glance whereby saving time and effort.

Mark Gurman has coined that iOS 16 will not feature a major facelift but bring under the hood improvements and changes to notifications and health tracking. However, the concept showcases new app icons on iOS 16. While we are not sure about the new app icons, Gurman also points out that the update will come with "fresh Apple apps" and a new way of interacting with the system.

Other than this, the concept also imagines App Library in the dock. To be fair, it will make it easier for users to access all the apps in one place with a single tap. Currently, users have to swipe all the way to the left to access the App Library. Another major addition presented in the concept is Interactive Widgets which will give users more control on the Home screen.

The iOS 16 concept also imagines several other features like a new App Switcher, the ability to set multiple timers, revamped Control Center, locking apps, and much more. If you are interested, you can check out the video embedded above for more details.

This is all there is to it, folks. What are your expectations from iOS 16 at WWDC 2022 on June 6? Let us know your thoughts in the comments section below.

Share
Facebook
Twitter
Pinterest
WhatsApp
Previous articleWhen to Wash Your Walls Before Painting, and When You Can Skip It
Next articleApple Display Supplier BOE May Lose out on 30 Million iPhone 14 Orders as the Company Was Reportedly Caught Cheating