Low-Cost iPad 10 Once Again Reported to Ditch Lightning Port, Make a Switch to USB-C, Among Other Changes 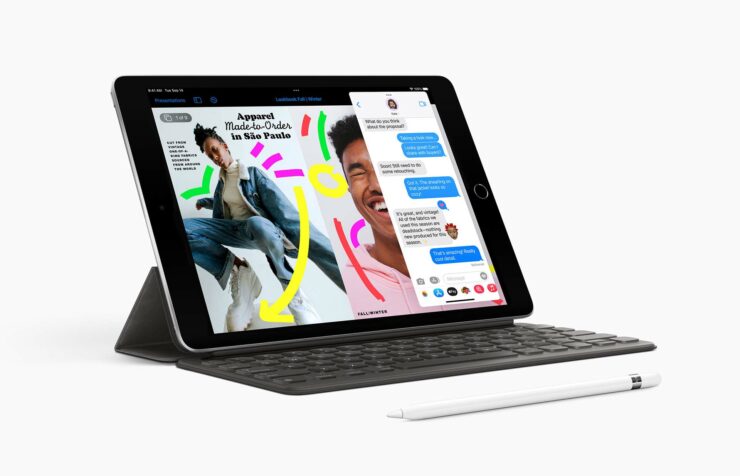 Apple is scheduled to launch a low-cost iPad later this year, and if we are going in chronological order, it will unofficially be called the iPad 10 to prevent confusing uninformed customers. Multiple changes are arriving for this tablet, including a switch to the USB-C interface. Assuming Apple makes this change, it will be the last iPad model transitioning to USB-C.

Bloomberg’s Mark Gurman corroborated partial specifications of the upcoming iPad 10 on his Power On newsletter, stating that the low-cost model will arrive with an A14 Bionic and will be the first slate in Apple’s affordable tablet range to get 5G support.

“A new low-end iPad with an A14 chip and 5G—as first reported by 9to5Mac—is due this fall with that more powerful connector, I’m told.”

While Gurman did not go into extensive details on the iPad 10, a previous report talked about other changes arriving to the tablet. For instance, the new model will get a small display size increase, going from 10.2 inches on the iPad 9 to a 10.5-inch screen on the newer slate. This change may be insignificant to some, but it should allow Apple to cram in a bigger battery, and the power efficiency of the A14 Bionic will likely lead to some impressive battery results.

Apple may stick to the same pricing for the iPad 10 as it has done for so many years, with the Wi-Fi-only model expected to cost $329 and Wi-Fi + Cellular variants going for a higher price. Fortunately, if history is any indication, the low-cost models often see immediate price cuts at various online retailers, including the ones with cellular connectivity.

These price cuts will be attractive for customers looking for a budget-friendly option, with the iPad 10 expected to offer a blend of performance and above-satisfactory battery timing for a variety of tasks such as media consumption and productivity. No past reports have hinted that Apple is mulling a design change for the upcoming tablet, so at this point, we are assuming that the company will stick with top and bottom bezels, along with a Home button at the same position as previous-generation models.

Other bits of information regarding the low-cost iPad will be known in the coming weeks, so stay tuned.

The post Low-Cost iPad 10 Once Again Reported to Ditch Lightning Port, Make a Switch to USB-C, Among Other Changes by Omar Sohail appeared first on Wccftech.