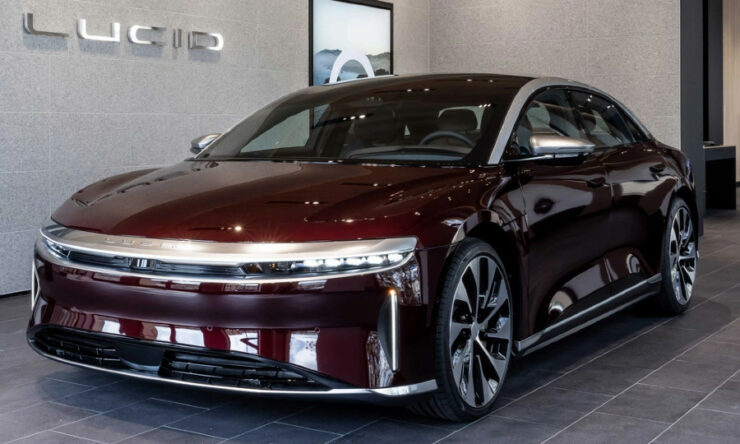 Lucid Group’s production ramp-up has been driving the narrative vis-à-vis its share price for the past few months. Now, however, the company has created for itself some much-needed space to drive home the superior technology aspect of its signature electric vehicle, thereby allowing for a possible narrative reset.

To wit, the Grand Touring Performance edition of Lucid Group’s Air EV recently participated in the UK’s Goodwood Festival of Speed (FOS) 2022. The event featured a 1.16-mile hill-climb course, a rally segment, and drift demonstrations. This time around, the Ferrari Daytona SP3, the Mercedes-AMG One hypercar, and the new BMW M3 Touring made their debut at the event alongside the 1,050-hp Lucid Air Grand Touring.

Bear in mind that Lucid Group is currently retailing two versions of its Air EV: the Lucid Air Dream Edition Performance, with 1,111 hp (828 kW) and an estimated driving range of 900 km; and the Lucid Air Grand Touring, with 819 hp (611 kW) and an EPA-estimated driving range of 717 km. While both of these versions are only available in North America currently, Lucid Group plans to initiate sales in the EU by late 2022.

As a refresher, Lucid Group had delivered 125 units of the Air EV back in Q4 2021. The company also reported deliveries of 360 units for Q1 2022 amid persistent supply chain bottlenecks. Nonetheless, the EV manufacturer remains confident of achieving its year-end goal of delivering between 12,000 and 14,000 EVs.

Bear in mind that Saudi Arabia is providing incentives of around $3.2 billion to Lucid Group over a 15-year period to establish a dedicated manufacturing facility at the King Abdullah Economic City (KAEC). Once complete, the facility will have an annual production capacity of 155,000 units, thereby bringing the company’s total capacity to around 500,000 units per annum by the middle of this decade. Nonetheless, Morgan Stanley’s Adam Jonas expects Lucid Group’s total annual production footprint to hit 430,000 units only by 2030.

Year to date, Lucid Group shares are down 53 percent. However, in recent days, the stock has been exhibiting signs of stabilization amid a broad-based consolidation. Of course, the company’s upcoming Q2 2022 earnings should provide additional clarity on the stock’s near-term prospects.