HomeappleM2 iPad Pro’s Biggest Change Is the Silicon, but Some Users Will...
appleFeaturedM2 iPad ProMobileNewsStickyTechnology

M2 iPad Pro’s Biggest Change Is the Silicon, but Some Users Will Be Better off With a Laptop, According to Review Roundup 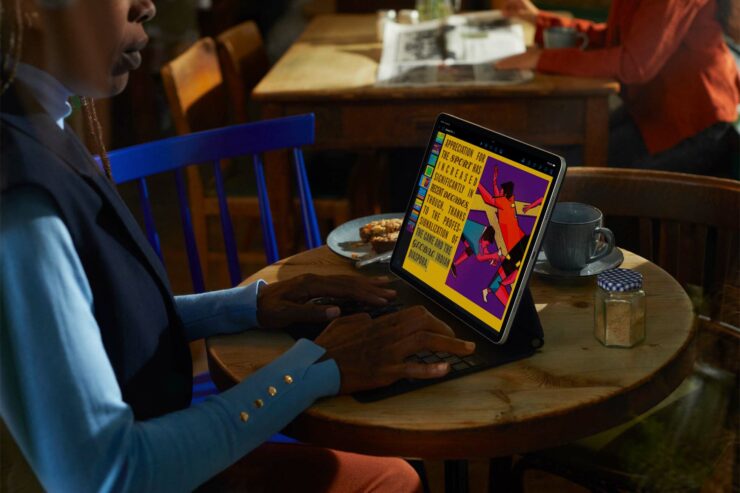 The M2 iPad Pro reviews are here, with the majority of them stating that Apple has retained the design, cameras, display, and other aspects of the older models while adding a chipset upgrade to the latest tablets. Let us see what other feelings critics have about Apple’s newest hardware.

Ingraham from Engadget says that the biggest change for the latest models is the M2, and that is about it.

“That new chip is by far the most notable change here. Otherwise, the design, screen, cameras, storage options, accessories and price are all the same. That’s not a big problem, though, because the iPad Pro was already an outstanding device — and the Liquid Retina XDR display Apple introduced on last year’s 12.9-inch model is still a simply outstanding screen. There are a couple new tricks here, like the Apple Pencil “hover” feature and the ability to shoot video in Apple’s ProRes codec, but by and large this iPad Pro isn’t angled at people who bought that M1 model. Instead, it’s just a case of Apple flexing its muscles by making the most powerful, spare-no-expense tablet that it can.”

In Mashable’s review of the 12.9-inch iPad Pro, Stan Schroeder believes that this product has become a symbol for professional users but implies that the software has limited these devices, so other customers should just pick up a laptop instead. For potential buyers that want better value, Schroeder believes people are better off getting the iPad Air powered by the M1 chip.

“Apple's iPad Pro is for professionals, but only a small niche of professionals can truly use it as a daily driver. Changes boil down to the new M2 chip that’s inside, making the Pro even more powerful, but you’ll be better off with a laptop.

The iPad Pro, especially in its 12.9-inch version, has truly become a device for professionals. If you need it, you already know why you need it, and given that it basically has no competition, you’ll put up with its drawbacks. You may also want it because it's simply Apple's most powerful, largest, and most gorgeous iPad. But when it comes to value for money, you'll probably do better to consider an iPad Air.”

Jason Snell from Six Colors somewhat criticized the older design of the M2 iPad Pro, stating that while it is a good design, Apple has yet to bring an overhaul for an aesthetic that has remained consistent for the past four years.

“There’s a new iPad Pro, too, with an M2 processor that makes it a match for the M2 MacBook Air in terms of speed. But in terms of its exterior design, the iPad Pro is largely unchanged from the 2018 model, previously revised in March 2020 and May 2021. That makes the fourth revision for this design without any substantial exterior changes. It’s a good design, yes, but it’s a little frustrating that it’s been in stasis for four full years.

I don’t have much more to say about the new iPad Pro. It’s really just the M1 iPad Pro, but with an M2. That’s not a bad thing, but it is a bit frustrating that while Apple is making changes to the iPad at the low end, the top-of-the-line iPad remains frozen in amber. As much as I’ve loved this iPad Pro design, I hope this is the last we see of it. It’s time for some more substantial improvements.”

After checking out some written reviews, you can view some videos below to get a better idea if you should upgrade or not.

Does this review roundup compel you to upgrade to the latest M2 iPad Pro range? Tell us in the comments.

The post M2 iPad Pro’s Biggest Change Is the Silicon, but Some Users Will Be Better off With a Laptop, According to Review Roundup by Omar Sohail appeared first on Wccftech.