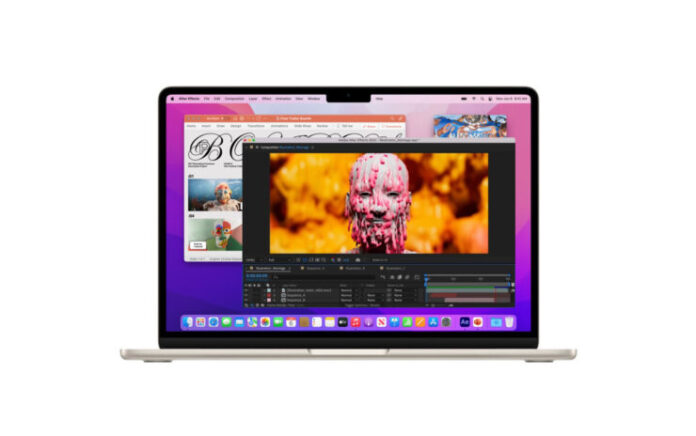 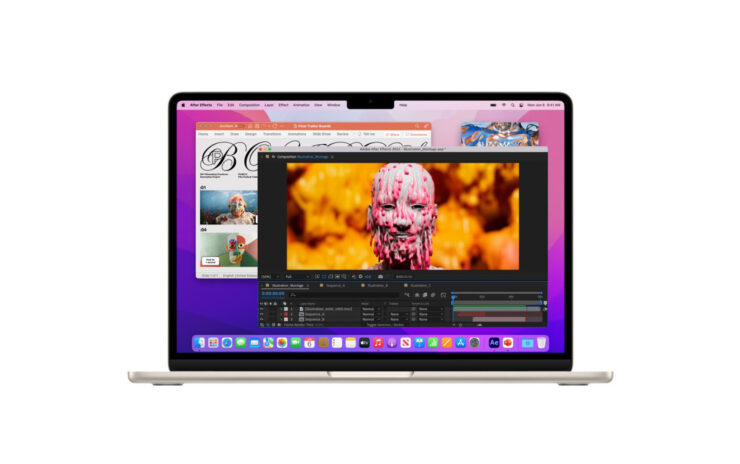 Irrespective of the improvements Apple has made to the M2 MacBook Air because it sports a fanless cooling solution, the redesigned notebook is unable to control the internal temperatures most of the time. According to a test run that mimics a sustained workload, the new MacBook Air loses around 25 percent performance compared to the M2 MacBook Pro.

M2 MacBook Pro Does Not Throttle Under the Same Sustained Workload, but Luckily, the M2 MacBook Air Throttles Less Than the M1 MacBook Air

A video review done by The Verge reveals that the M2 MacBook Air throttles to keep its temperature under the recommended limit. Despite the new M2 touting improvements over the M1, it cannot flex its muscles properly if there is inadequate cooling, and according to the test that was run, the end result shows precisely that. Running a benchmark like Cinebench R23 does not net you accurate readings since the test only lasts for a few seconds, which is not sufficient to properly showcase how the chip would perform if it was stressed for a longer time.

Thankfully, The Verge ran a 30-minute loop in the multi-core test run, painting a clearer picture as the M2 MacBook Air is put through a workload that lasts longer. Unfortunately, where the M2 MacBook Pro does not throttle in the same test since it sports a single cooling fan, the new MacBook Air is unable to keep pace with the other machine, losing around 25 percent performance in the multi-core test, despite sporting the same silicon.

Luckily, the M2 is said to be more power-efficient than its predecessor, and where the M1 MacBook Air loses 21 percent when running a 30-minute loop of Cinebench R23, the M2 MacBook Air performance drops by only 13 percent. Also note that not all countries experience the same climate, so depending on the ambient temperature, the new MacBook Air could lose more or less performance overtime.

Another drawback of owning the M2 MacBook Air is its slow SSD speeds, which Apple has likely done to reduce manufacturing costs. Check out the review video below to see how the machine’s performance was tested and let us know what you think down in the comments.