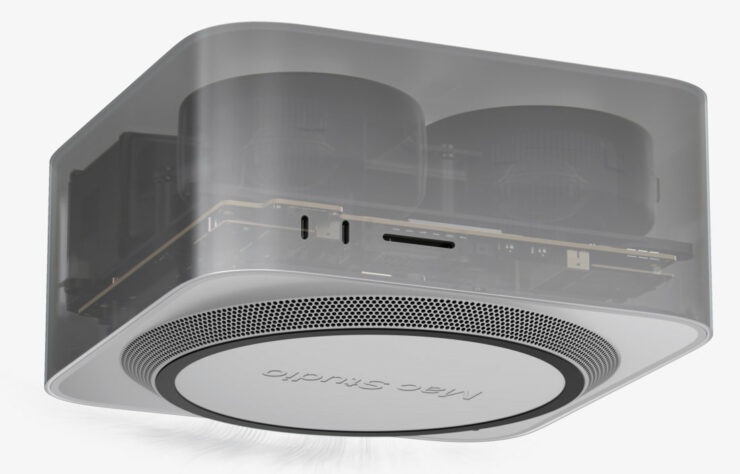 Apple’s Mac Studio, which can be configured to feature up to an M1 Ultra, the company’s fastest custom silicon to date, is having a hard time reaching consumers. The California-based giant launched the compact workstation around six months ago, and if you place an order right now, you will have to wait up to 10 weeks for the machine to reach your doorstep.

Reasons for the Mac Studio’s Delay Are Currently Undisclosed

More specifically, MacRumors reports that M1 Ultra configurations of the Mac Studio are currently facing delays by up to 10 weeks, though the Apple-focused publication did not provide any reasoning for this. Our guess would be that TSMC has been having a difficult time fulfilling M1 Ultra shipments to Apple since it also has to complete orders for other clients.

If customers want the less powerful version of the Mac Studio, which features the M1 Max, the same SoC fueling the redesigned MacBook Pro models, they have to wait between one to two weeks. If you are looking for a slightly less beefy variant of the M1 Ultra that sports up to a 48-core GPU instead of the 64-core one, the shipping time is at least seven weeks.

The shipping delay that spans more than two and a half months for the top-tier version could indicate that demand for the Mac Studio is insanely high. Considering the hardware found inside, the Mac Studio’s enclosure is significantly portable compared to what the competition offers, and with a healthy assortment of ports, users can also hook up a variety of peripherals, including a high-resolution monitor or multiple monitors, to increase their overall workspace.

Those who have yet to place an order for the Mac Studio can either muster up more patience or wait for Apple’s Mac Pro, which is said to feature a more powerful version of the M1 Ultra. According to previously reported evidence, the new Apple Silicon could comprise of two M1 Ultra dies combined together to make a single SoC, a process which the company likes to call UltraFusion.

That same process combined two M1 Max dies to make the M1 Ultra. Before the arrival of the Mac Pro, Apple would likely want to clear out all Mac Studio stock, but another strategy could be to sell the compact powerhouse for a lower price when the new machine arrives.

The post Mac Studio Continues to Face Shipping Delays up to 10 Weeks Despite Apple Launching It 6 Months Ago by Omar Sohail appeared first on Wccftech.