Meet The Slowest Graphics Card of 2022, The Chinese Glenfly Arise GT10C0 With A Whole 1.5 TFLOPs of Power on 28nm Node 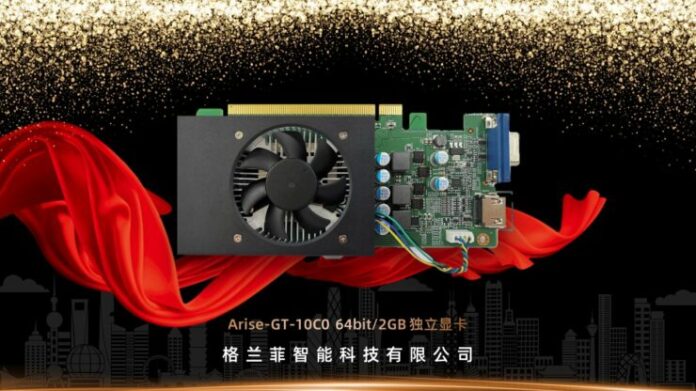 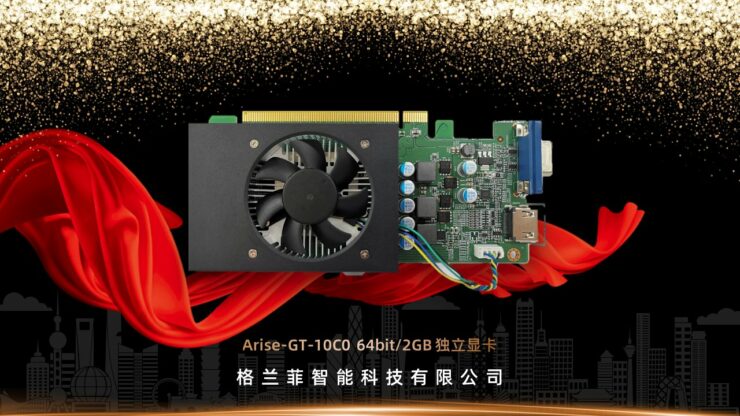 It's not the NVIDIA GeForce GTX 1630, it's not the AMD Radeon RX 6400 & it's definitely not the Intel Arc A380 but the slowest graphics card of 2022 is the Chinese Glenfly Aris GT10C0 which is barely faster than a modern-day integrated GPU.

The Chinese Domestic market has been making slow but steady progress in homegrown chips such as CPUs and GPUs. Zhaoxin, the manufacturer of the Glenfly Arise GT10C0, recently unveiled its full specifications. The graphics card is based on a custom GPU design that is based on a 28nm process node and features a clock speed of 500 MHz. The graphics card comes in 2 GB and 4 GB flavors and this is not your standard Graphics DRAM (GDDR) but the generic DDR4 DRAM clocking in at 1.2 GHz which does make sense considering the lowly nature of this graphics card. The memory is featured across a 64-bit bus for the 2 GB and 128-bit bus for the 4 GB variant.

Glenfly's Arise GT10C0 graphics card comes in a very small form factor design HFHL (Half Height / Half Length) with a single-slot form factor. It uses a PCIe Gen 3.0 x8 interface and delivers up to 1.5 TFLOPs of FP32 Compute horsepower. Other performance figures include a 48 GPixel/s Pixel and a 96 GTexels/s Texture fill rate. Even at 1.5 TFLOPs, the NVIDIA GeForce GTX 1050 which is almost 6 years old now, offers 24% higher compute while the GT 1030 sits at 26% slower than the Glenfly Arise GT10C0. Even an integrated Radeon 680M GPU featured on the Ryzen 6000 APUs offers more than twice the TFLOPs than Zhaoxin's latest creation.

The graphics card comes with DirectX 11, OpenGL 4.5, and OpenCL 1.2 support. It also offers HEVC / H.264 Decode and Encodes capabilities. Furthermore, it is supported in Windows, Ubuntu & a list of Chinese operating systems plus it can run on both Intel and AMD platforms. As for performance, the Glenfly Arise GT10C0 scores 2342 points in GLMark 2 benchmark which is specific to the Linux OS and makes use of OpenGL ES 2.0. There's not a whole lot of data available in this specific bench but Videocardz mentions that the GPU offers 3x higher performance than the Radeon 520 based on the GCN 1.0 which may be an achievement for the Chinese market but not at all comparable to existing graphics cards.

With that said, the Glenfly Arise GT10C0 isn't designed to compete with any current-gen graphics card and aims to replace entry-level solutions from Intel, NVIDIA, and AMD in the domestic work space such as offices and schools. If that's the entire purpose of this graphics card, then Zhaoxin's efforts aren't in vain and it's actually a decent product if priced under the sub $50 US segment or even lower. Companies can buy it in bulk and offload certain light-weight tasks to the GPU when paired with a low-end CPU that doesn't have iGPU capabilities.

The post Meet The Slowest Graphics Card of 2022, The Chinese Glenfly Arise GT10C0 With A Whole 1.5 TFLOPs of Power on 28nm Node by Hassan Mujtaba appeared first on Wccftech.