MicroStrategy’s Michael Saylor Wanted People to Mortgage Their Houses and “Buy Bitcoin,” but the Company Itself Is Now About To Face a Margin Call 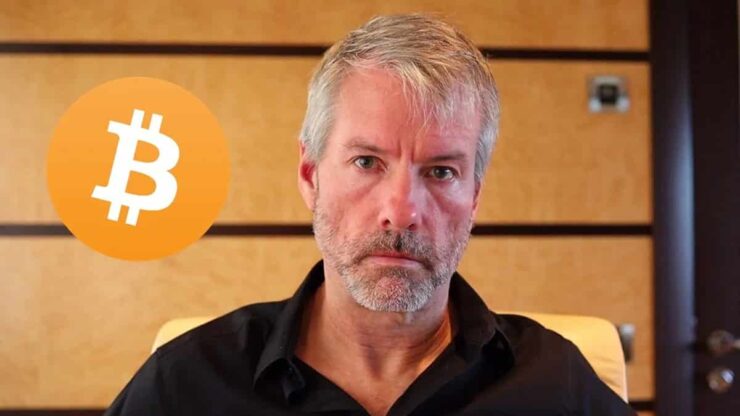 Bitcoin is crashing today amid a resonant cry from various quarters of the financial media, gleefully announcing the death of the world’s largest cryptocurrency for the umpteenth time and then some.

As we’ve noted a number of times in our posts, a typical bear market for Bitcoin sees its price crash around 80 percent relative to the preceding all-time high. It is for this reason that we expect Bitcoin to bottom somewhere between $15,000 and $20,000, provided that the trough coincides with a flush in the S&P 500 index towards the $3,400 price level. Given the existing correlation regime between US equities and Bitcoin, one can’t bottom without the other.

So, what has spurred the latest weakness in Bitcoin and the broader risk universe? Well, as we detailed earlier today, the much-anticipated US CPI report for the month of May is being widely panned for ushering in the latest bout of liquidations. To wit, the headline inflation for May rose 8.6 percent on a year-on-year basis to the highest level since 1980. Core inflation – a metric that excludes the more volatile food and energy items – also came in hotter than anticipated. This development firmed up the Federal Reserve’s interest rate increase trajectory by removing the so-called interest rate hike pause that the market had started to price in for the month of September.

With the market now expecting ten interest rate hikes of 25 basis points through the remainder of 2022, it is hardly a surprise that risk assets are getting hammered. As a refresher, rising interest rates spell trouble for growth-heavy, high beta stocks as they reduce the present value of future cash flows (by increasing the discount rate for such cash flows), thereby reducing the appeal for holding such equities. Given the ongoing high-correlation regime between Bitcoin and US equities, spurred by synchronous waves of liquidation in recent times, Federal Reserve’s hawkish stance is also spilling into the crypto sphere.

Of course, Bitcoin, Ethereum, and the rest of the crypto sector are also being hammered today by the de-pegging that is currently being witnessed in Lido-staked Ethereum (stETH), a Decentralized Finance (DeFi) variant of Ethereum that is issued against staked Ethereum coins. stETH can be redeemed for Ethereum on a 1:1 basis but only after the Ethereum 2 transition takes place following the merge event in late 2022 or early 2023. stETH started de-pegging from its theoretical 1:1 ratio with Ethereum on Thursday when Alameda Capital dumped stETH worth around $1.5 billion, reducing its stETH holdings to zero in the process. Since then, the peg has not been restored, leading to a cascade of liquidations across the DeFi space where stETH is commonly used as collateral. This is severely impacting the sentiment around Ethereum and Bitcoin.

This brings us to the crux of the matter. MicroStrategy’s CEO, Michael Saylor, had gone on record recently to urge investors to “buy Bitcoin” with whatever they had, going so far as to suggest that investors mortgage their houses and plough the receipts into Bitcoin.

You can watch the pertinent clip here:

The basic tenet of investment is to never risk what one can’t afford to lose. Michael Saylor’s imprudent advice to ordinary investors is now being rightly panned as Bitcoin continues to proceed with a painful bottoming-out process.

Of course, it is ironic that MicroStrategy is itself about to suffer a margin call. To wit, the company had announced back in May that if the price of Bitcoin were to fall below $21,000, it would face a margin call on a $205 million Bitcoin-collateralized loan from Silvergate Bank.

Of course, MicroStrategy still has sufficient unencumbered Bitcoin to meet this margin call if it occurs. With Bitcoin currently trading at the $22,000 price handle, there remains a material probability that MicroStrategy faces this margin call in the days ahead. Nonetheless, this episode highlights the importance of risk management, especially for small investors whose savings might not be sufficient to absorb huge losses that typically entail a Bitcoin bear market. Risk only what you can afford to lose and do not follow investment advice blindly – this is a painful lesson that many investors are learning today.

The post MicroStrategy’s Michael Saylor Wanted People to Mortgage Their Houses and “Buy Bitcoin,” but the Company Itself Is Now About To Face a Margin Call by Rohail Saleem appeared first on Wccftech.