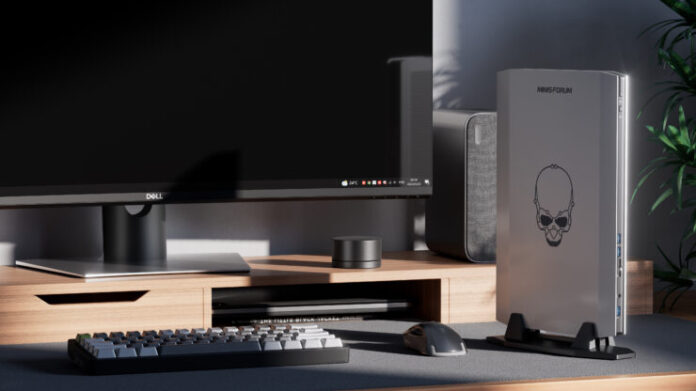 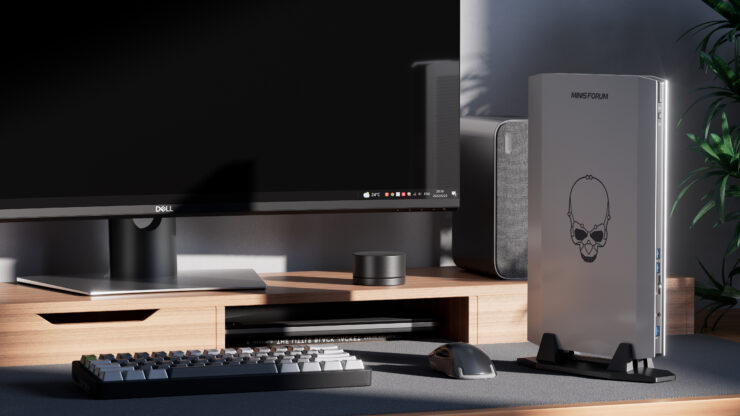 Press Release: Minisforum is going to launch two new Intel chip mini PCs which are named NUCXI5 and NUCXI7. Both of them will share the same case design, equipped with a discrete graphics card, and will come with a thunderbolt port to perform ultimate gaming performance.

Both computer sizes are only 80mm x260mm x394mm. They support totally up to 64Gb of DDR4 dual channel memory. They have two M.2 2280 PCIe slots for storage expansion and can be connected to 2 monitors at the same time using 1 HDMI and 1 thunderbolt 4 port. If bought with storage, they will come with Windows 11 pro-pre-installed.

Both Minisforum's NUCs come with the following I/O ports:

The pricing and availability are yet to be detailed but design-wise, these NUC Mini PCs are really slim and come with a perforated shroud to vent hot air out. There are also several exhaust vents residing on the back next to the I/O ports. Since these are part of the Intel NUC family, the outer case shroud features the iconic Intel 'Skull' logo.