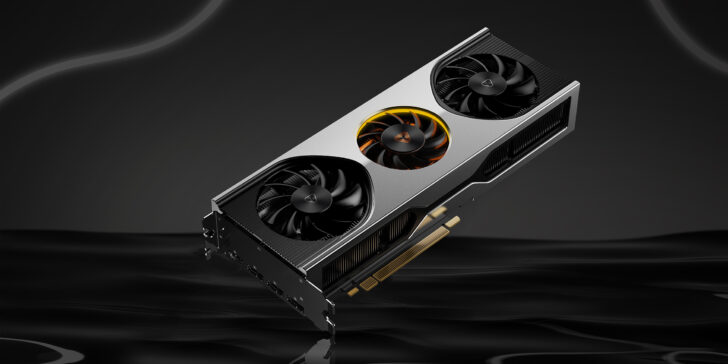 According to Moore Threads, the Chunxiao GPU is a multi-function chip that features 22 Billion transistors and is the first GPU product in the industry to utilize PCIe Gen 5 protocol. The GPU is fused with the newest MUSA architecture which is a general-purpose computing core and tensor computing core that supports FP32, FP16, and INT8 instructions. The GPU supports a high-end GDDR6 video memory interface and a new MUSA IME (Intelligent Multimedia Engine) 2.0 that supports up to 8KJ display output.

Compared to their last-gen "Sudi" GPU, the new chip offers up to 3x rasterization performance, 4x the encoding performance, and 2x the decoding performance while AI processing is also increased by a factor of 4 times. The higher-speed memory interfaces provide the GPU with a 30% bandwidth boost. Next up, we have the products.

The Moore Threads MTT S80 is purely focused on gamers. It features 4096 MUSA streaming cores and runs at 1.8 GHz, providing users with 14.4 TFLOPs of compute performance. While gaming is its focus, the graphics card can also be used for 3D rendering and AI processing. The graphics card is equipped with a dual-slot and triple-fan cooling system. It comes with a  PCIe 5.0 x16 slot, offering up to 128 GB/s of bandwidth. The card is also equipped with 16 GB of GDDR6 memory. As for the display outputs, the graphics card supports 3 DisplayPort 1.4a and a single HDMI 2.1 port.

Moore Threads is really betting on the gaming prowess of its MTT S80 graphics card and will be offering its latest PES (Perfect Experience System) control center that allows users to control and customize various functions of their graphics cards while easily receiving the latest driver updates.

The second graphics card on the block is the Moore Threads MTT S3000 which is aiming at the server market and equips the same 4096 MUSA and 128 dedicated tensor core units. The GPU runs at a slightly higher 1.9 GHz frequency and offers 15.2 TFLOPs of compute performance. Both cards deliver the same 448 GB/s of bandwidth but the STT 3000 comes with a passively cooling design.

The Moore Threads MTT S80 is expected to be available on 11th November with limited sales while the MTT S3000 is expected to follow that soon after. There's no word on the pricing yet but they (Moore Threads) are expecting to be highly competitive against NVIDIA and AMD GPUs in the China domestic market.